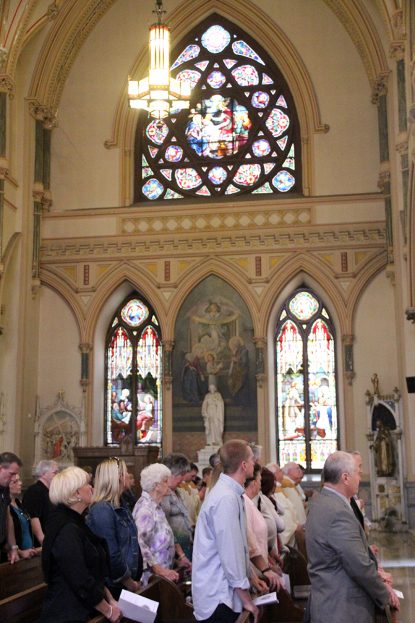 St. John the Baptist Church in Manayunk, shown in this 2014 file photo, will celebrate its 190th anniversary with a Mass and dinner reception April 30, 2022. (Photo by Sarah Webb)

St. John the Baptist Parish in Philadelphia’s Manayunk section is celebrating its 190th anniversary with a jubilee Mass and dinner reception on Saturday, April 30.

Archbishop Nelson Perez will be joined by Msgr. Kevin Lawrence, pastor, as celebrants for the 4 p.m. Mass in the church located at 119 Rector Street. Also joining them at the altar will be current and former priests plus deacons who have served the parish.

Invited guests include members of religious congregations who taught at St. John School and at St. Mary of the Assumption and St. Josaphat schools. After the schools closed in 2006, the three parishes merged in 2012.

All steadfast parishioners, community members and graduates of the former schools are welcome to participate in the Mass.

St. John the Baptist Parish had planned to celebrate its anniversary in April 2021 with the theme “190+ Years Uniting God and the Community” but due to the pandemic it was postponed for a year.

It was the latest of many changes in the Manayunk community over the past two centuries.

St. John’s traces its roots to 1831 when Jerome Keating, a local mill owner, gifted his property and built a church to serve the growing Catholic population in Manayunk. Through his generosity and his wife Eulalia’s devout faith, it became the first archdiocesan parish at that time to be established outside of center city Philadelphia.

Today it is the 10th oldest active parish in the Philadelphia Archdiocese.

While the churches were being built for the new immigrant Catholics in Manayunk, the basement chapel beneath St. John’s served as a worship site that could accommodate up to 1,400 people.

The basement space that nursed those fledgling parishes will host the April 30 jubilee reception after the Mass, with a performance of the Quaker City String Band, dinner and dancing.

The Jubilee Mass will be livestreamed to the parish’s Facebook page.

Those interested in attending the dinner reception may purchase tickets at $35 per person through the parish’s website at StJohnManayunk.org on the Donate Now page, or call the parish office at 215-482-4600. 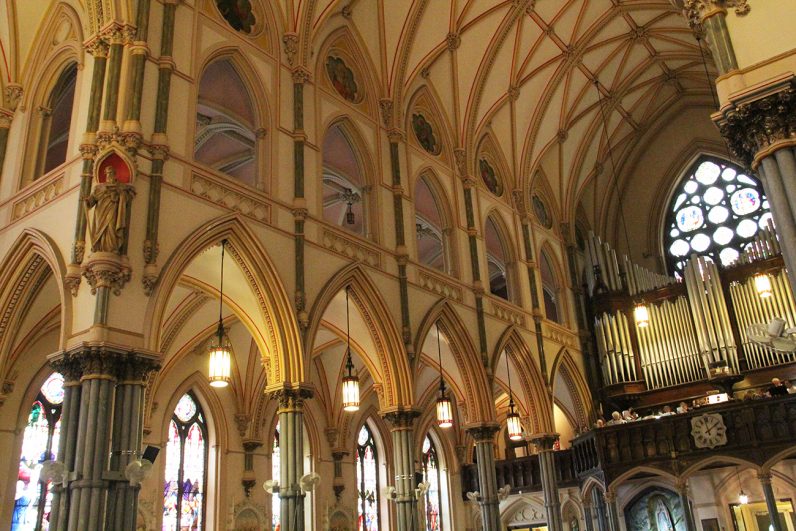 St. John the Baptist Church in Manayunk, shown in this 2014 file photo, will celebrate its 190th anniversary with a Mass and dinner reception April 30, 2022. (Photo by Sarah Webb)

PREVIOUS: Program helps Catholic schools to ‘run like business, on a mission’

NEXT: Family Festival aims to build up families post-pandemic