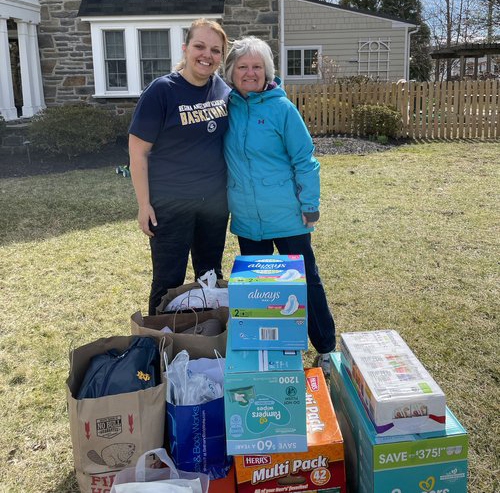 Dr. Anna Wojciechowski, left, launched Victoria’s Veselka — named after her late infant daughter and the Ukrainian word for “rainbow” — to aid some of the 5 million Ukrainian refugees fleeing Russia’s invasion of their country. (Victoria’s Veselka)

When Russia launched its Feb. 24 full-scale invasion of Ukraine, Dr. Anna Wojciechowski felt both dread and a sense of déjà vu.

In 1944, her own father had fled Ukraine as a seven-year-old boy when Soviet forces edged out Nazi occupiers.

At the same time, her mother’s family was forced off its farm and escaped to eastern Poland, where her mother grew up under “horrible communist persecution,” said Wojciechowski, a Montgomery County resident and a parishioner at the Ukrainian Catholic Cathedral of the Immaculate Conception in Philadelphia. “They couldn’t speak Ukrainian there, and the Ukrainian Catholic churches were closed.”

Now, as Russian tanks have rolled into Ukraine over the past several weeks, Wojciechowski has “watched in horror,” she said. “It reminds me of what seemed to be the long-ago history of my own father and mother. My soul has a deep sadness and sorrow, just … knowing this is happening again.”

Although she admits “there are no words to describe the pain and how much it’s affecting” her family, Wojciechowski has turned her anguish into action through Victoria’s Veselka.

At this time, Wojciechowski and her team are not accepting clothing due to “an overwhelming amount already received,” she said.

To “give the refugees dignity,” Wojciechowski is asking that “all (donated) items be new” rather than used.

The supplies are being delivered to the Ukrainian Educational and Cultural Center in Jenkintown and to the United Ukrainian American Relief Committee in Philadelphia, where they are packed and shipped to Poland, which has so far taken in close to 3 million Ukrainian refugees.

Monies collected through Victoria’s Veselka are used to purchase combat boots, helmets and thermal wear for Ukrainian soldiers through the online Polish shop allegro.pl for distribution by ground troops at the Polish-Ukraine border. 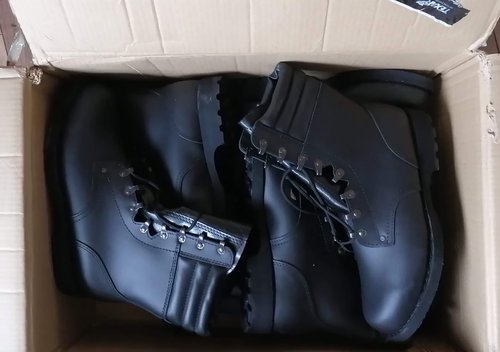 The response has been “phenomenal,” said Wojciechowski.

“It was supposed to be a small effort for our kids’ school,” she said. “Someone posted it on social media, and that’s when it turned into a big deal. People have been donating from all over, bringing stuff continuously.”

That generosity counters the brutal headlines that have emerged from the war, which was launched just eight years after Russia annexed Ukraine’s Crimean Peninsula and backed separatist republics in Ukraine’s Donetsk and Luhansk regions.

With thousands killed, discoveries of civilian atrocities following the latest Russian occupation – including mass graves, summary executions and survivor accounts of rape and torture – have prompted a number of internationally-led criminal investigations. Ukraine President Volodymyr Zelensky has called for a Nuremberg-style tribunal to hold perpetrators accountable.

“There is this trust, this compassion in the human heart — they trust me, (although) they don’t even know me,” she said. “But they’re willing (to give), because they just so desperately want to help others. It gives me hope for humankind.”

That hope is divine in origin, she added.

“It’s like God’s imprint on our heart,” said Wojciechowski. “You can’t get away from that, from his love.”

For more information and to donate to Victoria’s Veselka, visit the organization’s website.

PREVIOUS: Sign of peace makes return at Masses this weekend

NEXT: Persons with disabilities ‘help others become whole,’ says archbishop