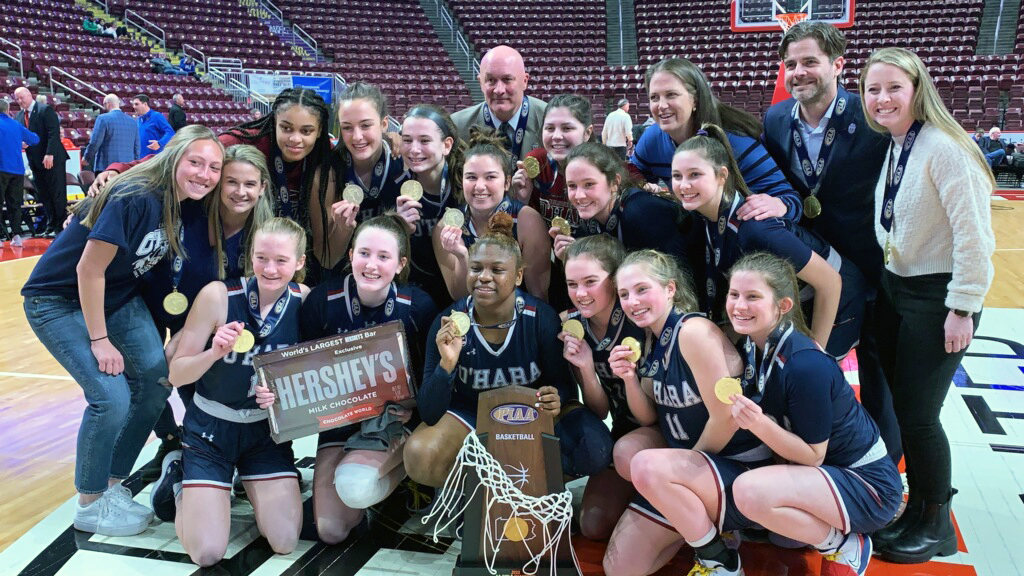 The last practice of the season occurred on March 24. The state championship would come 24 hours later.

Annie Welde had a message for her coach, Chrissie Doogan.

“Tomorrow,” she said, “is the Feast of the Annunciation. We’re good.”

Because Havertown’s Annunciation B.V.M. has been her lifetime parish, the Cardinal O’Hara senior was more aware of the Catholic holiday than most.

Add that to March 25 being the one-year anniversary of her grandmother’s passing, Welde felt ultra confident that the Lions would emerge victorious.

She wouldn’t be disappointed.

“I knew we had everything on our side,” said Welde, a second-team All-Catholic. “Annunciation has been my parish my whole life, and my dad actually grew up in Annunciation Parish. I went to school there until I was in third grade, and then we had merged with our neighboring school, St. Denis. I graduated from Cardinal Foley (School), but played sports for my parish, which had always been Annunciation.”

Welde said she does “consider myself religious for someone my age.”

“I grew up in a house that set a great example,” said Welde, “and was taught that faith always is the most important thing.” 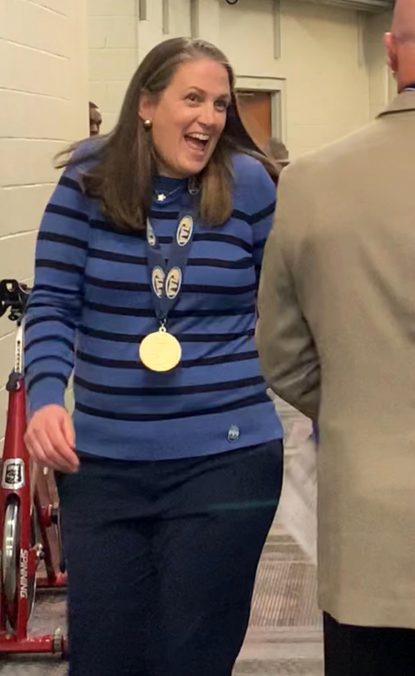 Cardinal O’Hara girls basketball coach Chrissie Doogan is all smiles as she prepares to enter a boisterous locker room after the team’s Class 5A PIAA championship win. (John Knebels)

Chrissie Doogan will miss her senior trio of Welde, Sydni Scott and her daughter Maggie. All three will play Division I hoops next season at Villanova, Marshall and Richmond, respectively.

Scott finished as a four-time, first-team All-Catholic. Doogan, who also starred in last year’s state final, was named first team the past two years. Welde’s contributions – particularly her rebounding – have proven to be key to her teammates’ success.

“Annie Welde never had a bad day in her life,” said Doogan. “The kid comes into the gym and smiles. She’s made Maggie’s job a lot easier the past four years. She helps with the rebounding and she helps with the big girl defense. They’ve been a really good duo.”

A former star at O’Hara and La Salle University, Doogan became one of only four coaches to author a Catholic League championship and state title in the same season. She and Maggie became the first mother-daughter combo to capture a state title twice.

“Maggie put a lot of pressure on herself to lead this team to a PCL and another state championship,” said Doogan. “She wanted it. She went out and got it. I’m really proud of her. I don’t think it will sink in for a couple of weeks when we’re not going to they gym on Monday. And things like that.”

NEXT: Wood’s girls seize Class 4A state title for 7th time since 2010