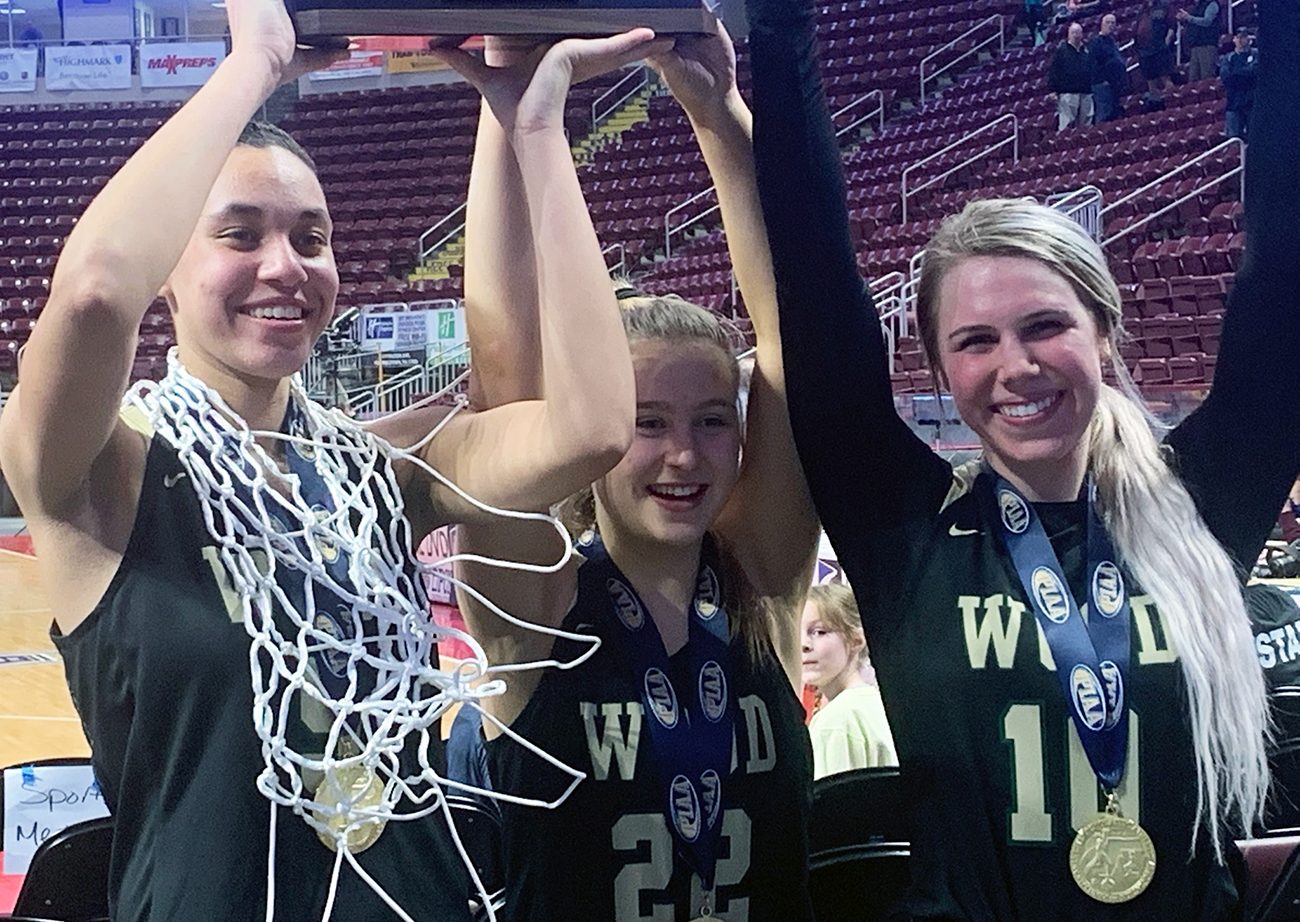 Archbishop Wood seniors (from left) Ryanne Allen, Shannon Morgan and Bri Bowen led the Vikings past Lansdale Catholic, 57-45, in the PIAA Class 4A final for its seventh state championship since 2010. (Photo by John Knebels)

The Vikings have seized Pennsylvania’s top prize seven times since 2010.

“When you walk in the gym at Wood, the first thing you see is the banners on the wall,” said Allen. “To be able to know you were a part of two of them, and remembering the people you did it with, is awesome.”

Allen, who will play at Vanderbilt University next year, finished her career with 1,418 career points, second most in school history, just behind 2021 alum and current Villanova University freshman Kaitlin Orihel’s 1,462.

Against Lansdale Catholic, which finished fourth in the Catholic League this year, Allen hit four three-pointers and scored a team-high 17 points in 31 minutes.

Bowen enveloped 14 points, seven rebounds, four assists and a steal. She drilled eight-of nine from the foul line during a 43-second stretch over the final minute of regulation.

In addition to 15 points and three blocks, Evans snared a state-record 20 rebounds.

“I was just trying to do anything I could,” said Evans. “Everyone played an important part of this win.”

The University of Delaware-bound Bowen summarized the past two years that have included a Catholic League title in 2021 and the two state championships.

“Playing at the Giant Center and being able to win back-to-back state championships will be something I will never forget,” said Bowen. “Being on the court with my teammates and coaches and storming the court, holding up the state championship trophy and Hershey bar will be a memory forever.”

Allen already finds it somewhat difficult to digest that her incredible high school career is over.

“Since the championship, and with the season ending, I’ve been able to kinda wrap my head around the fact that this chapter is really over,” said Allen, the PCL Most Valuable Player. “Looking back on the past four years, it’s kinda remarkable what we’ve been able to do and overcome, especially under certain circumstances with the season getting canceled (in the state quarterfinals in 2020) and then having to deal with COVID the following year.

“And adding the PCL chip and what it took to get that … it’s special, and I’m super thankful to have had these experiences.”