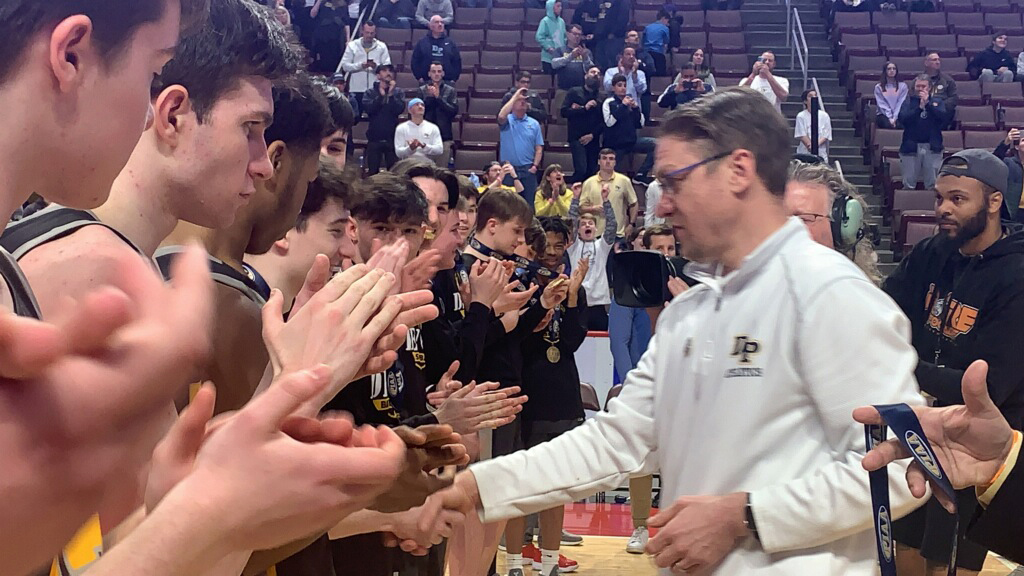 Outside of their own community, few people expected Devon Prep to finish the season as basketball state champions.

So how to explain the hardware that might still be displayed in the school’s main office?

A week after the Tide dispatched Aliquippa, 76-58, in the PIAA Class 3A state final at the Giant Center in Hershey, Pa., Devon Prep coach Jason Fisher was asked to choose two players whose contributions might have been lost along the glorious journey.

“Ty was asked to do so much, you forget that he was only sophomore,” said Fisher. “He had the ball in his hands a majority of the time and under constant pressure. He handled that pressure and guided the team in a way that was well beyond his years. I cannot wait to watch him continue to develop and grow. He works so hard at his game. He’s going to be awesome to watch.

“Jake Kenney brought such a quiet leadership to the team. He was hurt for a lot of the season, but with Jake in the lineup, the team only lost two games. He really provided a toughness to the team that carried us in difficult times.”

That Fisher even asked to assess his state champions defied long odds.

As a District 12 three-seed, the Tide became the tourney’s “fun” story when they whipped District 1 champ Dock Mennonite, 71-48, in the first round. They raised a few eyebrows with a scintillating 76-73, second-round victory over District 3 champ Columbia.

Up next in the quarterfinals stood imposing West Catholic, which had finished 12-1 in the Philadelphia Catholic League and had defeated the Tide twice in a five-day stretch – 77-57 in a regular-season finale, and 68-56 in a PCL quarterfinal.

No matter. The Tide stunned the heavily favored Burrs, 60-51.

Then yet another District champ – Holy Redeemer from District 2 – posed as a rugged obstacle in the semis. In an overtime thriller, the Tide stunned the Royals, 73-72, and kind of out of nowhere, Devon Prep found itself at the Giant Center taking on Aliquippa.

By that point, nothing could stand in Devon Prep’s way.

“The turning point of the season was probably after we lost to West Catholic in the PCL playoffs,” said Kenney. “It was late in the season, but after that loss, we broke everything down and worked as hard as we had all season in those two weeks before our first-round game. That loss to West in the playoffs humbled us and ultimately led to us winning the championship.”

The other two (along with one rebound) were scored by Kenney, who relished his four minutes off the bench.
“My role was not to score 20 points a game,” said Kenney, who shared captain duties with Pettit IV and Mishock. “My role this year was to be a leader on and off the court. This team had all of the talent and basketball IQ in the world, but we just needed leaders to take us to the next step.

“Coach and I discussed this before the season, and I took pride in filling this leadership role along with my fellow captains.”

As for Mishock, his 13 points, four assists, and game-high five steals in 29 minutes as a starter remains secondary to the overall experience of capturing the state crown.
“It still feels awesome,” said Mishock, who values his playmaking ability more than his scoring. “Looking back on all the games, it brings a smile to my face. The state championship win feels great, but the time with my teammates, the locker-room talks, bus rides, things like that, is what I’m going to cherish the most. Can’t wait to do it again.”

Mishock recognizes that few players become a captain so early in their career, but he doesn’t disagree with the selection.

“My role this past year was being a leader,” said Mishock. “Always talking, directing traffic, etc. Also setting my teammates up to succeed. Getting them involved and making them better.
“I believe a captain has less to do with my age and more about how I play the game. Being the first to win sprints, drills … I try to lead by example with the things above. I try to be the coach on the court.”

Like everything for Devon Prep in the state tournament, it worked. 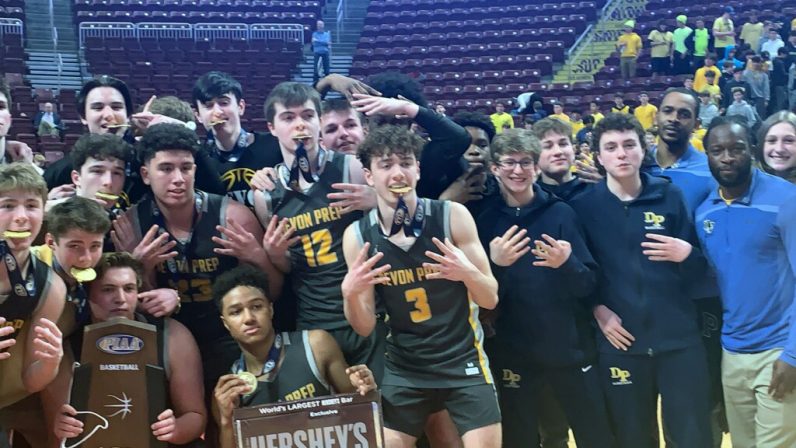 PREVIOUS: Neumann-Goretti’s state title a team effort for the ages