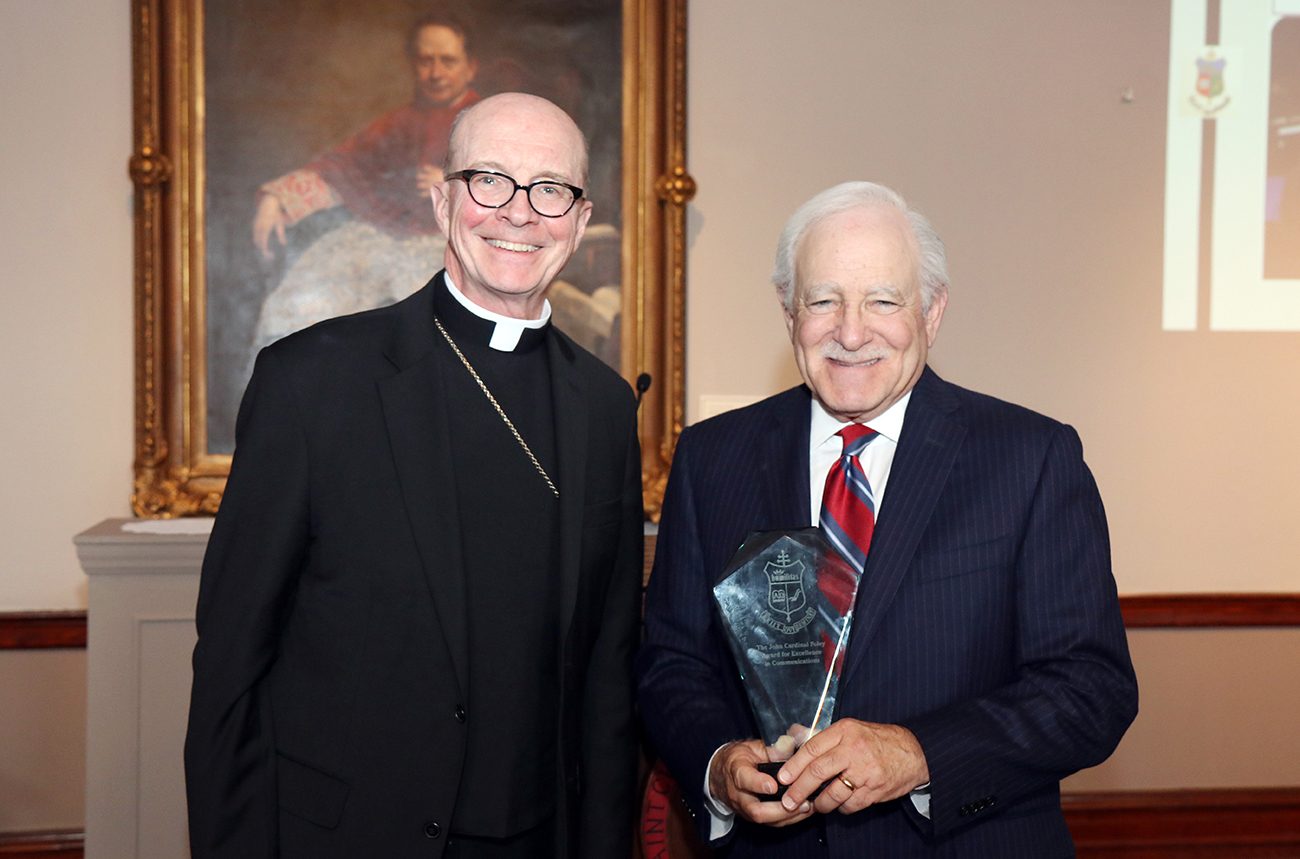 Retiring TV news icon Jim Gardner recalled his dozens of milestone dispatches from the Vatican and reports on papal events around the world as he was honored May 26 with the award named for the Philadelphian who became one of the Catholic Church’s foremost communicators in the modern age.

The John Cardinal Foley Award for Excellence in Communications was given during an event at St. Charles Borromeo Seminary to Gardner, the 6ABC veteran of the Philadelphia broadcast scene who has anchored Action News for more than 45 years. Gardner is retiring at the end of the year from the city’s longtime top-rated news station.

Cardinal Foley, a Philadelphia native who served the universal church as president of the Pontifical Council for Social Communications from 1984 to 2007, died in 2011. He also served as Grand Master of the Equestrian Order of the Holy Sepulchre of Jerusalem from 2007 to 2011.

Prior to an award luncheon, Gardner participated in a town hall discussion with about two dozen people on themes covering journalism, civic issues and significant events in Gardner’s career. The forum was moderated by Angela Corbo, a communications professor at Widener University and Matthew Gambino, editor of CatholicPhilly.com.

During remarks at the award program Gardner recalled covering two papal visits to Philadelphia — St. John Paul II in 1979 and Francis in 2015 — and numerous events at the Vatican and elsewhere around the world.

He said preparation is the key to good journalism, but never was that more true for him, a Jewish guy getting ready to cover the pope. Gardner visited a bookstore and bought everything he could on the Catholic Church before John Paul II’s historic visit to the city. 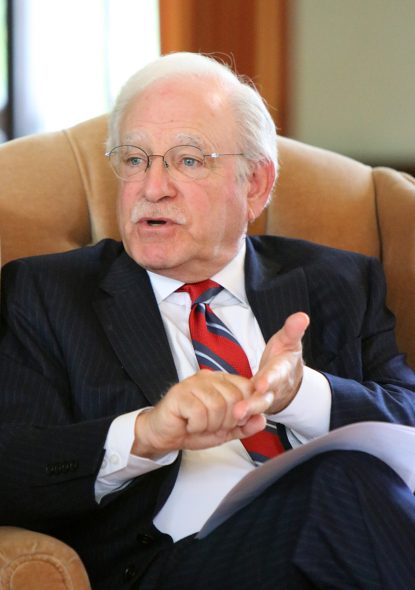 “I was more immersed in religious ritual than at any time since my own Bar Mitzvah,” he said.

Gardner covered the funeral of Pope Paul VI at the Vatican and visits by Pope John Paul II to Cuba and the Holy Land. He covered events in the Archdiocese of Philadelphia in the terms of five archbishops.

He called John Paul II’s 2000 visit to the Holy Land “to restore the historically strained relationship between Jews and Catholics” as having had “the greatest impact on my journalistic career.”

Gardner said the visits to Philadelphia by two pontiffs — separated by 36 years — were both spectacles, but quite different mostly because of heightened security around a pope and any dignitary in recent times.

“John Paul II would walk over here, walk over there; it was almost quaint by comparison to the Francis visit.” Still, he described the popemobile loop by Francis on the Benjamin Franklin Parkway as “breathtaking.”

Gardner recalled visiting the home diocese in Argentina of Cardinal Jorge Mario Bergoglio, the man who would become Pope Francis.

“Just the mention of Bergoglio and we were greeted with smiles, and even some tears,” he said.

Gambino recalled Cardinal Foley, his predecessor at the helm of the archdiocesan newspaper The Catholic Standard and Times and forerunner to CatholicPhilly.com, as a man who considered the work of journalists “sacred.”

“May you continue to bring people to truth and love to a society which needs them both,” Gambino told Gardner and assembled journalists at the seminary, attributing a quote of the late cardinal who was a lifelong journalist.

Cardinal Foley became known as “Father Christmas” for his work as an English broadcaster during Christmas Mass from the Vatican for many years. 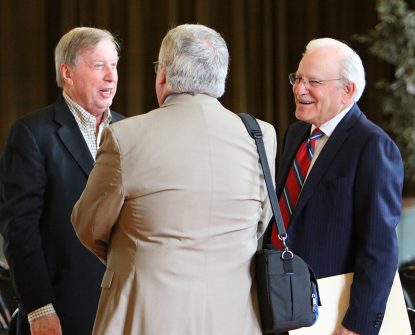 Ray Didinger, a past recipient of the Cardinal Foley Award, joins Jim Gardner in a discussion with fellow journalists. (Sarah Webb)

Past winners of the Foley award in attendance included Pat Ciarrocchi, formerly of CBS3, and Ray Didinger, a Hall of Fame sportswriter and legendary Philadelphia Eagles commentator who began his career covering the Eagles at the now-defunct Evening Bulletin.

Didinger is a longtime football analyst on local TV and radio who announced his retirement this month. He will conduct his final radio shows this weekend on 94.1 FM.

Begun in 2013-14, the John Cardinal Foley Chair at St. Charles supports the work of the church in the realm of social communications by teaching seminary students and church groups, working with staff in parishes and dioceses, and engaging in dialogue with journalists and media professionals.

A graduate of St. Charles, Cardinal Foley was ordained a priest in Philadelphia in 1962. He was a longtime editor of The Catholic Standard and Times until 1984 when he was called for service in Rome. 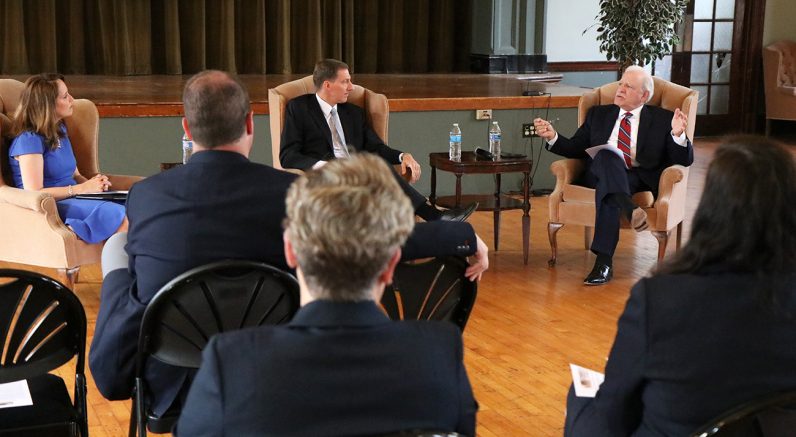 PREVIOUS: Novena to lead virtual pilgrimage for peace in Ukraine

NEXT: On Memorial Day, Ukrainian Americans honor fallen here and in Ukraine