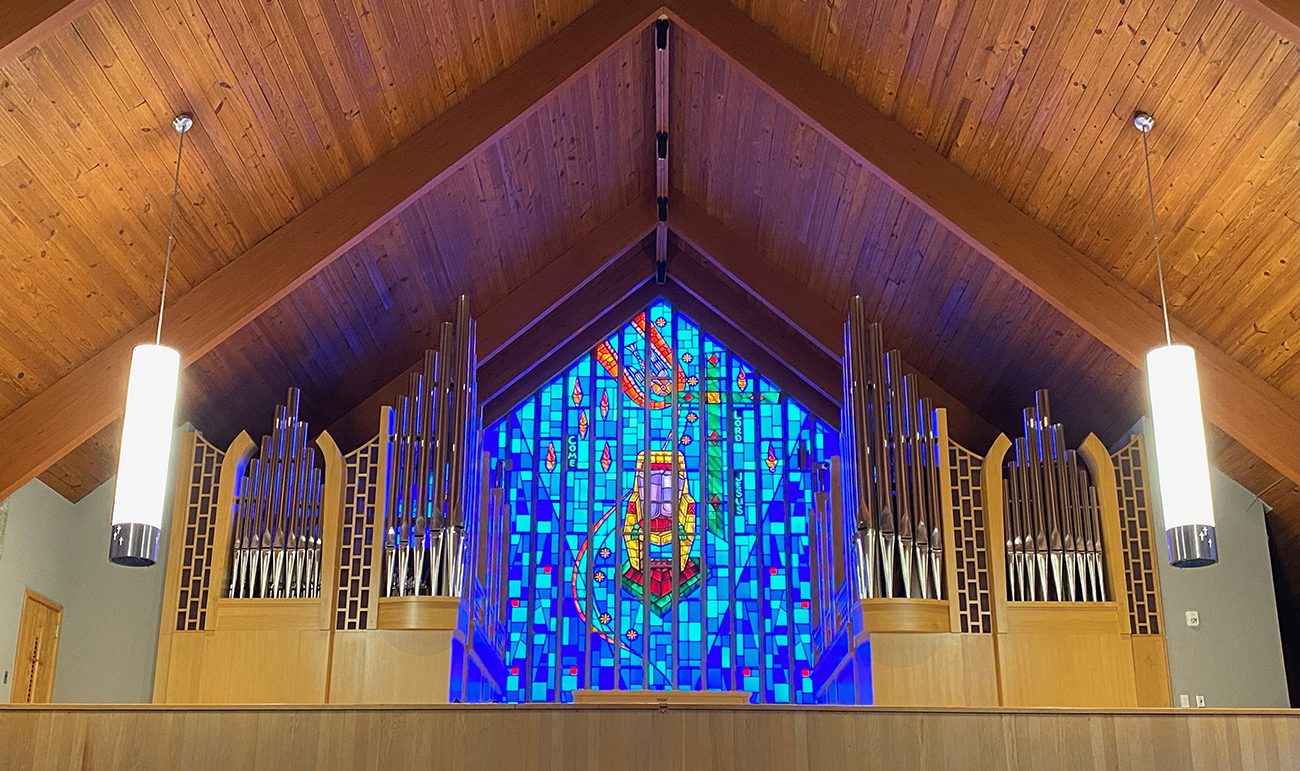 The choir loft at St. Katharine of Siena Church, Wayne, is home to a new custom pipe organ.

St. Katharine of Siena Church in Wayne has welcomed the installation of its new custom pipe organ, which began leading the congregation in song starting this Easter.

The more than 2,000 pipes – ranging from the 16-foot mahogany principals to the 6-inch flutes – together with the 2,500 pound console are part of the instrument hand-made by Fratelli Ruffatti, a world-renowned organ builder in Padua, Italy.

While Ruffatti organs can be found all over the world, there are only three in Pennsylvania and none like the St. Katharine’s organ in the Philadelphia area.

The parish’s organ story began in 1965 when a new church was constructed to replace a smaller, outdated building from 1895. A generous donor gifted an organ that had been used at an organ teachers’ convention but was never intended for church use.

It lacked crucial features such as volume control, was in constant need of costly repairs and was placed in the choir loft which led to logistical and acoustic problems. The organist frequently had to dash into the organ chamber to adjust or remove pipes that continued to play.

The parish had investigated replacing the organ since 1995. Now with generous support from parishioners, that long-held dream has just come true.

Msgr. Hans Brouwers, St. Katharine’s pastor, worked closely with church leaders, the music department and finance committee to thoroughly research whether to rebuild or replace the organ. Estimates to rebuild came in prohibitively high for such an old instrument so the decision to purchase a new one was made. 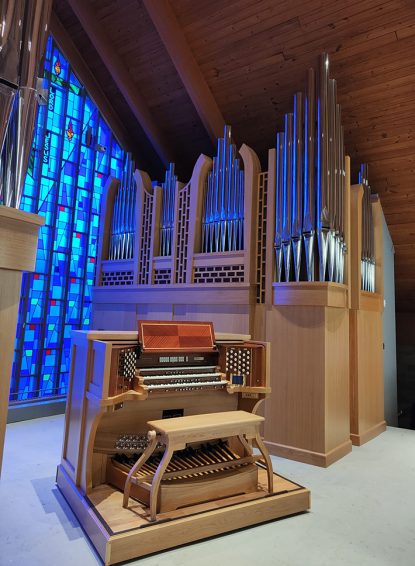 The console and pipes are shown in a view from the choir loft at St. Katharine of Siena Church, Wayne.

Fratelli Ruffatti offered the best proposal to make an organ designed for the church space, using age-proven techniques combined with the latest technology. The agreement to purchase and install the organ at a cost of more than $1 million was signed in 2018.

According to a letter by Msgr. Brouwers on the parish website, the organ would be “a state-of-the art instrument, using both age-proven building techniques and the best materials as well as the latest electronic technology to make it a versatile instrument that would serve us well and last a long time.”

After a long delay due to the COVID-19 pandemic, the new organ finally arrived in February 2022 packed in two 40-foot containers.

Four Fratelli Ruffatti craftsmen travelled from Italy to install the organ in the sanctuary, a process which took three weeks and required a specialized, state-of-the-art crane to lift the console and pipes into the church’s choir loft.

That job itself was unique as the crane had to fit through the church’s standard-sized doors and be light enough that it wouldn’t damage the terrazzo floors. Watch the video below to see how the feat was accomplished. 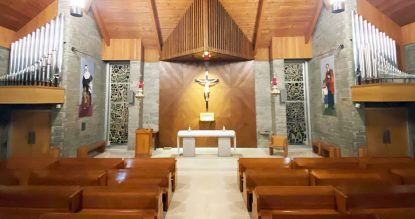 A view of the altar at St. Katharine of Siena Church shows the two sets of pipes in the nave, in addition to two sets in the choir loft.

Once assembled, two professionals arrived from Italy to tune and voice the 2,242 organ pipes, which took more than a month. The installation included the heavy console and pipes in the choir loft plus two more sets of pipes in the front of the church on either side of the altar.

As Msgr. Brouwers explained, church organs have been the official musical instrument of the Catholic Church ever since Charlemagne had one installed in his chapel in 812. Its wide range of sounds provides musical expression of all a person’s spiritual urges, ranging from lamentation and sorrow to joy and praise, in worship of God.

St. Katharine of Siena Parish looks forward to the accompaniment of the new organ in prayerful songs for generations to come.