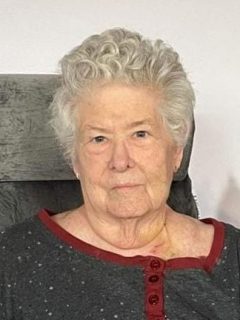 A native of Philadelphia and one of five daughters of parents John and Frances (Duggan) Baehr, she became a Catholic school teacher at age 19 teaching second grade at Most Blessed Sacrament School in Southwest Philadelphia.

After receiving her degree in journalism from St. Joseph’s University in Philadelphia, she left teaching to work for The Catholic Standard and Times newspaper. During her career as a journalist she also worked for the Philadelphia Inquirer, as well as for newspapers in Haddonfield and Cumberland County, N.J.

Ms. Baehr was an ardent linguist and who became fluent in French from high school and college, and taught herself Russian, Hebrew, Spanish and Māori.

She loved music and toured Europe as an alto with the Collegiate Choir of the Cathedral Basilica of SS. Peter and Paul in Philadelphia, including singing for Pope Paul VI at the Vatican.

She learned to play the guitar and was a lifelong follower of the Moody Blues, forming many friendships through that affiliation.

Before she retired to Anacortes, Washington, she worked in the Child Nutrition Program of Nutritional Development Services of the Archdiocese of Philadelphia.

In retirement she successfully edited two published books, one a novel of political intrigue and one a memoir of growing up in Southwest Philadelphia.

She was an enthusiastic tent camper, interviewed Mother Teresa and learned to drive well from her father, who never owned a car and didn’t drive.

Ms. Baehr is survived by her two sisters, Barbara F. Baehr and Phyllis E. Reineck; her brother-in-law, Michael T. Glennon; her niece, Frances A. (Bob Dhaliwal) nee Glennon and their three children; and her niece Devon L. Vokel. She was predeceased by her parents and sisters Janet A. Glennon and Frances M. Vokel.

Memorials in her honor may be made to the Mockingbird Foundation for music education.