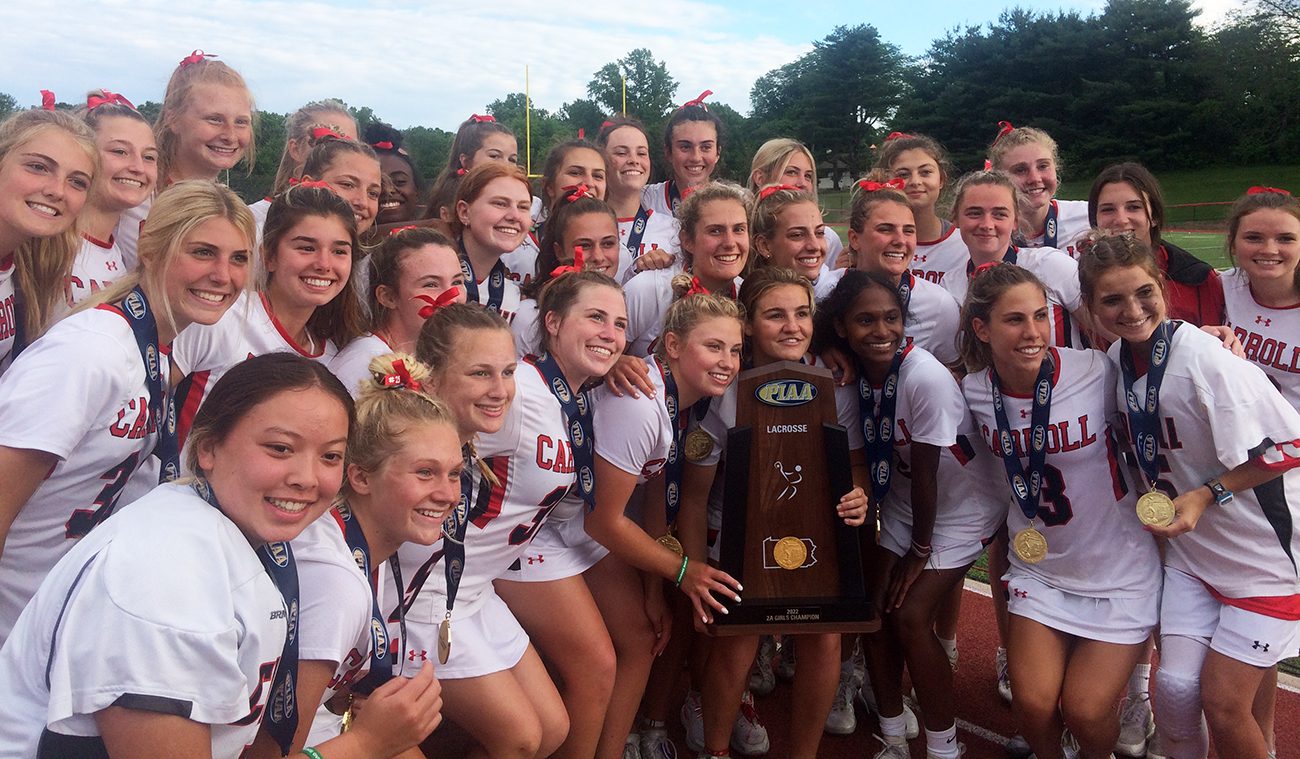 As for any team, this was Carroll’s goal from the beginning of the season. By coming together as a team, the dream came true.

“We always know how to play as a team,” said attack Emma Talago. “Our eyes have been on this match.”

While Carroll became the first team in the state to win a PIAA lacrosse championship after an undefeated season – it was the Patriots’ third state title under head coach Lorraine Beers – the championship game turned out to be one of the hardest fought all year. Many of Carroll’s wins this year had been shutouts.

“Defense had a rocky start,” said goalkeeper Bridget Robinson. “We defenders pulled it together.”

A tough first half it was for the Patriots. Talago scored twice. Her teammates stepped in with midfielder Machaela Henry and attack Kiley Mottice added a goal apiece but Carroll trailed 6-4 at halftime.

The Patriots battled their way back into it as the second period progressed. Attack/midfielder Catie McConaghy and attack Brooke Hippert combined for a 3-0 sprint to give their team its first advantage of the afternoon. Talago assisted on both goals. The Raiders briefly retook the lead but the Carroll defense stopped them from that point onward.

“Their defense was really good,” said McConaghy. “After the second half, we came out strong, found openings and were able to capitalize on most of the opportunities we had.”

Talago took a 2-0 run of her own that resulted in a permanent lead with 9:30 left in regulation. Henry found the net once again with 7:50 remaining. It was simply a defensive game after that until the moment came for the Patriots to dance and celebrate on the field before going home with yet another state championship trophy.

Talago led the way with four goals and four assists. In addition to Henry’s two goals, she tallied one assist.

“I put all my trust in my teammates,” said Talago. “If I passed them the ball, they had it.”

Robinson prevailed on defense along with teammates Megan Sheridan and Katie Koroly.

“It was teamwork,” said Robinson. “That’s what our team is built on. We’re really close. It put us over the top.” 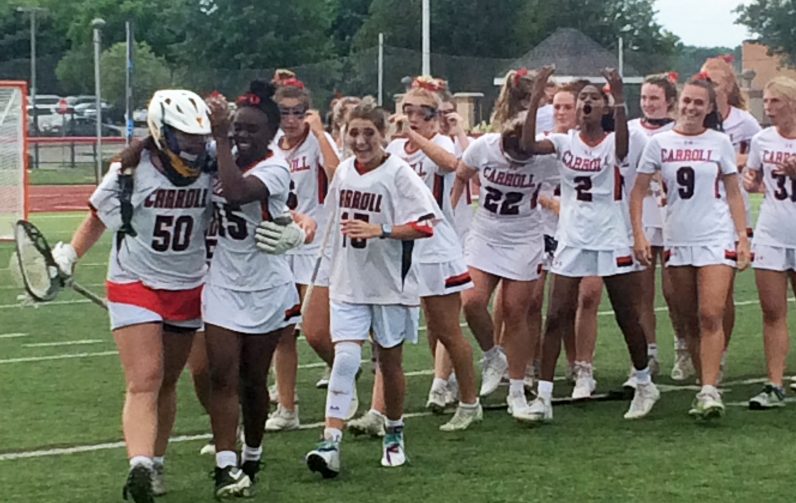