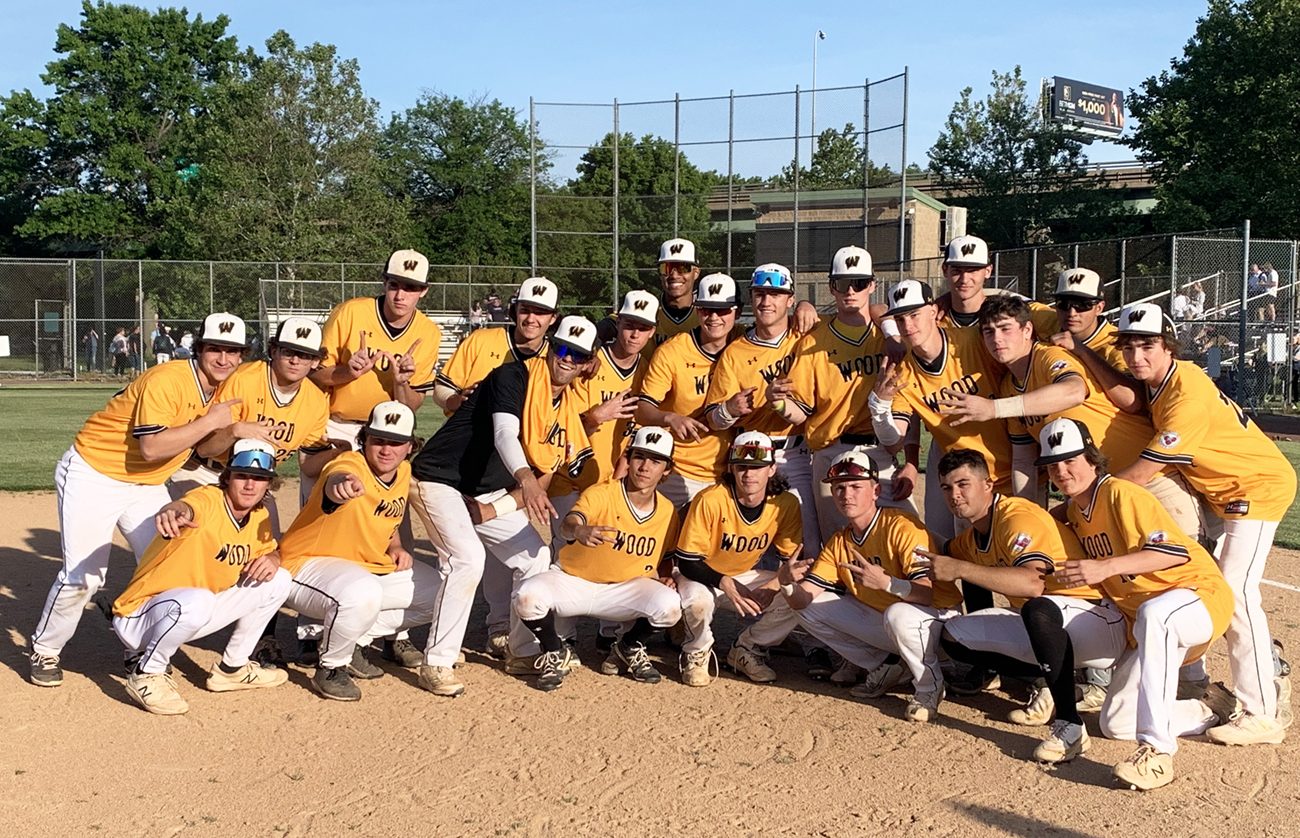 CatholicPhilly.com sports writer John Knebels sums up the latest in Catholic sports within the Archdiocese of Philadelphia.

The trio of Conwell-Egan softball All-Catholics led the Eagles to a 7-5 victory over District 6 champ Southern Huntingdon in the PIAA Class 2A quarterfinal June 9 at Millersville University.

On June 13, the Eagles will face Claysburg-Kimmel, the runner-up from District 6.

The Eagles become only the second team in Philadelphia Catholic League history to reach the state semifinals, joining the 2014 Lansdale Catholic squad. The PCL commenced participating in the PIAA playoffs in the 2008-2009 season.

“It is amazing to win our quarterfinal game, not only because we make it to the semifinals, but also because we made school history,” said Brennan. “The competition gets tougher every round. We need to focus at practice to bring up the level of our play. The goal is to get better every game.” 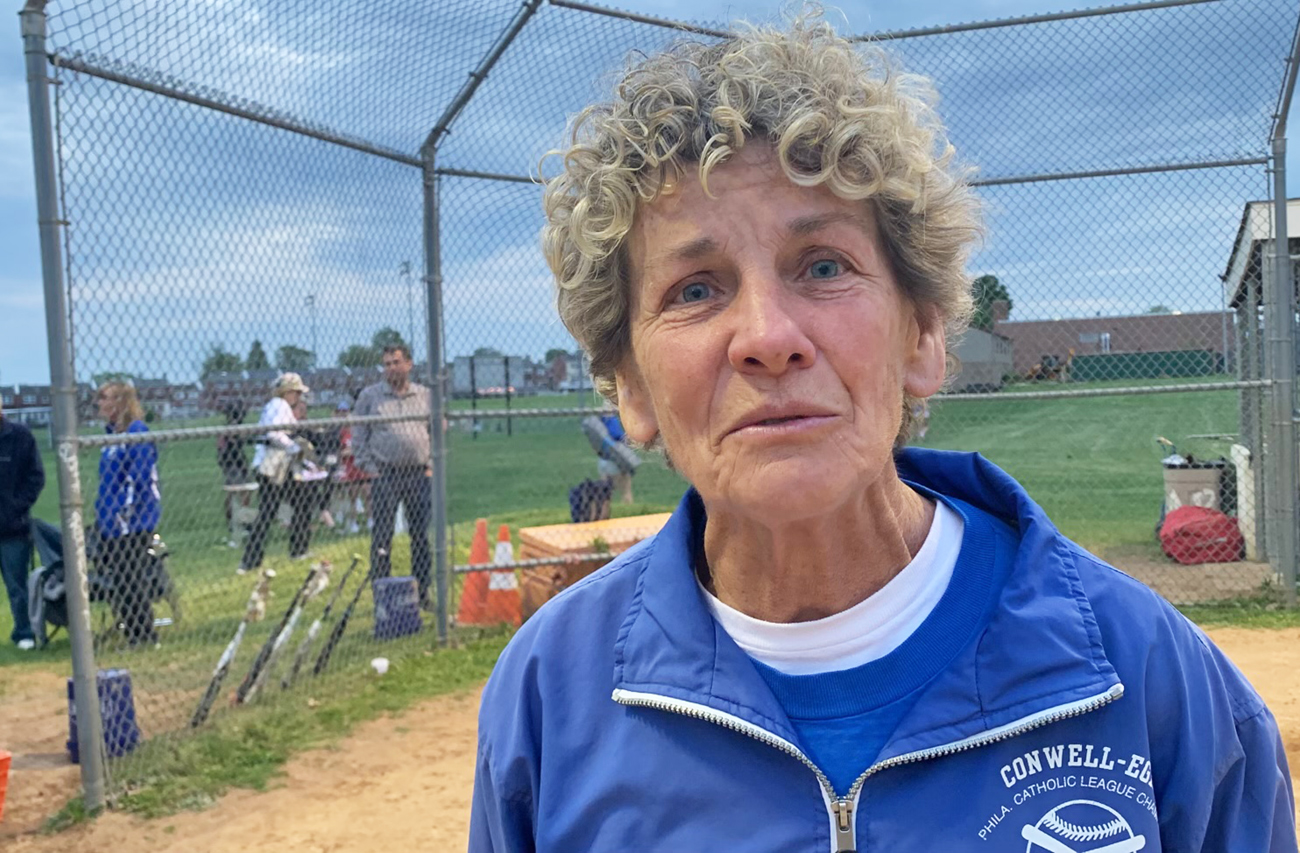 Conwell-Egan softball coach Sandy Hart will lead the Eagles in the PIAA state semifinals for the first time in school history. (John Knebels)

After senior teammate Bresnan led off the bottom of the first with a home run, the Eagles fell behind, 3-1. A back-and-forth contest ultimately included a home run by Brennan.

The PCL’s Most Valuable Player once again produced in the clutch. In a 10-4 first-round PIAA win over Williams Valley, the junior centerfielder made a sensational through-a-fence catch to steal a sure home run and keep the game tied at 4-4 in the sixth. The Eagles, aided by Brennan’s offense (3-for-4 with two runs batted in and two doubles), exploded for six runs in their half of the sixth to put the game away.

“We came not only physically prepared but mentally, too,” said Sesar, a junior pitcher who tossed a complete-game. “We knew that being in the state quarterfinals was important to our program, so we had to bring it. It was a team effort throughout the whole entire game with key hits and good plays.”

Archbishop Wood: ‘We will come back stronger than ever’

Also in the quarterfinals was Archbishop Wood.

Unfortunately, the Vikings’ 11-game winning streak came to an end June 9 in a 10-0 loss to Tunkhannock High School.

“Bringing back an entire team from last year, we knew we had an advantage,” said Wood coach Jackie Ecker. “As the season progressed, these girls became not only stronger on the field, but became a family in the dugout. They worked hard at every practice and every game gave it all they got.

“We accomplished a lot this season. Our number one goal was to win the PCL, and that we did. Everything else is icing on the cake, and even though the last game didn’t go our way, we came off the field knowing that we will always be champions.  I am beyond proud of this team and  even though we lose two very important seniors (Abby Windish and Gianna Anzideo), we will come back stronger than ever.”

In baseball, Class 5A Archbishop Wood and Class 3A Neumann-Goretti advanced to the semifinals on June 9; Class 4A Bonner-Prendergast plays its quarterfinal on June 10.

In Wood’s 7-0 win over Manheim Central, Justin MacCain enjoyed the best game of his life.

The senior threw six innings of no-hit ball. Senior teammate Connor Woodson followed with a perfect seventh, and the Vikings emerged with their first-ever post-season no-hitter.

“Going into the game and prior, I was expecting to throw a lot of off-speed pitches,” said MacCain. “Specifically, my curveball and change-up, knowing that Manheim was a heavy pull team.

“Obviously, this came to change after the first two innings. There were a few rough patches in those innings with a tight strike zone and the players standing on top of plate, but that didn’t stop me from working the corners.

“When it was clear the team couldn’t touch my fastball, I had another late conversation with my coach. We basically said until they can show they can hit it, we’re gonna keep throwing it, and I was all for it. My team did its job on the offensive end, and having Connor Woodson to come in and close the game was awesome.”

Wood junior Dariel Tiburcio went a perfect 3-for-3 with three runs batted and a run scored. Senior Aiden Myers and junior Brian Klumpp also knocked in one run apiece. Senior Pat McKinney was 2-for-3 with a double.

“When I get that first hit, it gives me a lot of confidence throughout the game,” said Tiburcio. “My team gets on base and get big hits. I feel like it’s my job to do the same.

“The no-hitter was so very exciting because we knew our pitchers could come out and throw a good game and it made it easier for us to make plays.”

Neumann-Goretti started strong and literally did not let up in a stirring 20-4 win over Lake Lehman.

“We won the game from the first pitch,” said Masino. “We wanted to go in there and blow the game up in the first inning, and we did by putting up six runs in the first, which led to 20.”

PREVIOUS: Julia Yogis puts ‘team’ first, and it pays off in PCL title