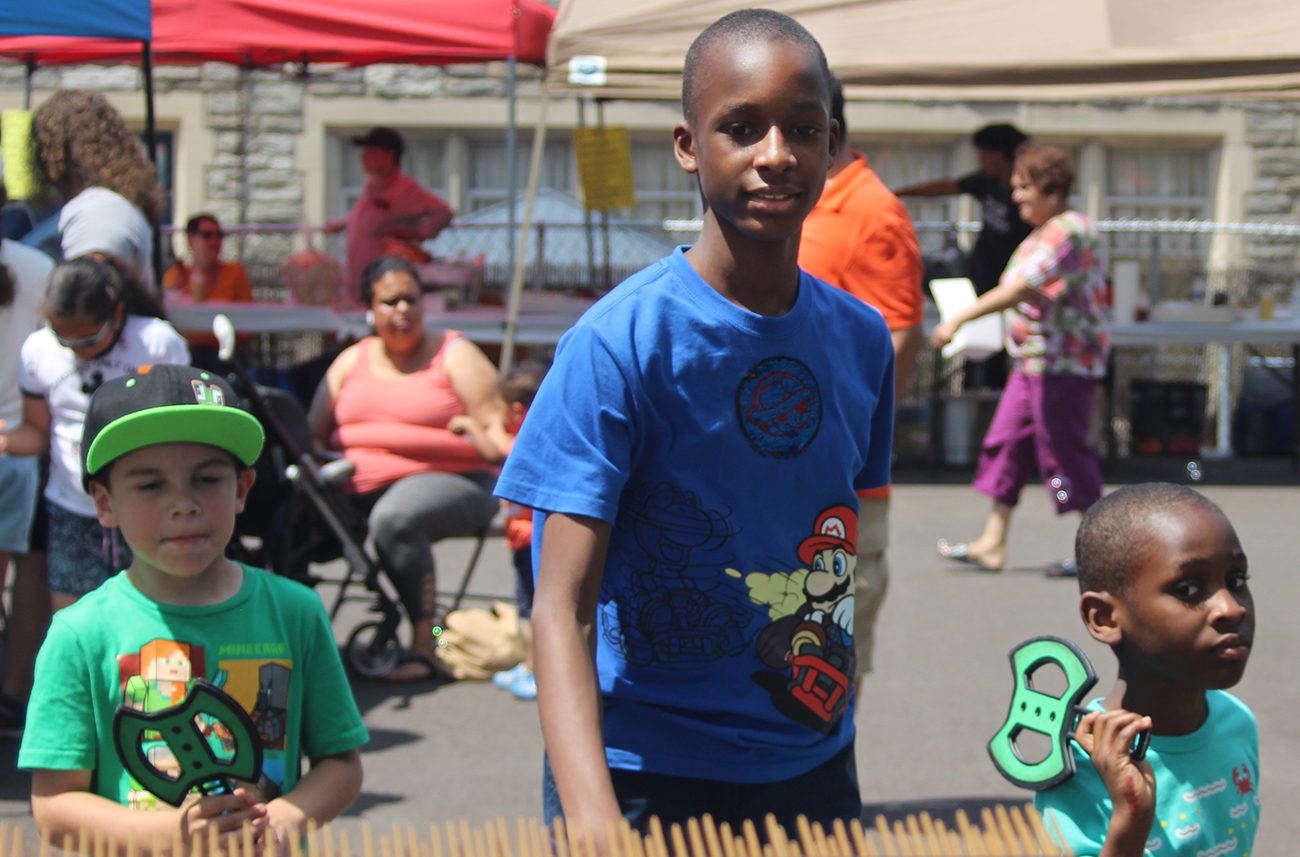 Kids enjoy a round of plastic axe-throwing during a June 25 picnic at St. Ambrose Parish in Philadelphia.

A Northeast Philadelphia parish kicked off its centennial year with a picnic that spread the Gospel through good food and family fun, as an “appetizer” to a relationship with Christ.

Dozens gathered at St. Ambrose Parish June 25 for grilled favorites, games, dancing and fellowship – all of which are a form of evangelization, said pastor Father Charles Ravert.

“We are first and foremost a eucharistic community,” he said. “So we’re taking what we’ve received and sharing it with the people. This is an opportunity to open the gates and tell the whole neighborhood that St. Ambrose is their parish too. Whether you’re Catholic or not, St. Ambrose can be a community hub and a home.”

That invitation extends to all, including the most marginalized, said Father Ravert.

Seeing the picnic in the church yard – which fronts the heavily traveled Roosevelt Boulevard – a number of individuals experiencing homelessness asked if they join the festivities.

“They were a little nervous, and we told them to come on in,” he said.

Before Father Ravert could instruct volunteers to give the guests free platters, parishioners had paid for their meals.

And the welcome was not simply a matter of “just feeding them,” said Father Ravert. “They spent some time with us, and we gave them a couple of bottles of water for the road.”

Families from Olney and Feltonville, the neighborhoods served by St. Ambrose, were also drawn to the event. 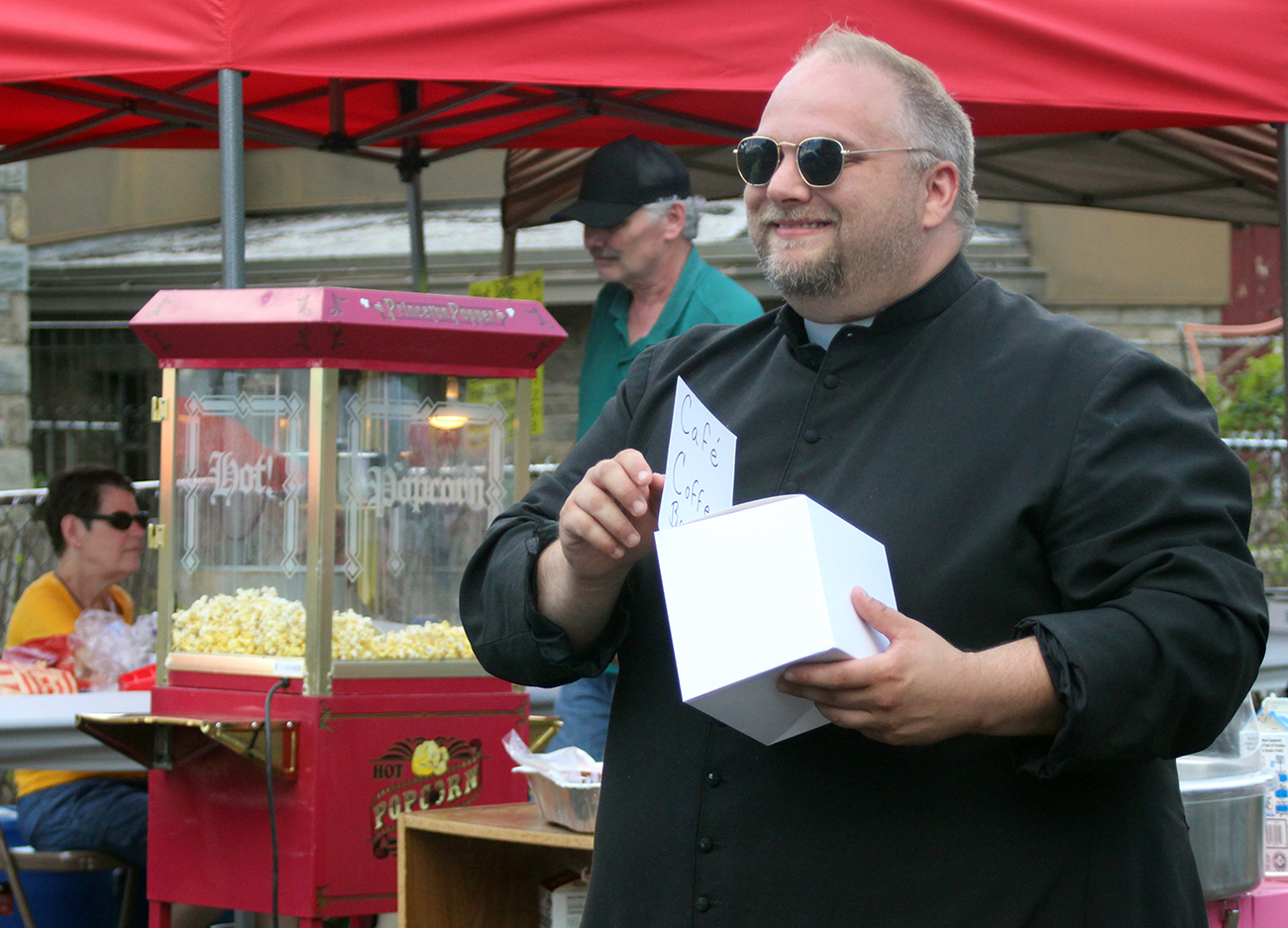 “There were kids playing at the picnic that had maybe never walked inside a church before,” he said. “And today they’re coming in with their parents, and we’re telling them, ‘This is your place too.’”

Whether longtime parishioners or first-time visitors, attendees shared plenty of laughs – particularly during the raffles, when a bemused Father Ravert awarded a female-friendly gift basket to an even more perplexed male winner.

But the real prize came after the picnic, said Father Ravert.

“This is the appetizer, but we’re inviting people to confessions after three o’clock and to our vigil Mass at four o’clock today,” he said.

Even for those who weren’t Catholic, the offer showed guests “what we do here is begun at the altar,” said Father Ravert. “The same person you’re going to pray next to … is the same person here at the picnic.”

Such one-on-one outreach is more needed than ever, he added.

While “it’s cute to have a church sign saying ‘come on in, we have air conditioning,’ sometimes people would rather stay out in the heat and melt to death than go into a church,” he said. ”Either they’ve been away for so long they feel like they don’t know how to take that first step, or they’ve never been to a Catholic church, and they have some kind of superstition or fear about it.”

Shootings within St. Ambrose Parish bounds “happen every day, every week,” he said. “Almost every night of the week you hear gun shots.”

Parishes must become true sanctuaries of peace amid the turmoil, he said.

“There are tons of good people who live in this neighborhood … who deserve to have a place where they can be safe, and celebrate the Lord and their community without being afraid of any kind of violence,” said Father Ravert.

And St. Ambrose parishioners are up to the task of creating that space, he added. 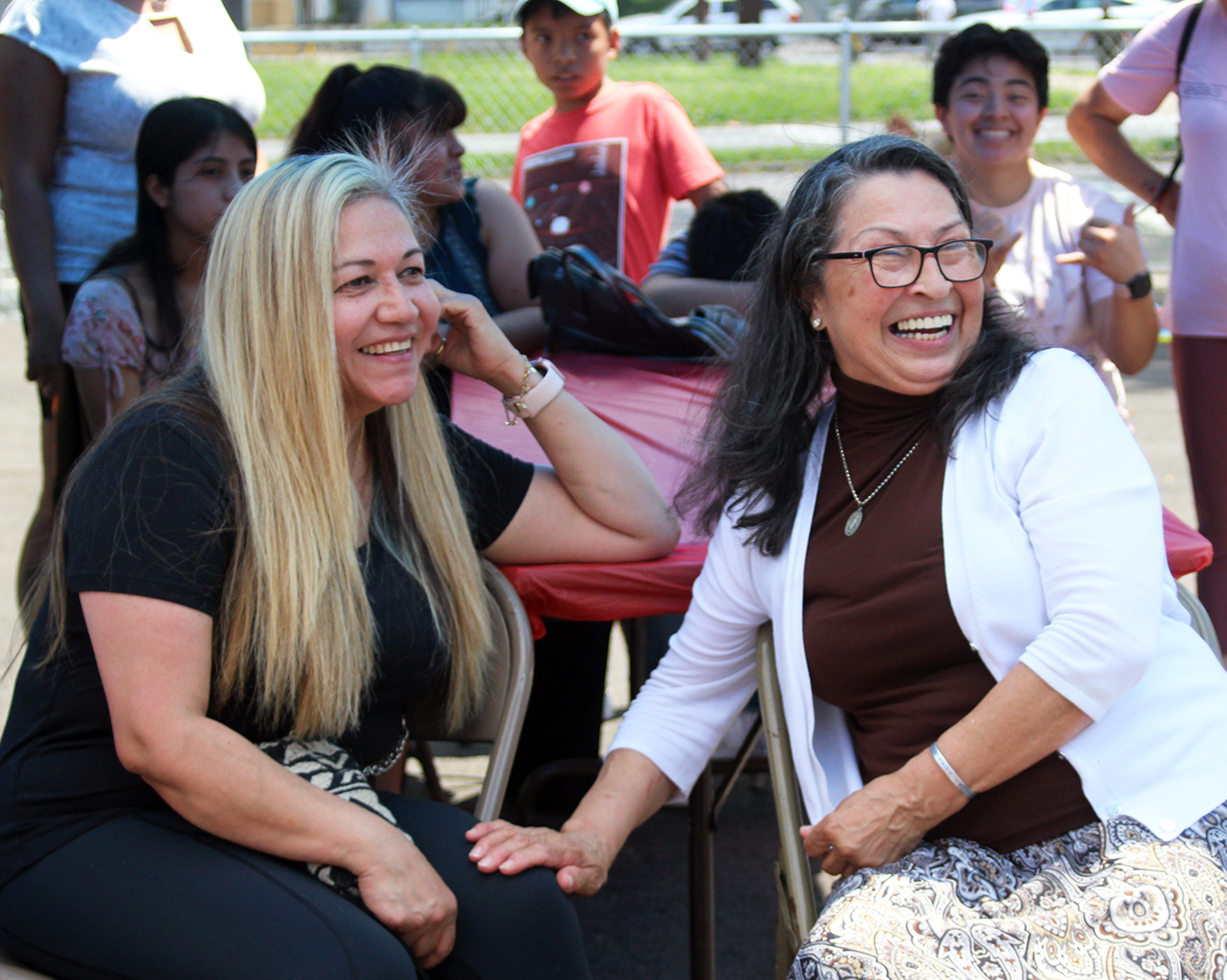 NEXT: American spirit shines in treating others with dignity, says archbishop