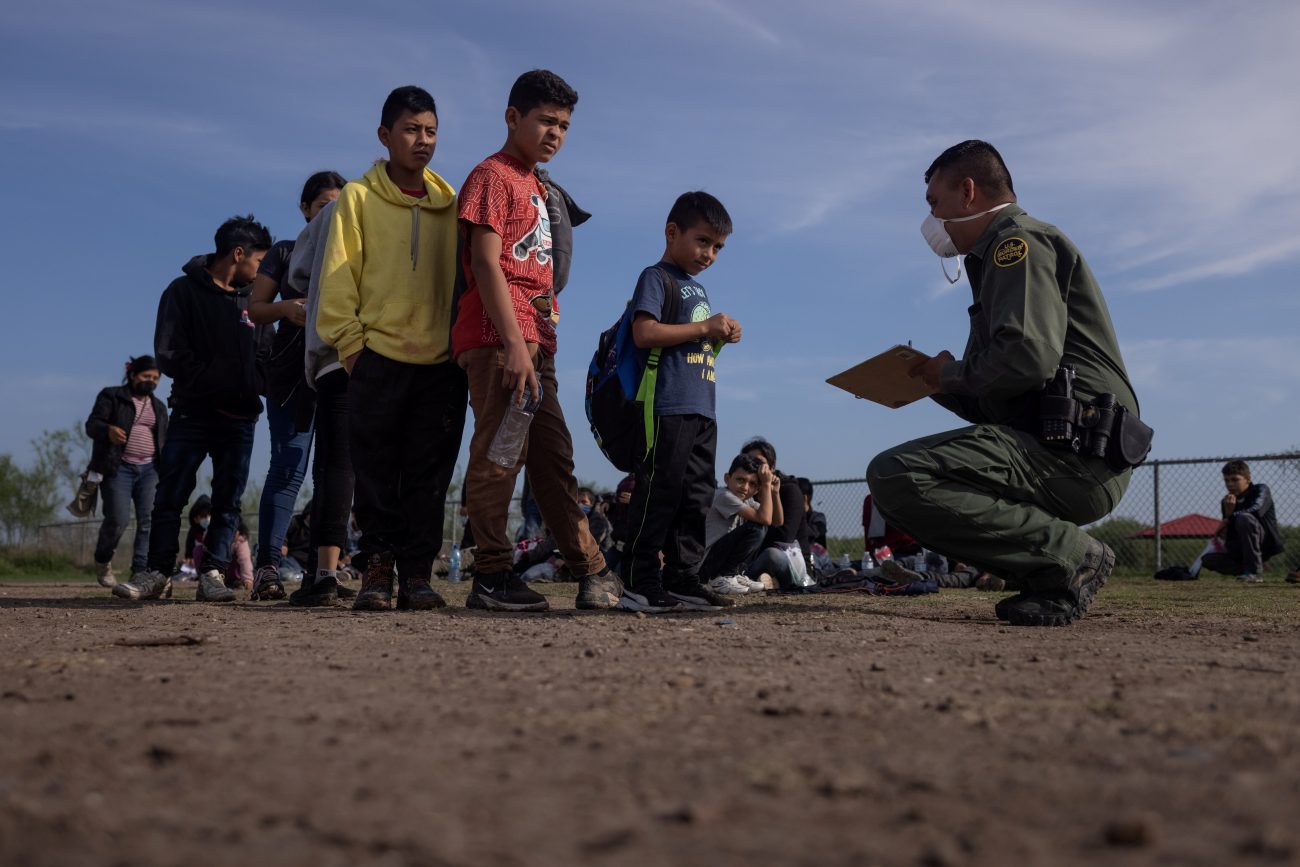 Anderson, a 6-year-old unaccompanied minor from El Salvador, stands in line with other asylum-seeking children in La Joya, Texas, May 14, 2021, as they identify themselves to a Border Patrol agent after crossing the Rio Grande from Mexico. (CNS photo/Adrees Latif, Reuters)

An archdiocesan agency is finding shelter for children fleeing conflict, poverty and natural disasters – and for one staffer, the mission hits home.

Since 2019, Catholic Social Services (CSS) has been partnering with the U.S. bishops’ Committee on Migration and Refugee Services to provide transitional foster care for unaccompanied minors who have been vetted by immigration officials.

Through the program, kids ranging from ages 5-17 are placed with individuals and families for periods ranging from two weeks to three months. CSS arranges for medical care and therapy, with foster families receiving a stipend of $45 per day and up to $200 for initial expenses.

“They come with the clothes on their back, even without socks,” said Iris Puhiera, a recruiter for CSS transitional foster care. “We tell foster parents, ‘Please go shopping.’”

With the kids safe in a temporary home, CSS works to unite them with parents or other relatives already in the U.S. whose immigration applications are in process.

For a number of the children, the reunion is long overdue, said Puhiera.

“Some of them have not seen their parents since birth,” she said.

Most of the children arrive from Mexico and central America, where crime, gang warfare, entrenched corruption, economic inequality and extreme weather have left millions with few viable options for building a life.

In some cases, “children are used as payment for rent or mortgages,” said Puhiera. “They’re often witnesses to violence against their parents, who will say, ‘Let me send you away to America, away from here.’” 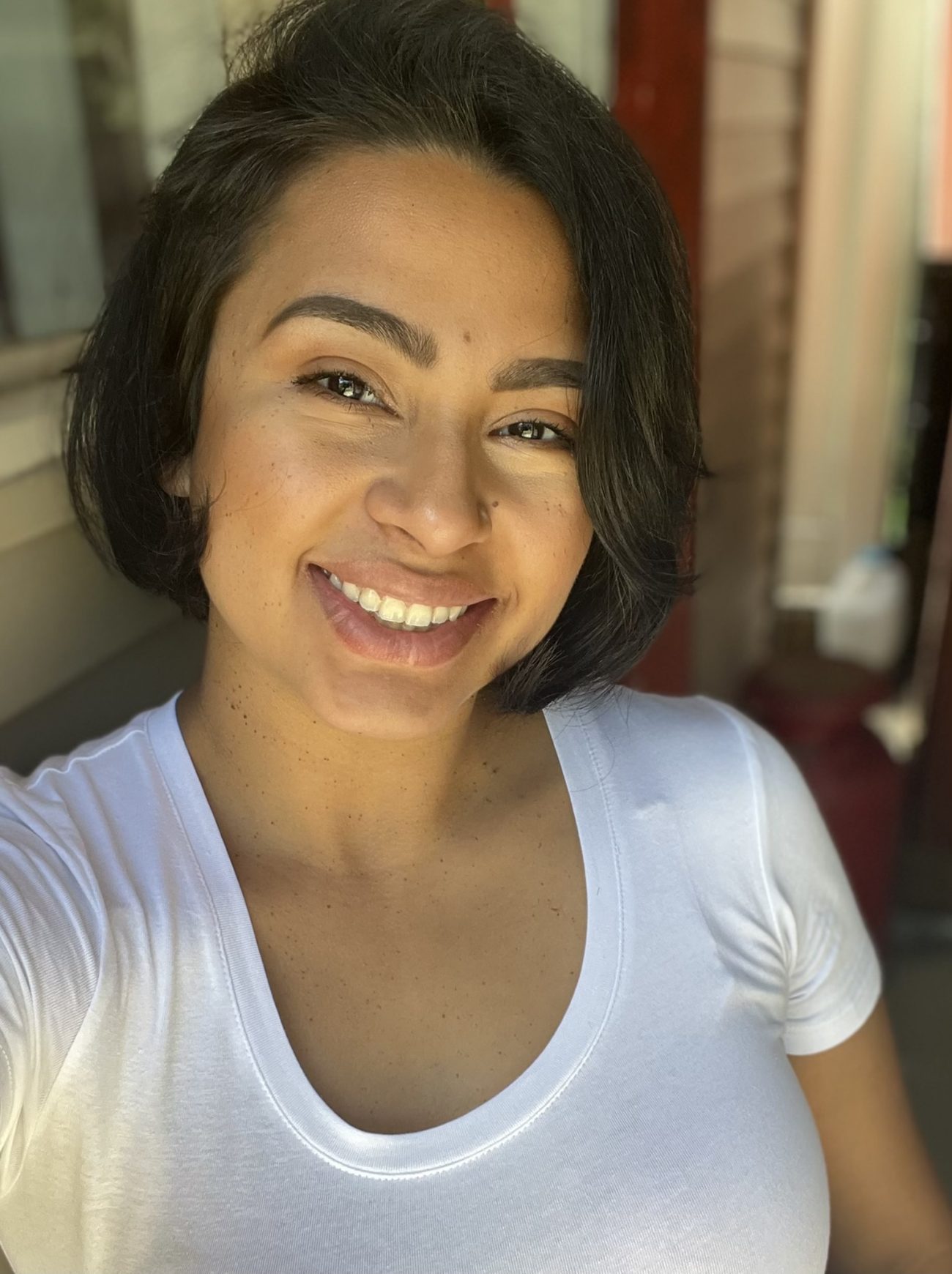 Iris Puhiera of archdiocesan Catholic Social Services was herself in a foster care home as a child after a devastating hurricane in her native Honduras. (Iris Puhiera)

Alternatively, parents immigrate to the U.S. ahead of their children, leaving them in the care of relatives until they establish themselves sufficiently to send for them – a process that can take years.

“They don’t always join their parents right away, since the parents just don’t have the resources,” said Puhiera. “They’re not sitting at the border with their arms wide open.”

She herself knows the experience of family separation due to adversity.

In the aftermath of the storm, Puhiera – one of 13 children — and her family were befriended by CSS coordinator Estela Reyes-Bugg and her husband, who had traveled on a post-hurricane humanitarian mission to Reyes-Bugg’s native Honduras.

Through a private agency, the couple adopted Puhiera, who grew up in St. Hugh of Cluny (which later merged with St. Veronica) and St. Peter the Apostle parishes in Philadelphia.

Raised with a deeply held faith, Puhiera began advocating on behalf of CSS while still a student at St. Hubert Catholic High School for Girls, delivering parish talks on its various ministries in advance of the annual Catholic Charities Appeal.

She’s also been back to Honduras to visit her birth family, and keeps in touch with her siblings and their own children.

Over the years, the need for transitional foster parents has remained vital. Although U.S. Customs and Border Protection (CBP) reported a 13% decrease in the number of children crossing into the U.S. at the nation’s southern borders, there were still an average of 562 unaccompanied minors in CBP custody per day throughout the month of July.

For Puhiera – who will host a CSS Aug. 24 online information session for interested foster parents — there are real faces behind those statistics.

“I was with a foster family before coming to the U.S.,” she said. “I remember being that small. I can very much relate to this job, which is why I’m so passionate.”

Catholic Social Services will host an online information session on its transitional foster care program Aug. 24 at 2 p.m. All are welcome to participate. To join the webinar, RSVP to tfcinfo@chs-adphila.org or call 267-975-9241.

PREVIOUS: Catholic nurses draw on faith, fellowship to be ‘hands and feet of Christ’

NEXT: Ukraine is the ‘epicenter of global change,’ says archbishop