Ukraine is the ‘epicenter of global change,’ says archbishop 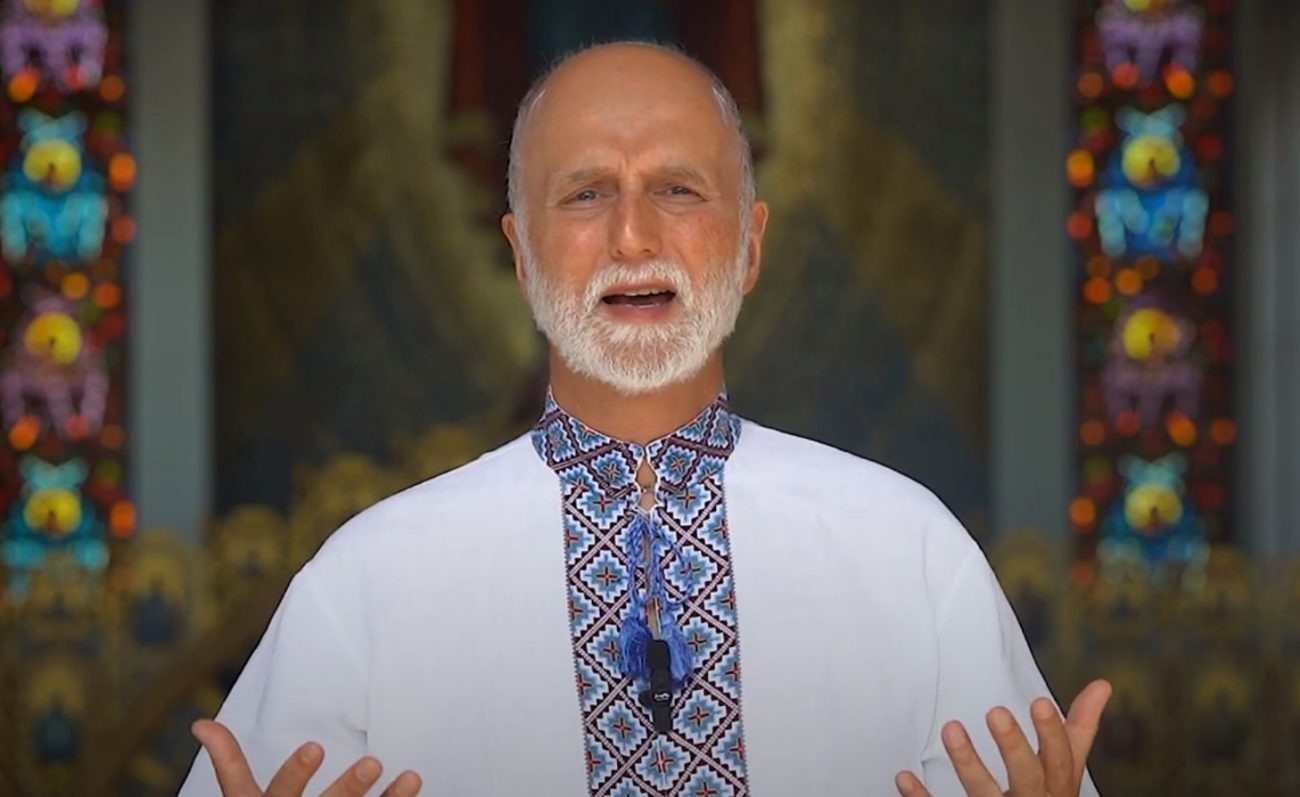 Metropolitan Archbishop Borys Gudziak, seen here in this Aug. 23 video message, described Ukraine as "the epicenter of global change" in the face of a brutal invasion by Russia. (YouTube/Ukrainian Catholic Archeparchy of Philadelphia)

Ukraine is the “epicenter of global change” and “a locus of independence,” said the head of Ukrainian Catholics in the U.S.

In a video message for Ukraine’s Aug. 24 Independence Day, Metropolitan Archbishop Borys Gudziak of the Ukrainian Catholic Archeparchy of Philadelphia said Ukraine – now in the sixth month of a brutal invasion by Russia – has taken a pivotal place in the 21st-century’s geopolitical order, three decades after leaving the former Soviet Union

“Our security alliances, our political cooperation, the economy, the ecology, the whole energy system of the world is now influenced by Russian aggression against Ukrainian independence,” said the archbishop, wearing a traditional Ukrainian vyshyvanka, or embroidered shirt.

He expressed his gratitude to “all Americans, all American Catholics, all people of goodwill” for supporting Ukraine.

“It is with your help that Ukraine is making this biblical stance of David against Goliath,” said Archbishop Gudziak. “And Ukrainians are saying to you and to me and to everybody in the world, ‘We will not be a colony.’”

Russia’s Feb. 24 invasion – which continues assaults launched in 2014, with the attempted annexation of Crimea and the backing of separatist regions in Donetsk and Luhansk – has now been declared a violation of the 1948 Genocide Convention by New Lines Institute, the Raoul Wallenberg Centre for Human Rights, and Ukraine itself, which has filed charges of genocide by Russia with the International Court of Justice. Thousands of accounts of torture, rape, summary executions and deportations have already been documented.

Along with such atrocities, world leaders have also decried Russia’s blockade of Ukrainian ports, trapping millions of tons of wheat and other cereal grains. With Ukraine as a major global supplier of grain and cooking oils, an estimated 44 million in 38 countries are now at risk of starvation. An agreement with Russia to resume shipments has only recently taken effect, with Ukraine warning it will take months to restore pre-war shipment levels.

Russian occupation of and attacks on the Zaporizhzhia nuclear power plant, the largest in Europe, have provoked global alarm along with calls for an independent investigation of the plant’s condition. While the Russian government said it had “confirmed its readiness” for such a visit, the inspection has yet to take place.

Amid the worst conflict in Europe since World War II, Ukraine remains as “a laboratory” of God-given freedom and “a bulwark” against totalitarianism, said the archbishop.

He urged continued support for the people of Ukraine.

“Let us be people of God’s will that recognize the dignity and liberty of all people,” said the archbishop. “And let us understand that what is happening today in Ukraine is influencing the fate of everyone in the world.”