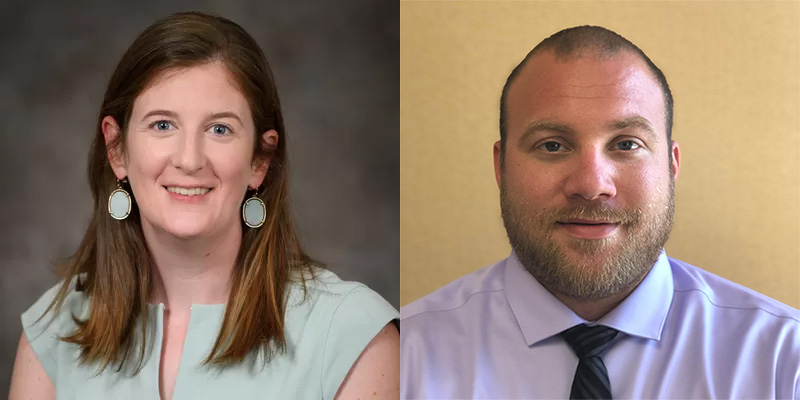 The archdiocesan Office for Catholic Education announced the appointments in two separate letters to the schools’ communities earlier this month.

Both experienced educational leaders, Radebaugh and Hozier are already at home in their schools.

Since 2018, Hozier has worked as Father Judge’s assistant principal for academic affairs and academic dean. During that time, he led the development of the school’s science laboratory and technology suite, including an E-sports arena, podcast studio, green screen room and high-speed auto-CAD (computer aided design) laboratory.

A graduate of Delaware Valley College, with advanced degrees from Rutgers University and Gwynedd Mercy University, Hozier has modified course sequences and enhanced staff development at Father Judge to support incoming freshman in the wake of COVID.

Radebaugh joined the Little Flower community in 2020 as assistant principal for academic affairs, having previously held instructional leadership roles within the School District of Philadelphia, among them school-based teacher leader, supersite professional development facilitator and early literature professional development facilitator. From 2013-1028, Radebaugh was a teacher representative and fellow of the Teachers Institute of Philadelphia, and received the 2017 Billy Penn “Who’s Next Education Award.”

After graduating Saint Joseph’s University, she earned her Master’s degree from Cabrini University and her principal certification from Temple University.

PREVIOUS: Assumption ‘shows what the Lord has in store for us,’ say priest, faithful