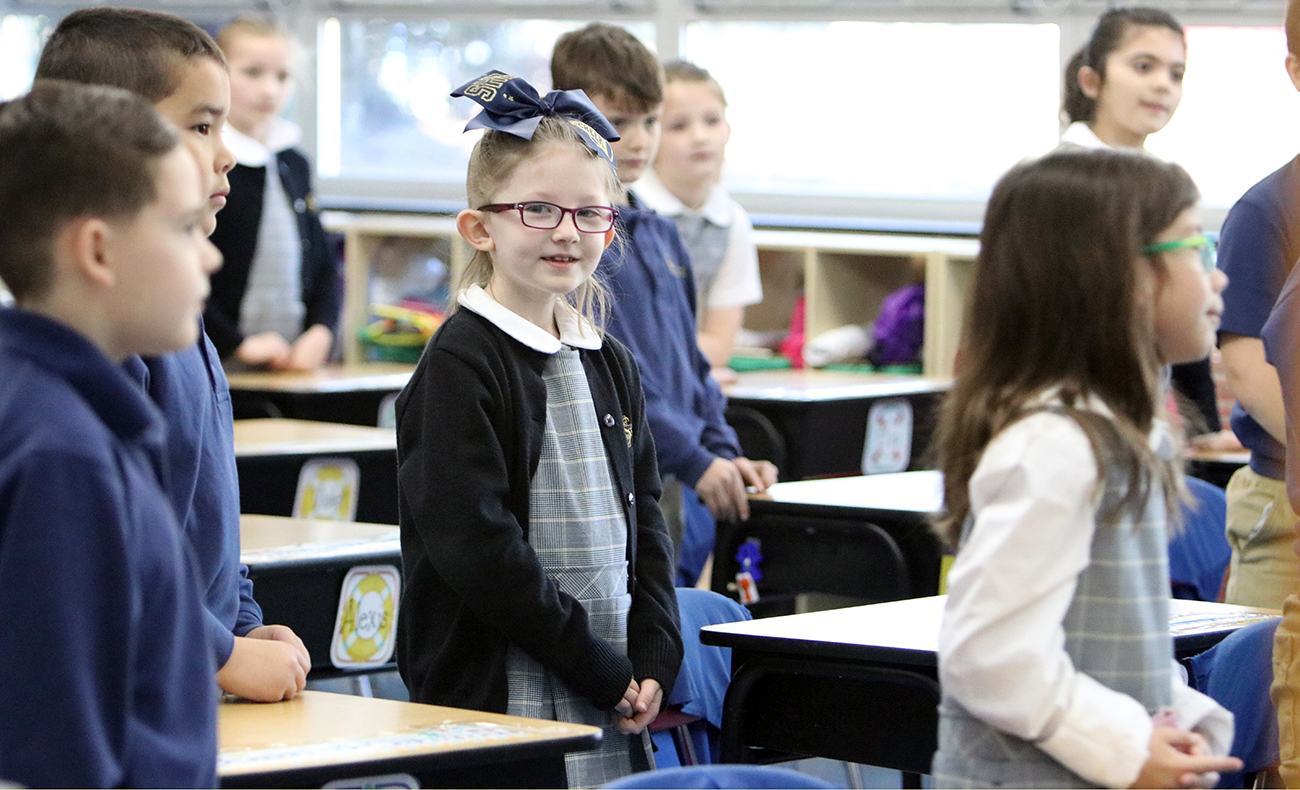 Students at St. Katharine Drexel Catholic School in Holland greet Archbishop Nelson Pérez during his March 10, 2022 visit. Delays in a Pennsylvania-funded textbook program — affecting some 167 Catholic schools in the Philadelphia area — are being resolved, according to state and archdiocesan officials.  (Sarah Webb)

Archdiocesan Catholic schools facing delays in the shipment of their state-funded textbooks and educational materials are seeing some “positive momentum” in the processing of their orders.

“The Office for Catholic Education (OCE) expects orders placed by elementary, secondary, and schools of special education in the Archdiocese of Philadelphia to be approved within the next several business days,” said Kenneth Gavin, chief communications officer for the Philadelphia Archdiocese, in an Aug. 28 statement.

Along with many other non-public schools throughout the state, the backlog affects some 167 Philadelphia-area Catholic schools participating in the Pennsylvania Department of Education (PDE) Acts 195/90/35 Programs, which enable enrolled private and nonpublic schools in the state to purchase approved textbooks, instructional materials and equipment through the Non Public Information System (NPIS) online portal.

Funding allocations are based on enrollment figures for the previous October, which are used to calculate a per diem for each eligible student — currently about $125, said Sean McAleer, director of education for the Pennsylvania Catholic Conference (PCC), the public affairs arm of Pennsylvania’s Catholic bishops and the Catholic dioceses of Pennsylvania.

That figure is in turn used to “(generate) an allotment for each participating school” in the coming year, according to the PDE website.

At the end of each school year, teachers take an inventory of their textbook and instructional materials and submit their requests to principals, who contact publishers for detailed quotes and purchase orders. The information is then manually entered into NPIS by school administrators for review by the archdiocesan Office for Catholic Education (OCE). Once approval is granted by OCE and finalized by PDE, the orders are routed to vendors for fulfillment and direct shipment to the schools.

But a number of issues have increasingly beset the program, say archdiocesan education officials. 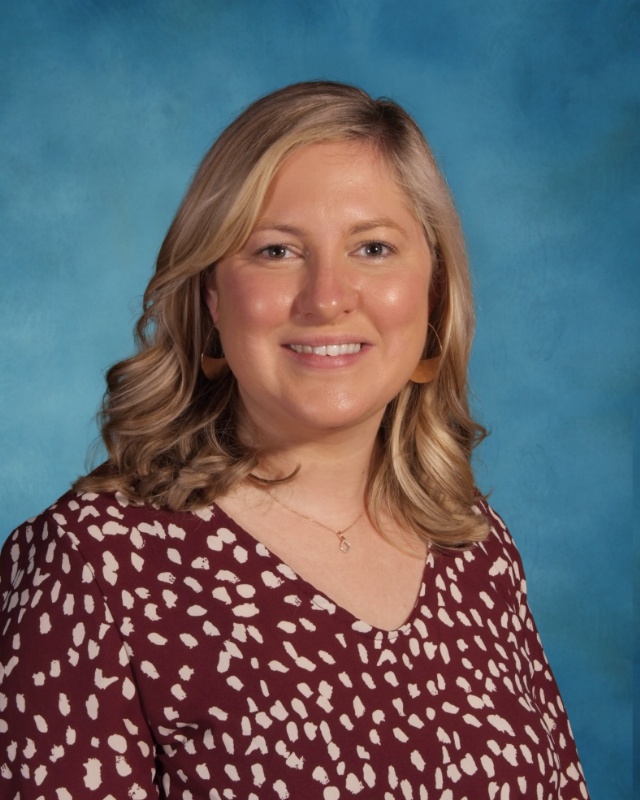 Kelly Ciminera, principal of SS. Colman-John Neumann School in Bryn Mawr, said teachers are “thinking outside of the box” to ensure a delay in state-funded textbooks does not disrupt lesson plans. (Kelly Ciminera)

Among the challenges is the fact that schools “can’t order books until the state budget has been passed,” said Dr. Andrew McLaughlin, secretary of archdiocesan elementary education.

The allocations themselves did not appear in the system “until July 22,” said Eileen Schweyer, director of government services for archdiocesan schools.

And when they did come online, the amounts mistakenly included ineligible preK enrollment numbers, said McAleer, who attributed the setback to simple “human error” in the NPIS office.

Ultimately, schools “were not able to submit their orders until late on July 28,” said Schweyer, adding she monitored the NPIS dashboard continuously to expedite the already-delayed approval process.

Inexplicably, some quotes within the date range were also rejected, said Schweyer.

With the school year fast approaching, McAleer said he quickly realized “there was a storm coming,” and contacted Eric Hagarty, Pennsylvania’s acting secretary of education, as well as “state house and senate leadership to keep them in the loop.”

Aware of staffing shortages in the NPIS office, McAleer requested that PDE reassign employees to cover the gaps, while “many state representatives and senators, as well as local elected representatives throughout the five-county region … contacted the Secretary of Education and Governor Wolf regarding this issue,” said Gavin.

As of Aug. 31, an estimated 40% of the backlogged orders were cleared in a 24-hour period this week, said McAleer.

“They’re trying to alleviate the backlog by the end of the week, and I think they will be able to accomplish most of it,” he said. “I’m happy with what the secretary has promised and what he has delivered.”

Even when the orders have been forwarded to the vendors, however, shipments will still take several days, meaning books will not be in the classrooms for a few more weeks.

Upon arrival at the schools, “hundreds of books” must first be inventoried for order reconciliation, said Kelly Ciminera, principal of SS. Colman-John Neumann School in Bryn Mawr.

“You can’t just give the box to the teacher,” she explained. “They come mixed together, spread across different boxes. We have 340 students. That’s a lot of books.”

At the same time, “teachers are ready to go, books or no books,” she said, noting faculty will “pull from online resources, (create) their own worksheets and … think outside of the box” to ensure lesson plans aren’t disrupted.

For their part, students are “resilient and absolutely amazing,” she said.

“They always step up to the challenge,” she said. “They are just excited to come back to school.”

NEXT: Labor Day a ‘respite from the noise, duties, expectations of life,’ says archbishop