Labor Day a ‘respite from the noise, duties, expectations of life,’ says archbishop 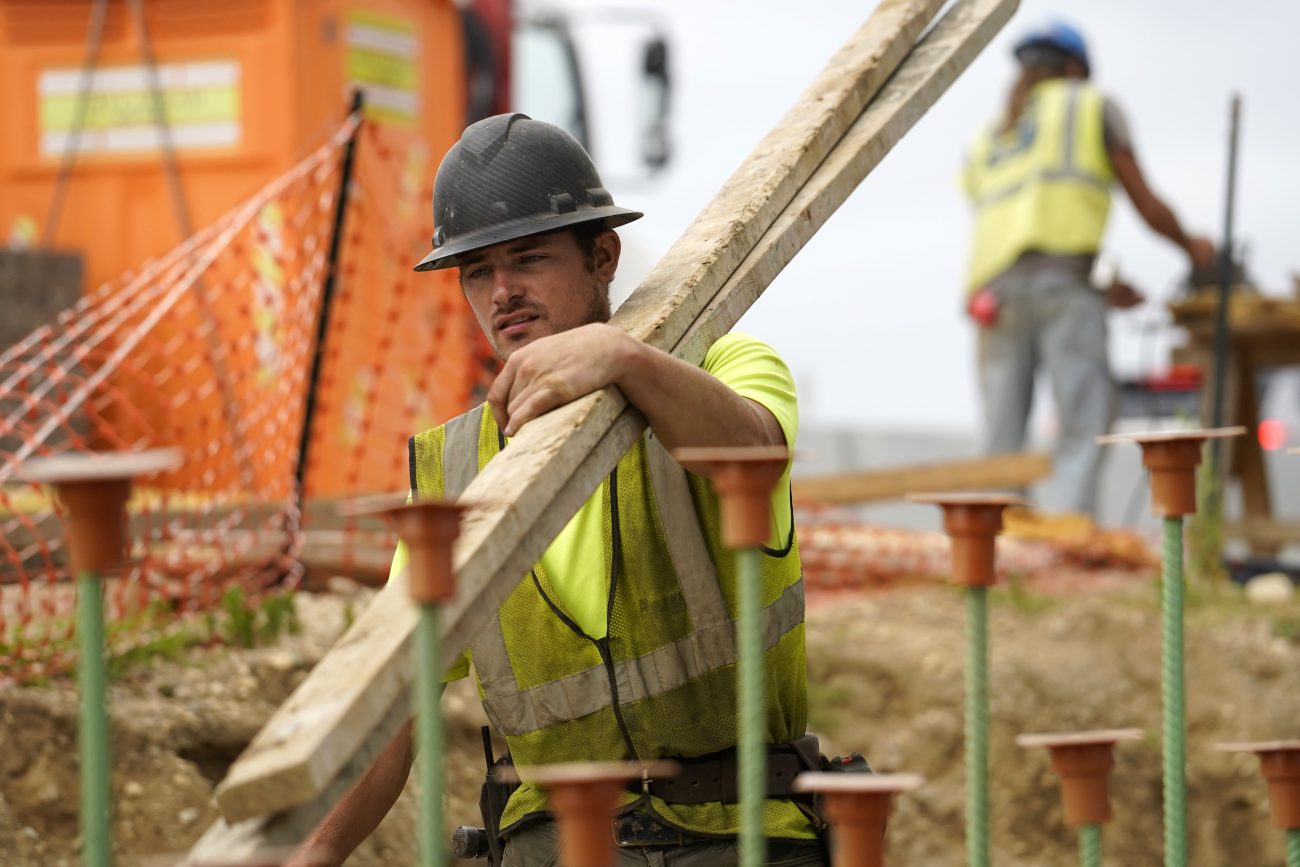 A worker carries lumber at a highway construction site in Stony Brook, N.Y., Aug. 30, 2022. Labor Day, observed Sept. 5 in 2022, is an annual U.S. holiday that celebrates and recognizes the contributions and achievements of American workers. (CNS photo/Gregory A. Shemitz)

As the nation marks Labor Day, Archbishop Nelson Pérez said in an official social media message he hoped the holiday offered faithful “respite from the noise, duties, and expectations of life.”

Established in 1882, the observance – which developed from labor activist movements of the late 19th century — celebrates “the social and economic achievements of American workers,” according to the U.S. Department of Labor.

Scripture and church teaching affirm that “work is a good thing for man … because through work man not only transforms nature … but he also achieves fulfillment as a human being,” as St. John Paul II noted in his 1981 encyclical Laborem Exercens (“On Human Work”).

The Old and New Testaments stress the importance of work in glorifying God. Having created man, “the Lord God … settled him in the garden of Eden, to cultivate and care for it” (Gen 2:15). St. Paul urges the Thessalonians to “aspire to live a tranquil life … and to work with (their own) hands” (1 Thess 4:11).

Modern popes have written extensively on the subject of labor over the past century and a half. In 1891, Pope Leo XIII released the encyclical Rerum Novarum (“Rights and Duties of Capital and Labor”) to address injustices and imbalances resulting from the rapid advances of the Industrial Revolution and modern secularization. St. Paul VI declared that “all people have the right to work” (Octogesima Adveniens, 14); his successors have echoed that call, with Pope Francis describing work as “a necessity, part of the meaning of life on this earth, a path to growth (and) human development” (Laudato Si’, 128).

In their statement for this year’s Labor Day, the U.S. bishops highlighted the importance of two bills under congressional consideration, the Pregnant Workers Fairness Act and an expansion of the federal child tax credit. The passage of both “would have a profound impact on family stability, especially for families who are financially vulnerable,” said Archbishop Paul S. Coakley of Oklahoma City, chairman of the bishops’ Committee on Domestic Justice and Human Development.

Just wages, federal paid leave policy and the right to organize are also essential, said Archbishop Coakley, adding the bishops “have long called for a system in which the whole of society enjoys fundamental human needs including nutrition, affordable housing, education, and health care.”

Catholic teaching holds that “economic life is not meant solely to multiply goods produced and increase profit or power; it is ordered first of all to the service of persons, of the whole man, and of the entire human community” (CCC 2426).

Archbishop Pérez affirmed that teaching, noting that “each of us is a precious gift from God, and during our times of trial and labor we can always find rest in him.”