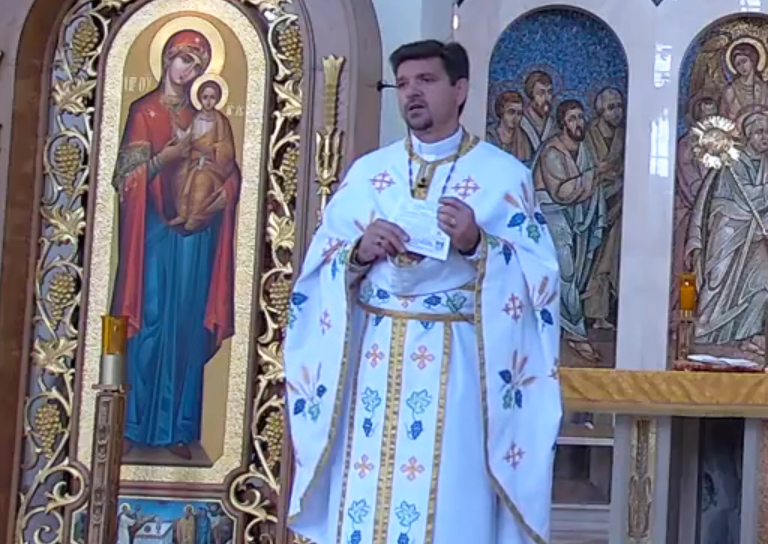 A deadly attack on dozens of Ukrainian prisoners of war shows people can make themselves “available to the devil,” said a Ukrainian Catholic pastor in Philadelphia.

At least 53 Ukrainian soldiers were killed and 75 injured in a July 29 explosion at the Olenivka prison site, located in Ukraine’s eastern Donetsk province, which is currently controlled by Russian-backed separatists. Among those believed to be killed were defenders of the Azovstal steel plant in Mariupol, the siege of which has become iconic of Ukraine’s resistance against Russia’s invasion.

However, Ukrainian President Volodymyr Zelenskyy countered that the attack was “a deliberate Russian war crime,” one that — according to officials from Ukraine’s armed forces, security service, intelligence directorate and human rights commission — was designed to “cover up war crimes.”

In an interview with the Washington Post published Aug. 3, three volunteer aid workers who had spent 100 days at Olenivka attested to inhumane conditions at the prison, where beatings, torture and overcrowding were commonplace.

“I’m sure the civilized world was shocked … (that) it happened in Ukraine once again,” said Father Roman Pitula, rector of the Ukrainian Catholic Cathedral of the Immaculate Conception in Philadelphia.

In his post-Communion remarks at a July 31 Divine Liturgy, Father Pitula reflected on the “cruel executions that happened in the small town of Olenivka.”

Echoing the words of Archbishop Sviatoslav Shevchuk of Kyiv-Halych, head of the Ukrainian Catholic Church, Father Pitula said the Olenivka attacks represented a new level of horror in the war, which continues assaults Russia launched in 2014 with the attempted annexation of Ukraine and the backing of breakaway regions in the Donetsk and Luhansk provinces.

“After what happened in Bucha and Irpin,” both sites of gruesome civilian atrocities in Ukraine, “we thought we saw everything, and that there is not much more room for cruelty,” said Father Pitula.

Instead, “it looks like more cruelty is available,” he said.

The Ukrainian soldiers’ deaths were made more tragic by the fact that “they were promised they would be freed, they would be exchanged,” said Father Pitula.

The Geneva Conventions, to which Russia is a signatory, specify that “prisoners of war must at all times be humanely treated,” and that failure to do so is “a serious breach” of the conventions.

While Christians can cooperate with God in building a just and peaceful society, “the devil also has his plan,” said Father Pitula. “He takes those who are available to him, those who don’t see the real purpose of life (because) … they don’t know where to find it. The devil knows how to approach them, and when they are available, he uses them for the cruelty that we see, especially in Ukraine these days amid this cruel war.”

With Russia currently preventing any independent investigation of the Olenivka attack, Father Pitula urged his congregation to “keep praying, keep helping, doing whatever you can for our Ukrainian soldiers and volunteers, and praying for Ukraine.”

He also invited faithful to “pray for the conversion of those who maybe are not doing this out of their own free will, and (pray) for those who give the orders. Pray for their conversions.”