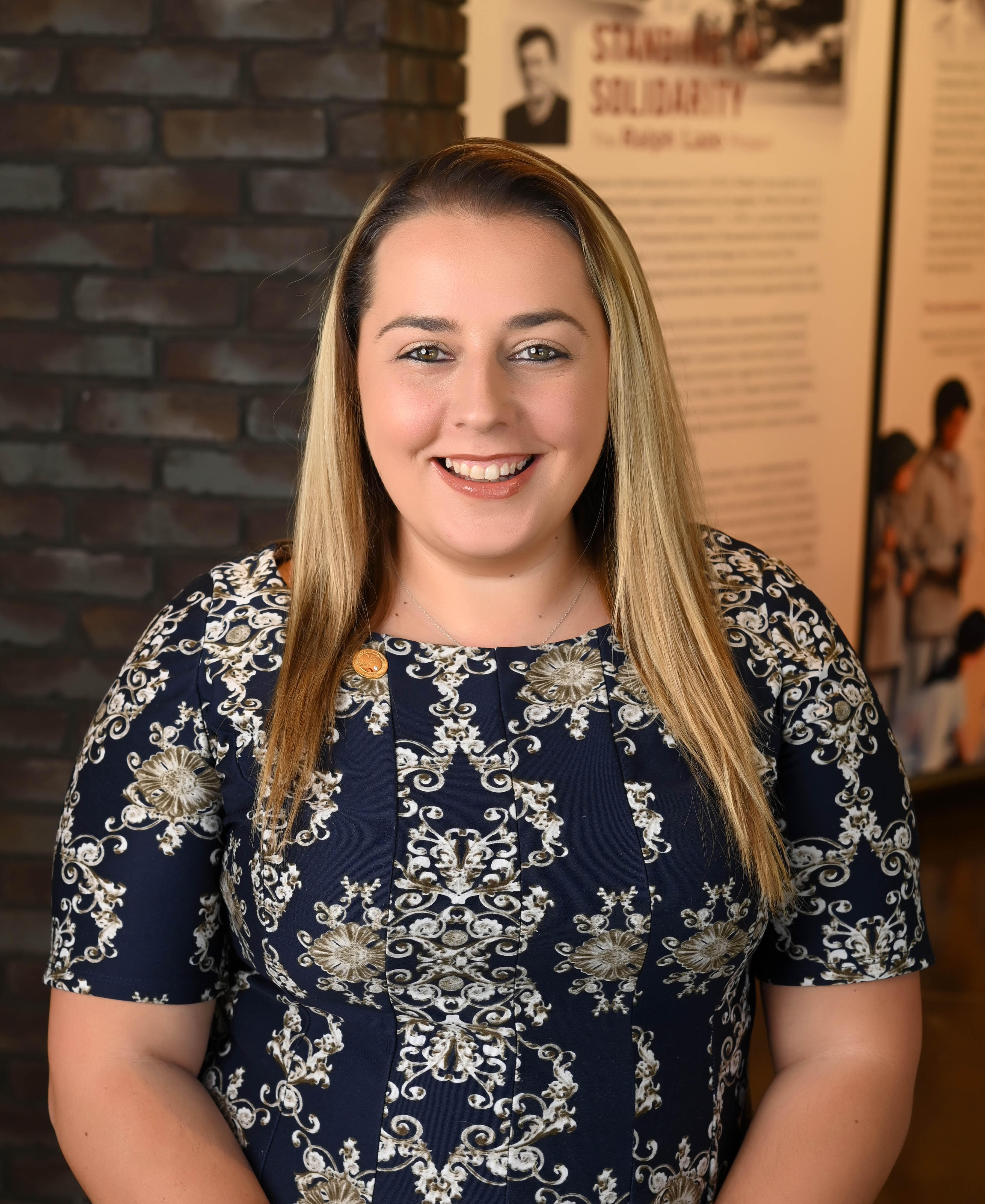 When she was in fifth grade, Jayda Pugliese realized that “something wasn’t right.”

As a student at St. Mary Interparochial School in Philadelphia, she struggled to keep up in class. Her world was falling silent, due to a progressive disease that attacked her auditory nerves.

Adept at lip-reading, Pugliese managed to pass regular hearing exams until her condition reached a crisis point, and her grades began to plummet.

Now, 25 years later, Pugliese is the principal of St. Mary Interparochial, and an internationally recognized educational leader whose work blends sustainability and spirituality.

Help from heaven and earth

Pugliese said she “felt extremely supported” at St. Mary Interparochial after her condition was fully diagnosed.

“They were so inclusive, and so mindful,” she said. “I had speech therapy the entire time, and they set up ASL (American Sign Language) lessons.”

She also participated in the Archdiocese of Philadelphia’s Deaf Apostolate, directed by Immaculate Heart of Mary Sister Kathleen Schipani, whom Pugliese described as a “guiding light.”

And she found a heavenly mentor in Philadelphia-born St. Katharine Drexel, whose canonization cause was confirmed by two miraculous healings of hearing loss.

Pugliese credits the saint’s intercession with helping to slow her own degenerative condition, enabling her to complete her education.

“She became my patroness,” said Pugliese. “For a long while, my nerve damage stopped, and I always say it’s due to St. Katharine Drexel. I needed it to stop for me to get through school.”

At the same time, Pugliese – who relies on hearing aids — describes herself as “a Deaf person in a speaking world,” and “an active advocate for Deaf individuals.”

While at the former St. Maria Goretti (now Neumann-Goretti) High School, she launched an ASL program, threw herself into youth organizations and “hit the ground running” with her academics, building on momentum she’d acquired in seventh and eighth grade.

At Holy Family University, Pugliese completed a B.A. in special education and elementary education, followed by an M.A. in TESOL (Teaching English to Speakers of Other Languages) and literacy.

Her teaching skills – honed in Philadelphia public and charter schools – quickly earned her professional recognition. In 2016, she received the Milken Educator Award (often likened to the Oscars of teaching) in Pennsylvania.

The timing was providential, since Pugliese had been temporarily forced to halt her doctoral studies at Holy Family University due to financial reasons.

“I remember sitting in church crying,” said Pugliese, a member of St. Paul Parish in South Philadelphia. “I said to God, ‘I don’t know what your plan is for me, but I’m going to put it in your hands.”

With the award funding a sizeable portion of her degree, Pugliese – who was subsequently named the 2018 National Science Teachers Association Sylvia Shugrue Awardee and a 2019 finalist for Pennsylvania Teacher of the Year — now expects to receive her Ph.D. next year.

Earlier this summer, she completed one-week collaboration at the Kansas-based Lowell Milken Center for Unsung Heroes as one of the organization’s 2022 fellows.

Pugliese has traveled across the world to give presentations and training on educational best practices, accessible instruction and STEAM-based technology integration for classrooms.

And in the process, she spreads the Gospel message.

“One of the biggest things I’m known for is merging the sustainable development goals created by the United Nations with the corporal works of mercy,” said Pugliese.

St. Mary’s classrooms are the laboratory for this synthesis, she said.

Thanks to two grants from the Ambassador’s Fund for Catholic Education, the school is creating a fleet of STREAM carts for classroom use, while piloting a business education course that instills “servant learning, service leadership and empathy,” Pugliese said.

Those qualities govern her own life, she said, noting that her level of hearing “is absolutely at its worst right now.”

“I could possibly go completely deaf in five to seven years,” said Pugliese. “I will trust in God and let him decide what will happen.”

Regardless of the prognosis, she plans to remain in the field of education.

“Maybe I can pave the way for more individuals who are disabled, and who want to go into leadership,” said Pugliese. “I want to show it’s possible.”

PREVIOUS: Faith guides college president on mission for students, Ukraine and the world