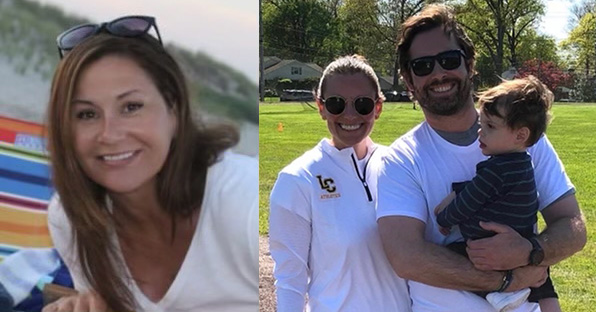 When Philadelphia Catholic League lacrosse begins in March, two of the area’s best programs will be starting anew.

For the boys, Mark Princehorn takes over at St. Joseph’s Prep. For the girls, Jen Armstrong inherits Cardinal O’Hara.

The Prep and O’Hara both share similar histories. Despite possessing bountiful talent and depth, they each have had to take a bow to a more dominant PCL squad on an annual basis.

Princehorn, an Ohio native and a former lacrosse high school star and college lacrosse standout, has been coaching Lansdale Catholic since 2020. He is also the LC athletic director, but he will step down as soon as the school selects his replacement.

“I am incredibly excited and grateful for the opportunity,” said Princehorn. “It was a fantastic opportunity that was the best thing both short and long term for my family. I cannot wait to get started, and I’m beyond thrilled to join The Prep family.

“I want to thank the Lansdale Catholic community, my coaches, and especially my players for all the dedication and support. I wish them all the very best. I also want to thank the administration at St. Joe’s Prep for their support and confidence as my family and we begin this next chapter.”

Princehorn, who set a record for coaching victories while at Souderton High School from 2014 through 2019, guided Lansdale Catholic to 30 wins, two District 12 titles, and two trips to the PCL semifinals during his two-year stint.

Princehorn is well familiar with the history of PCL lacrosse. Since the first league championship contest in 1993, LaSalle has won 25 of the league’s 29 titles (2020 was cancelled because of COVID) and has reached the final every year.

St. Joseph’s Prep first reached the PCL final in 1999, losing to LaSalle, 7-5. Other than when LaSalle bested Archbishop Ryan, 8-5, in 2001, the Hawks have reached every title match.

SJP finally captured a PCL crown with a 9-7 win over LaSalle in 2003 at St. Joseph’s University. The Hawks also seized titles in 2011 (8-6 over LaSalle) and 2015 (12-10 over LaSalle). This past season, the Prep stunned the heavily favored Explorers by climbing to within two goals before succumbing, 8-6.

“I have admired Mark’s coaching for years as my teams have competed against his,” said Prep athletic director Dan DiBerardinis in a school press release. “He has the ability to help his team win games because of his coaching.

“However, most importantly for a coaching job at the Prep, he understands the value of helping his student-athletes become the best versions of themselves, on and off the field. When we were able to hire someone of his character combined with his knowledge of lacrosse, and his work ethic, I was excited.”

As for O’Hara’s Armstrong, she has the herculean task of dethroning perennial champion Archbishop Carroll. The two-time PIAA state champ Patriots have snared 21 consecutive PCL championships, the last five over Cardinal O’Hara, each by double digits. The Patriots’ last loss to a PCL team occurred in the 2000 final, a 14-13 loss to St. Hubert.

“It’s an honor to play in the same league as Archbishop Carroll, and having to play Carroll in league play only makes us better,” said Armstrong. “What Carroll has done in the PCL and also at the PIAA state championship level is impressive and helped put the PCL on the map in the state and even nationally. To be the best one has to play the best.”

However, winning championships is only one of the goals for every head coach.

“O’Hara has a storied history in girls’ athletics,” said Armstrong. “I’m excited to take over a program that has a strong foundation of talented, hard working young women.”

A 1988 graduate of Boyertown High School, where she played basketball and starred in lacrosse before accepting a scholarship to play the latter at Shippensburg University, Armstrong focuses mostly on providing a strong defense.

“Our goal is to be a well-rounded team that excels in every facet of the game,” said Armstrong. “I teach both a high pressure man and a backer zone, and we devote just as much practice time to defense as we do to running an offense.

“Special teams are also important; the zone ride to get the ball back after a turnover, and our transition game moving the ball through the midfield to get up to our attack are equally important.”

Armstrong encourages young athletes to play more than one scholastic sport. As for playing lacrosse, the more teams the better.

“Many girls play for a variety of area lacrosse club programs – being exposed to many different coaching styles and philosophies,” said Armstrong. “That’s fantastic.

For the girls, being active and having balance outside of our lacrosse team, while excelling within it, is something I emphasize as a coach.”