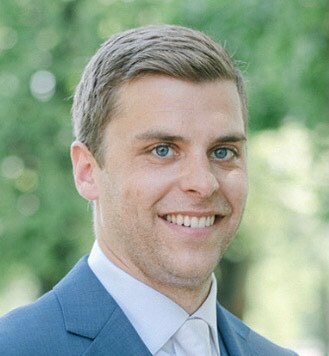 In sports, warm-ups are key to good performance – and the new athletic director at one archdiocesan high school has spent three years limbering up for the role.

Keith Reider will head up athletics at Lansdale Catholic High School effective Sept. 1, and he’s more than ready for the assignment, having spent the past three years working with students and staff as an athletic trainer.

“I feel like I’ve established myself in the community, and everyone feels like family,” said 30-year-old Reider, who holds a B.S. in exercise science from Bloomsburg University and an M.S. in athletic training from Temple University.

Since arriving at Lansdale Catholic, Reider – who is certified in first aid and CPR — has focused on making sports safer for students, creating injury prevention programs and collaborating with medical professionals to ensure athletes received the best available care for game-related injuries. In the process, he’s drawn on experience gained while working at Nova Care Rehabilitation and Grand View Hospital.

That’s peace of mind for teens, parents and outgoing director Mark Princehorn, who will soon begin a new position as lacrosse coach at St. Joseph’s Prep.

“He will do a fantastic job,” said Princehorn. “He already has built great relationships with the coaches, kids, faculty and community. He was essential in the athletic success that took place over the last few years.”

Princehorn also described Reider as “a phenomenal person who will help the students be the best versions of themselves.”

For his part, Reider thanked his predecessor for teaching him “the ins and outs of the job.”

And now he’s ready to get down to work at Lansdale Catholic, a District 12 member of the Pennsylvania Interscholastic Athletic Association (PIAA) and a member of the Philadelphia Catholic League since 2008.

“I’m excited to be part of a well-known league that produces student athletes who can grow to the next level,” he said. “I look forward to once again being part of the close-knit LC community, where staff, students and families all work together to uplift one another in academics and athletics.”