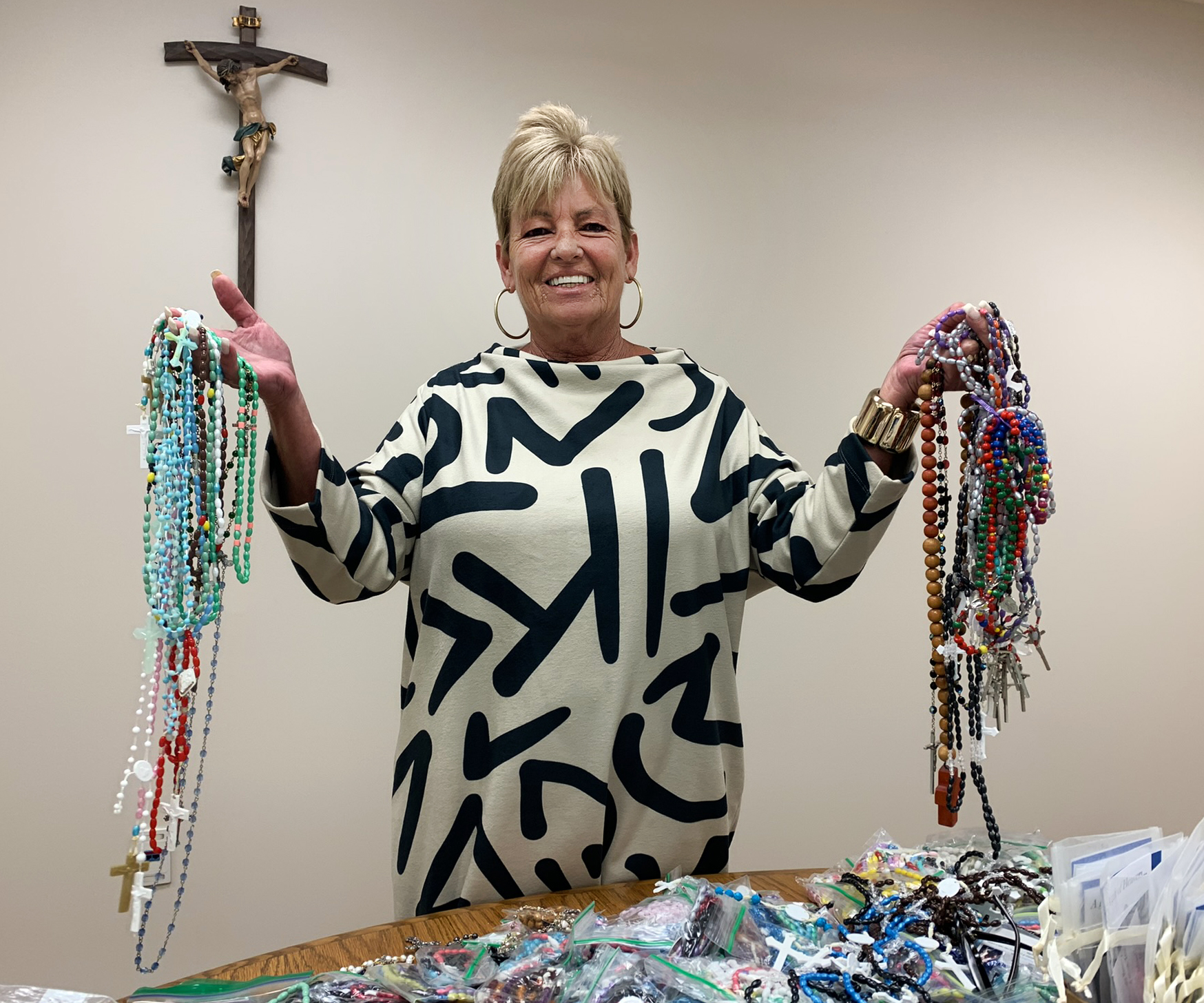 Thousands of rosaries for vulnerable women were donated in response to an archdiocesan-wide request made in August by Amy Stoner, director of community-based and homelessness services for archdiocesan Catholic Social Services. (Gina Christian)

Hundreds of area faithful have flooded an archdiocesan agency with donated rosaries that will be gifted to vulnerable women.

“I asked for 125,” said Amy Stoner, director of community-based and homelessness services for Catholic Social Services (CSS). “I received thousands and thousands. People from all over the Archdiocese of Philadelphia responded.”

Last month, Stoner had requested the rosaries ahead of an annual gathering at Malvern Retreat House for residents of CSS’s Women of Hope and Mercy Hospice programs, both of which support women experiencing homelessness, addiction and mental health challenges.

For this year’s Sept. 7-8 retreat, Stoner wanted to provide each participant with a rosary, accompanied by a message of encouragement from the donor.

After the donation call appeared in an Aug. 4 CatholicPhilly.com article, Stoner’s email inbox quickly filled with offers from individuals, parishes and schools. Soon a conference room table in her office was piled four inches deep with rosaries of every color and material, from simple plastic and knotted cord chaplets to beads made of semi-precious stones.

“The first response I received was from an 88-year-old woman in a senior living facility,” said Stoner. “She made several bags with rosaries that had been in her family, and put little notes in the bags.”

Stoner went to visit the woman, who wrote in one of her message, “This rosary was a gift I gave to my mother 65 years ago. … I am so happy you will be the new owner. May your faith be as strong as hers.”

Another woman donated a rosary from her grandmother, who — amid the untimely deaths of four of her children and her husband — had been “sustained in her darkest hours” by “trusting in the Blessed Mother.”

The woman added she suspected her grandmother would be “praying along while the future owner (of the rosary) is saying her prayers.”

Other donors said they hoped the women would feel “closer to the heart of Jesus,” who as Savior “knows you and loves you deeply.”

“When you carry this rosary, you are never alone,” wrote one contributor.

The enthusiastic support of the rosary drive reflects a desire “to be a part of something bigger,” said Stoner. “We’re going to Jesus through Mary.”

With the retreat participants already covered, Stoner plans to distribute the spare rosaries to other CSS clients at upcoming outreach events.

“It’s like a movement,” she said. “To me, this is a sign from God that this needs to keep going.” 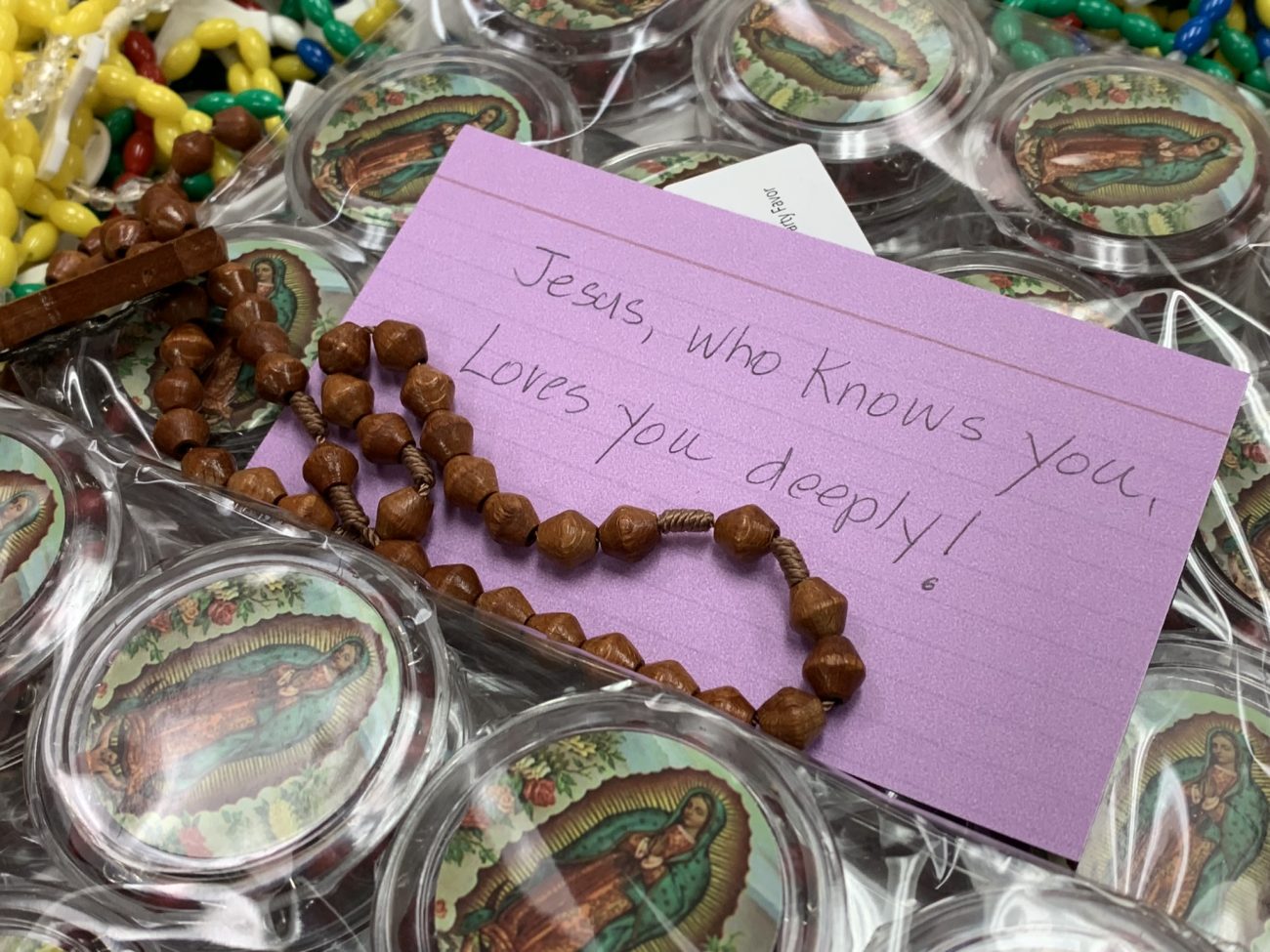