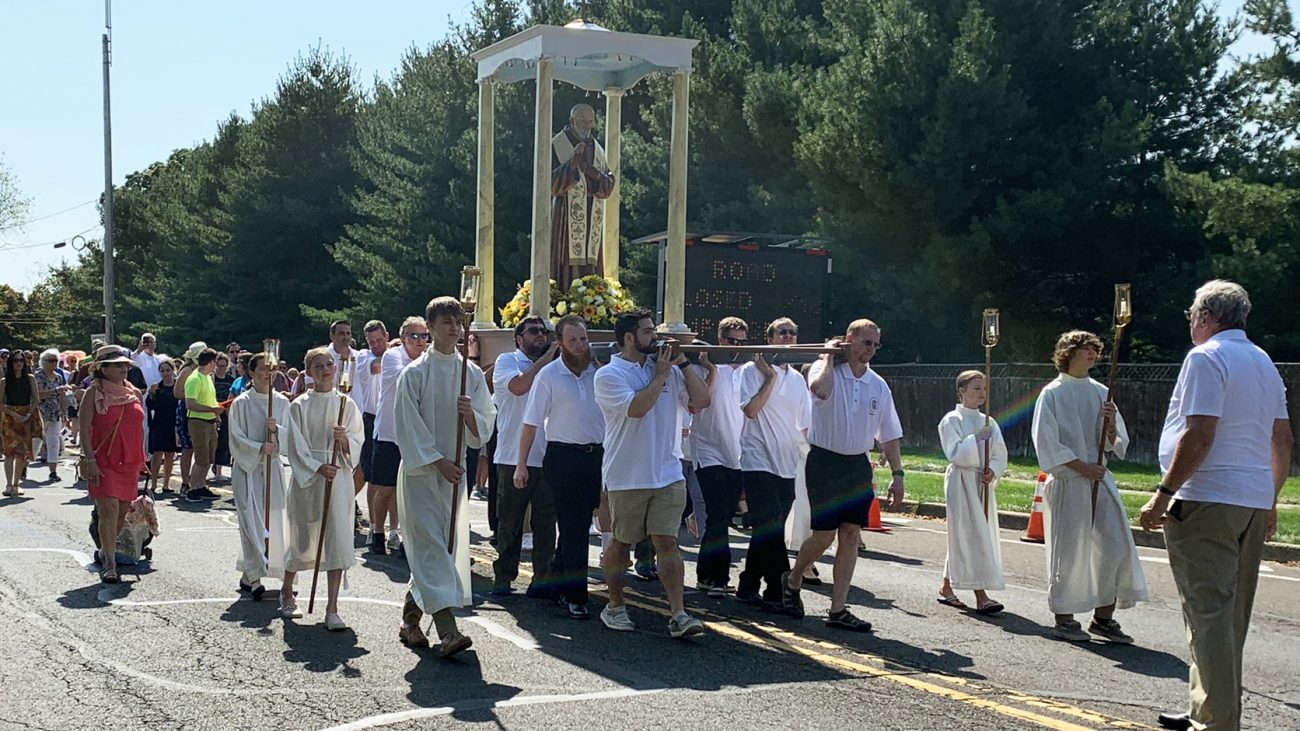 Faithful process with a statue of St. Pio of Pietrelcina at the seventh annual Padre Pio festival hosted by St. Bede the Venerable Parish in Holland. (Gina Christian)

A Bucks County parish recently honored a beloved Italian saint who showed how profound suffering can lead to divine joy.

The weekend gathering — which celebrated devotion to St. Pio of Pietrelcina, a 20th-century Capuchin priest from southwest Italy known for his holiness and miraculous intercession — featured an array of activities for soul and body. Masses, confession, Eucharistic adoration, a healing service, spiritual talks and relic venerations were rounded out by live entertainment, games, raffles, kids’ activities, vendors and plenty of Italian desserts.

Born Francesco Forgione in 1887, the future Padre (“Father”) Pio entered the Capuchin order at age 15 and was ordained in 1910. Eight years later, he received the Stigmata, the first such priest to do so in the history of the Catholic Church. Amid a lifetime of physical and spiritual suffering – compounded by austerity and long hours of prayer — he established Casa Sollievo della Sofferenza, now a renowned national research hospital located in the southern Italian town of San Giovanni Rotondo. Padre Pio died in 1968 and was canonized in 2002 by then Pope (and now St.) John Paul II. 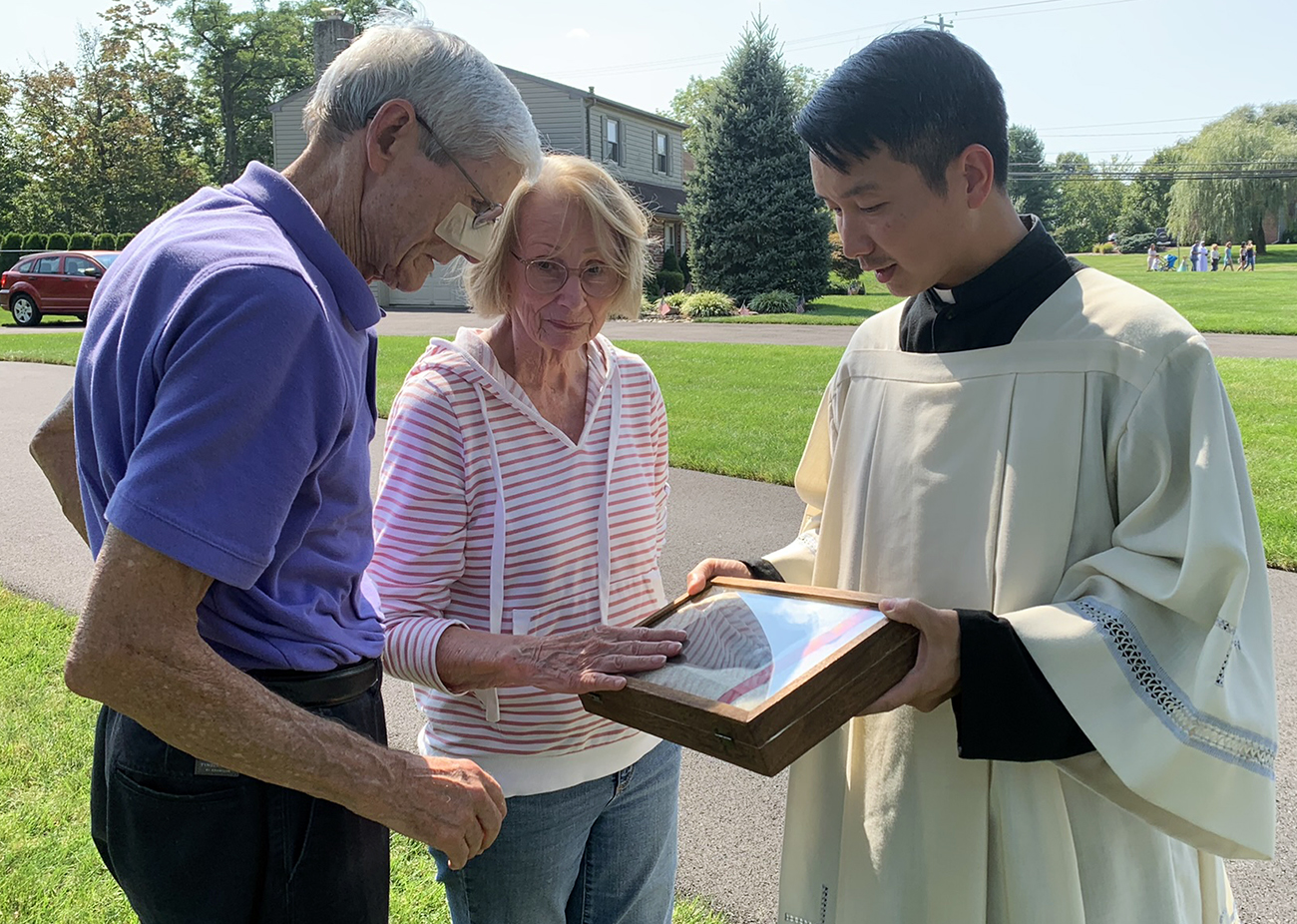 The saint’s life “posed the question” of the meaning of suffering, said Capuchin Father Thomas Betz, pastor of St. John the Evangelist Parish in Philadelphia and principal celebrant and homilist at the festival’s Sept. 19 Mass.

Padre Pio’s humble acceptance of illness and, in particular, an “inner humiliation” from the unwanted attention to the Stigmata modeled the sacrifice of Christ, said Father Betz.

That surrender, in turn, has blessed others through the mysterious workings of God’s will, he added.

“Somehow, human suffering is precious to God, and endured in union with the sufferings of Christ, it is salvific,” said Father Betz.

Following Sunday’s Mass, a large statue of St. Pio – painted and modified by liturgical artist Ed Rogowski, a St. Bede parishioner — was processed for about a mile through the residential neighborhood surrounding the parish. Participants of all ages recited the rosary, while the Verdi Band of Norristown, an Italian-American horn and drum ensemble, provided accompaniment.

Longtime St. Bede parishioners Phyllis and Lawrence Kane were among those who touched the relics, describing the procession as a whole as “wonderful.”

Susan Driver, on hand to watch her son perform with the Verdi Band, said even as a non-Catholic she found the festival “fantastic.”

“I think it makes (participants) feel closer to God,” she said.

The gathering also drew participants closer to one another after more than two years of COVID-related isolation, said Msgr. Marine.

The festival was also a “doorway of evangelization,” said Msgr. Marine.

“We need to bring our faith out into the street … as Christians, prayerful, simple and walking with God,” he said. “Even if you’re just coming here for a sandwich or a soda or rides for your kids, it has to touch you. This is the church at its best.”

NEXT: Deacons bring ‘heart of Christ the servant’ to faithful