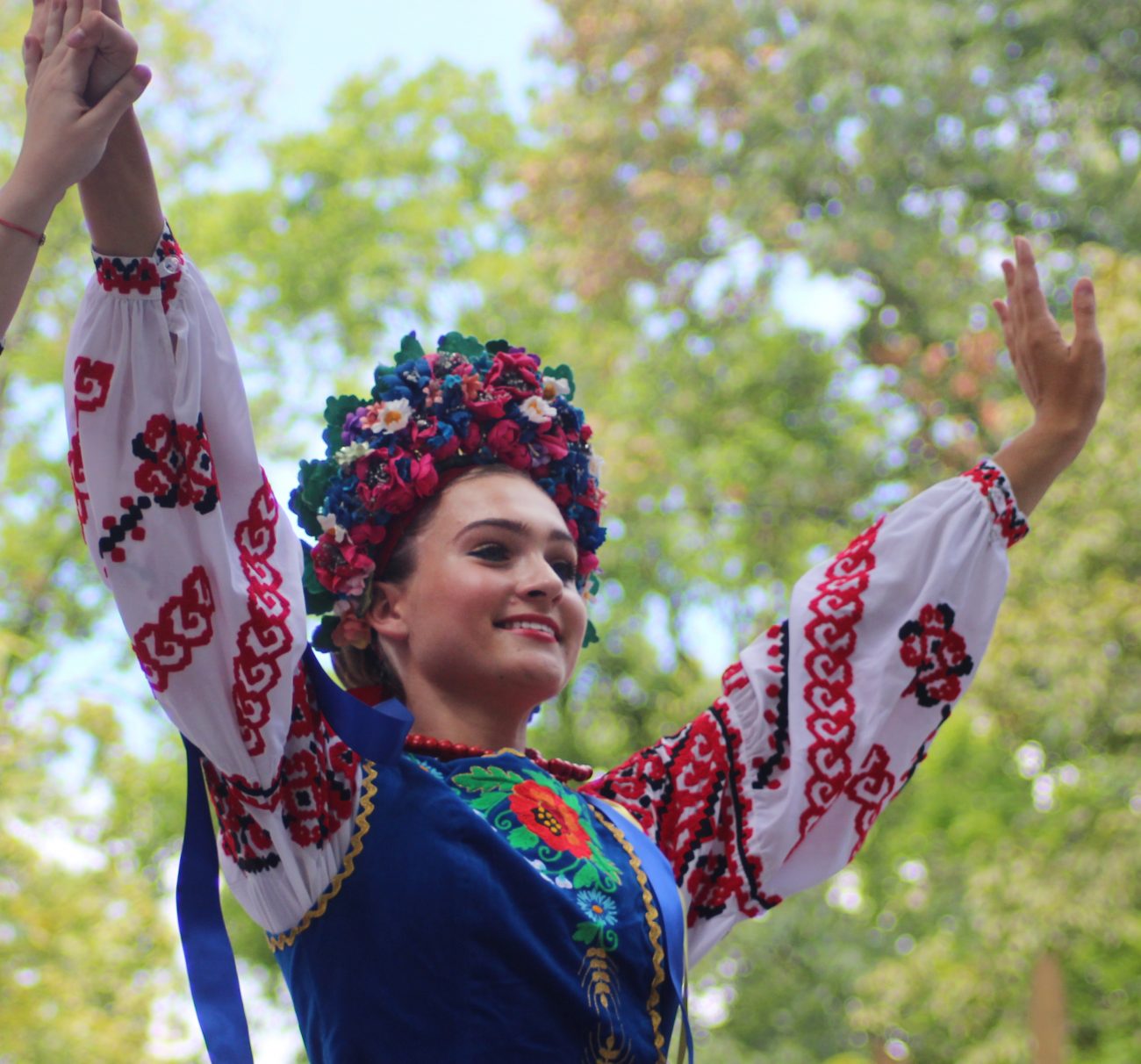 A dancer from the Voloshky School performs at an Aug. 28 Ukrainian folk festival on the grounds of Tryzub, the Ukrainian American Sports Club, in Horsham. (Gina Christian)

As the Russian invasion of Ukraine enters its seventh month, local Ukrainian faithful remain more committed than ever to “a fight for Western civilization.”

“What’s going on in Ukraine is absolutely in the U.S.’s interest. That result directly affects what happens here,” said Eugene Luciw, president of the Ukrainian Congress Committee of America’s Philadelphia chapter and a member of Presentation of Our Lord Ukrainian Catholic Church in Lansdale.

Luciw served as master of ceremonies at an Aug. 31 folk festival celebrating the 31st anniversary of Ukraine’s independence from the former Soviet Union. The gathering, which drew at least 1,000 attendees to the Ukrainian-American Sport Center (Tryzub) in Horsham, featured traditional Ukrainian music, dance, food and crafts, as well as appearances from Ukrainian-American community leaders and elected officials.

Speaking in both Ukrainian and English, a visibly moved Luciw introduced Leonid Avdiiuk, a Ukrainian soldier wounded in the current phase of the war, which continues attacks initially launched in 2014 with the attempted annexation of Crimea and the backing of separatist regions in Ukraine’s Donetsk and Luhansk provinces.

“This man was not just protecting Ukraine; he was protecting all of us,” said Luciw, after Avdiiuk – walking with a cane – concluded his address with the words “Slava Ukraini” (“Glory to Ukraine”) as audience members cheered, some wiping away tears.

Among the area Ukrainian American community leaders joining Luciw and Avdiiuk on stage was Dr. Jonathan Perri, president of Jenkintown-based Manor College. Founded by the Sisters of the Order of St. Basil the Great, the school has long fostered Ukrainian heritage and spirituality, and has served as a locus of broad support for Ukraine throughout the Russian invasion. 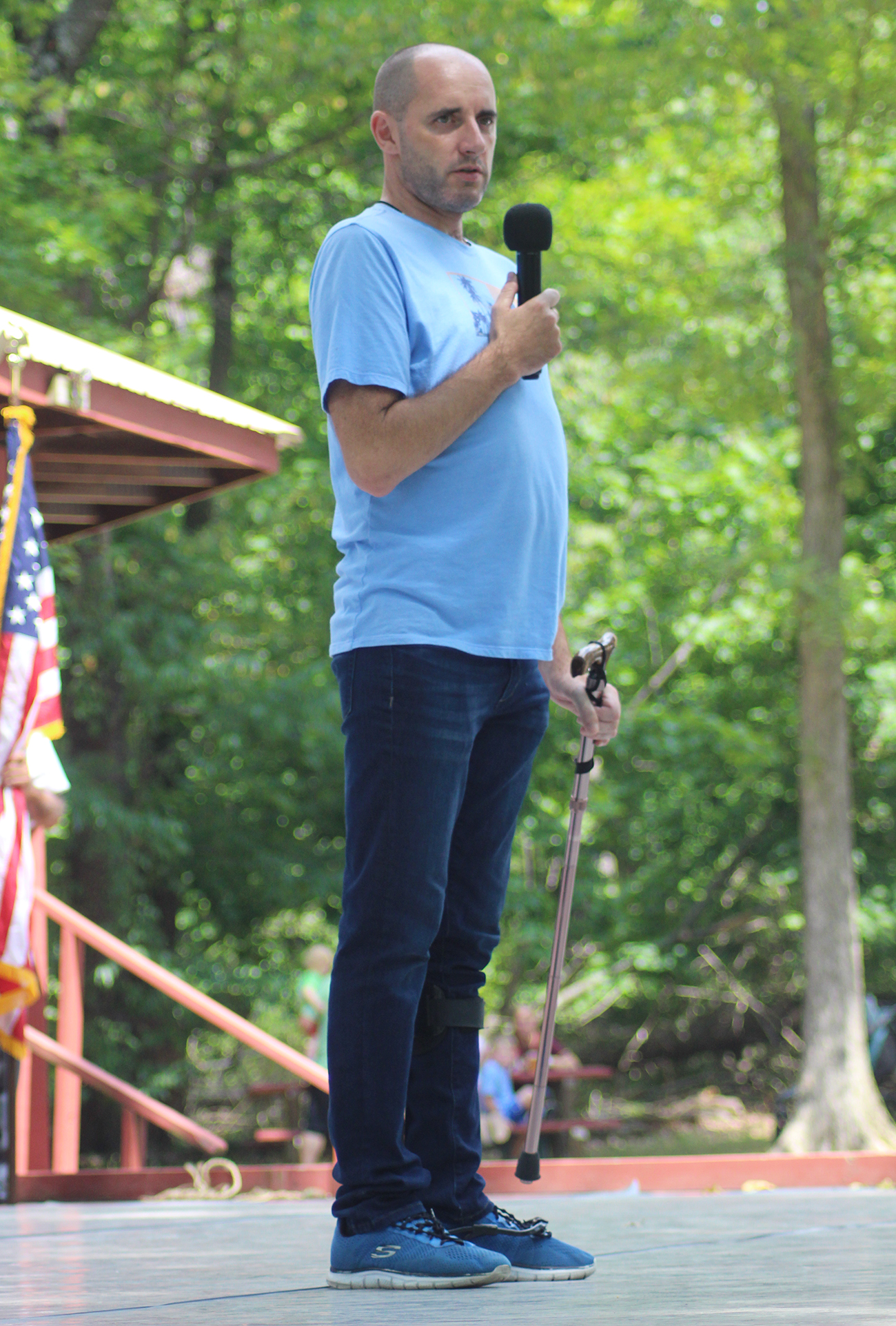 Nicholas Rudnytzky, professor of history and dean of academic services at Manor, said the festival’s large crowd was “not unexpected, since in the last six months the Ukrainian-American diaspora has been galvanized by the attack on the homeland.”

The presence of representatives from area Korean, Vietnamese and Indian communities at the event showed Russian president Vladimir Putin’s “attack on Ukraine isn’t just a local phenomenon,” said Rudnytzky. “It’s an attack on civilization. The immigrant communities know and dread what this feels like, (and) their … fraternity in these times is very important.”

Such solidarity is vital as “tens of thousands of people are (now) dead or brutally injured,” and “12 to 14 million left without a home,” said Luciw, noting that the population of Pennsylvania is approximately 12.4 million.

“Imagine our entire beautiful state, all of Pittsburgh, all of Philadelphia … and everything in between, suddenly without a home,” he said.

Luciw expressed gratitude for the support provided by the U.S., which he described as “Ukraine’s partner” against tyranny.

At the same time, U.S interest in the war has lagged in recent weeks, said some attendees.

“My American friends … come to me all the time to ask, ‘What’s going on? We don’t see or hear about (the war) in the news,’” said Father Roman Pitula, rector of the Ukrainian Catholic Cathedral of the Immaculate Conception in Philadelphia.

Father Pitula – who blessed the crowd along with Ukrainian Orthodox Father Taras Naumenko, dean of St. Vladimir Ukrainian Orthodox Cathedral in Philadelphia – said he was anxious for the safety of his in-laws, who live in western Ukraine. 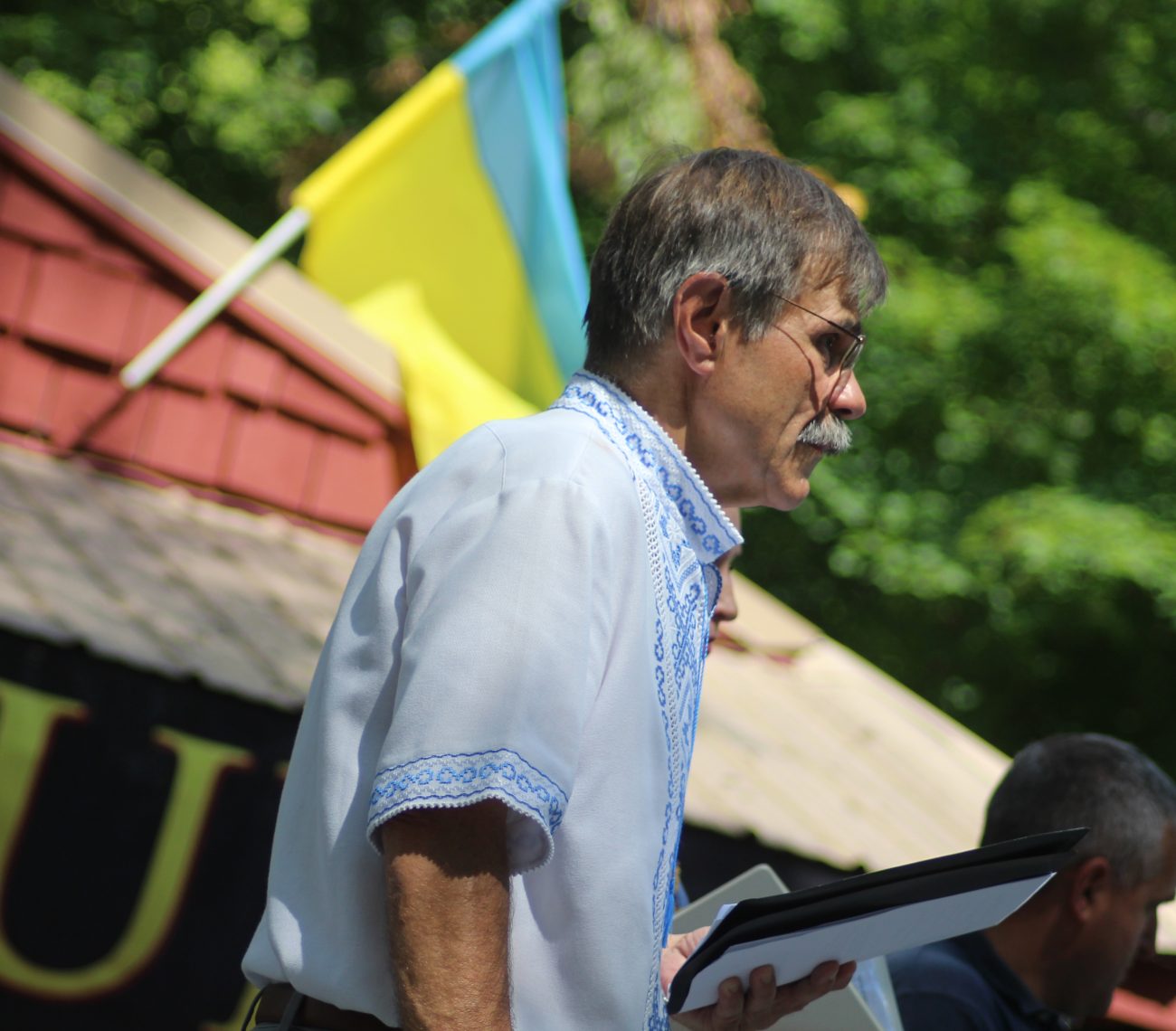 Eugene Luciw, who served as master of ceremonies for the Aug. 28 festival, said Ukraine is “fighting for Western civilization.” (Gina Christian)

While the recent battles have been concentrated in the nation’s east and south, “you never know what’s going to happen, how this war can escalate,” said Father Pitula.

Those concerns were echoed by Vera Pryszlak-Loza, vice principal of the Ukrainian Heritage School in Jenkintown and a member of Christ the King Parish in Philadelphia.

A cousin living in Ivano-Frankivsk with his children and grandchildren experiences “air sirens every day,” she said. “You never really know what’s going to happen, when it’s going to escalate.”

Pryszlak-Loza said those fears are compounded by Russia’s occupation of the Zaporizhzhia nuclear power plant, Europe’s largest such facility. A recent visit by the UN’s International Atomic Energy Agency determined that Russian military equipment on the site, combined with what the UN called “extremely stressful” working conditions for the plant’s 900-some Ukrainian staff, poses grave risk.

“So every day, it’s anxiety,” said Pryszlak-Loza. “Who knows what Putin’s going to do? The man is certifiably insane. … He just wants to crush the country.”

Europe itself is in danger, she added.

“What’s to stop him from moving on to the Baltics or to other bordering countries?” she said. “And he can’t go into the EU countries without it becoming a world war.”

That recognition makes Ukraine and the global Ukrainian community all the more determined to fight, said Luciw. 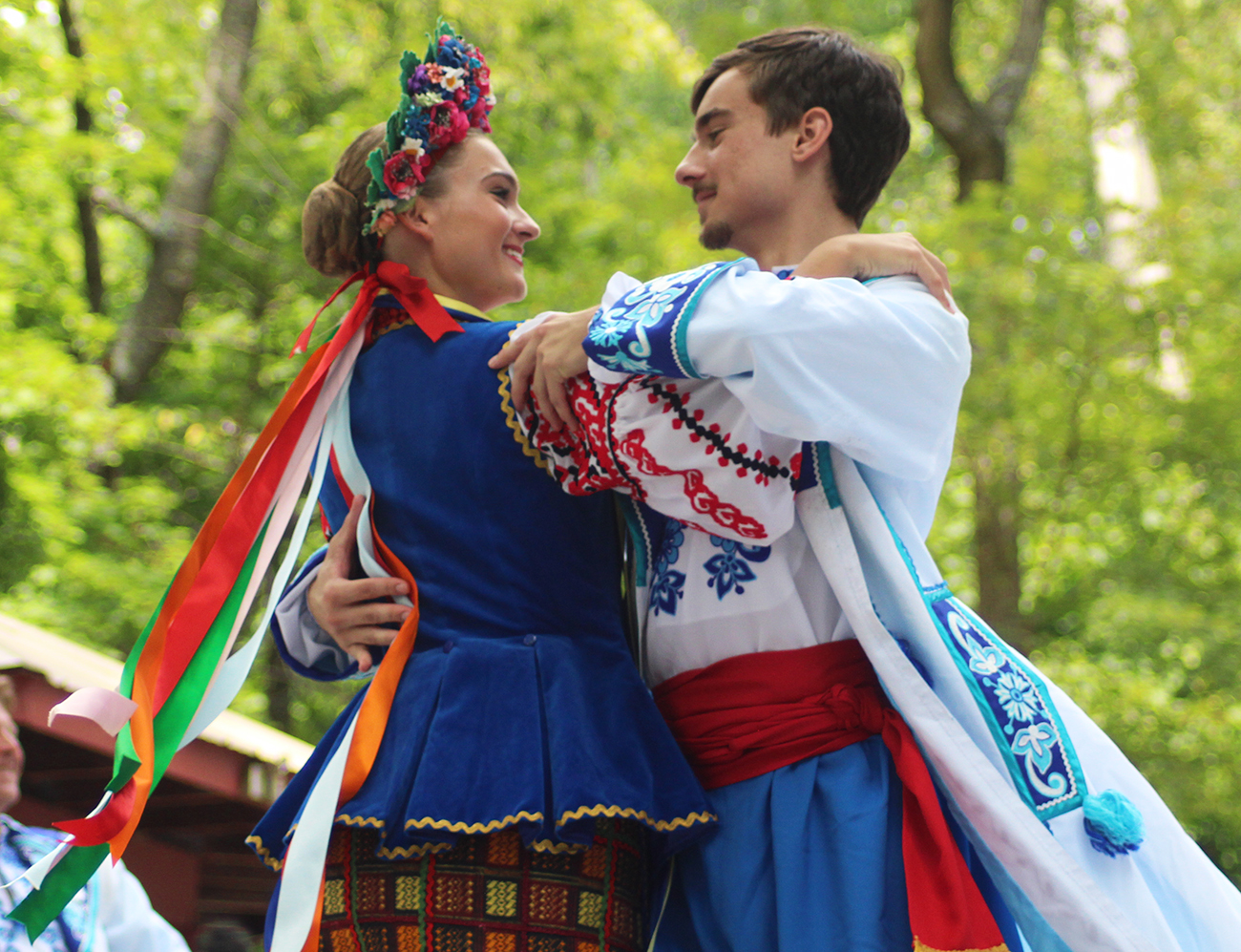 Dancers from the Voloshky School perform at the Aug. 28 festival. (Gina Christian)

NEXT: ‘Blessed to be the best,’ thanks to faithful donors