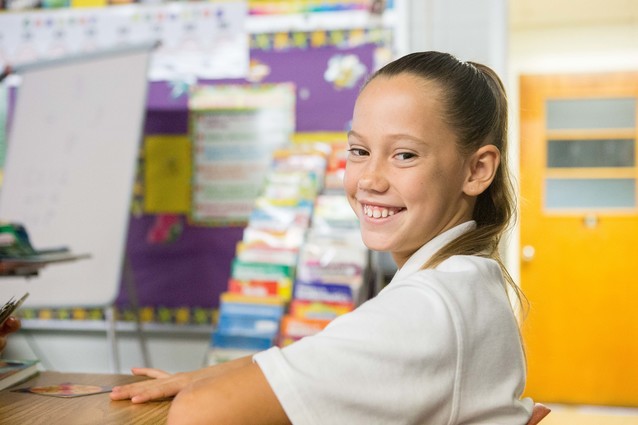 Students returning to archdiocesan K-8 classrooms this fall are on track academically, amid broader trends of learning loss due to COVID-19 lockdowns over the past two years.

“Our students made a full year’s growth despite the pandemic,” said Immaculate Heart of Mary Sister Edward Quinn, assistant superintendent for curriculum instruction and assessment for the archdiocesan Office of Catholic Education (OCE).

Back in March, students at OCE K-8 schools in the five-county Philadelphia area took the written tests in person as part of a normal week of classes, with archdiocesan elementary schools remaining open under strict COVID protocols. Special testing accommodations were made for students whose parents opted for remote instruction.

The testing process itself did not delay lesson plans, said Sister Edward.

“They did one section of the test each day, for about one to one-and-a-half hours, she said. “I don’t like interruption in learning.”

The test format selected by OCE consisted of both “multiple choice and constructive responses,” she said. “We thought multiple choice (alone) could be a guessing game. … We wanted to make sure kids comprehended, and it makes the tests more challenging.”

Some students relished the opportunity to show off their skills, she added.

At one OCE kindergarten in Philadelphia, kids “came in their best dress or suit, with a brand new #2 pencil,” said Sister Edward. “They were like little professors. They thought they were proving they were ready for first grade.”

The tests were calibrated along “pre-pandemic norms,” she said, making the results even more reassuring.

“Students’ mean achievement scores were above the national norm (the 50th percentile) in every content area at every level tested, with a range of 7 points above to 27 points above the norm,” wrote Sister Edward in a post-testing report.

“At every level in grades 3 to 7, more than 30 percent of the students performed in the top 25 percent nationally,” observed Dr. Andrew McLaughlin, secretary of archdiocesan elementary education.

Language skills “were strongest at all levels,” said Sister Edward, noting that “skills which generally require student collaboration and interaction” — such as those developed by working in teams on science experiments – “appeared to be most challenging” due to social distancing. Her office plans to give “more focus” to reinvigorating such skills over the coming year.

A group of researchers from Harvard University, Dartmouth College, the American Institutes for Research and school testing nonprofit NWEA found similar downturns, and stressed that “remote instruction was a primary driver of widening achievement gaps.”

“Person-to-person contact is so important because of children’s nature,” she said.

She also attributed the test scores to “teachers who are really committed to helping students achieve.”

“They see what they do as a mission, rather than a 9-to-5 job,” said Sister Edward. “Archbishop (Nelson) Pérez is really working toward missionary discipleship here, and there is a missionary element to our teaching.”

Above all, she said, “we want parents to know their children are succeeding.”