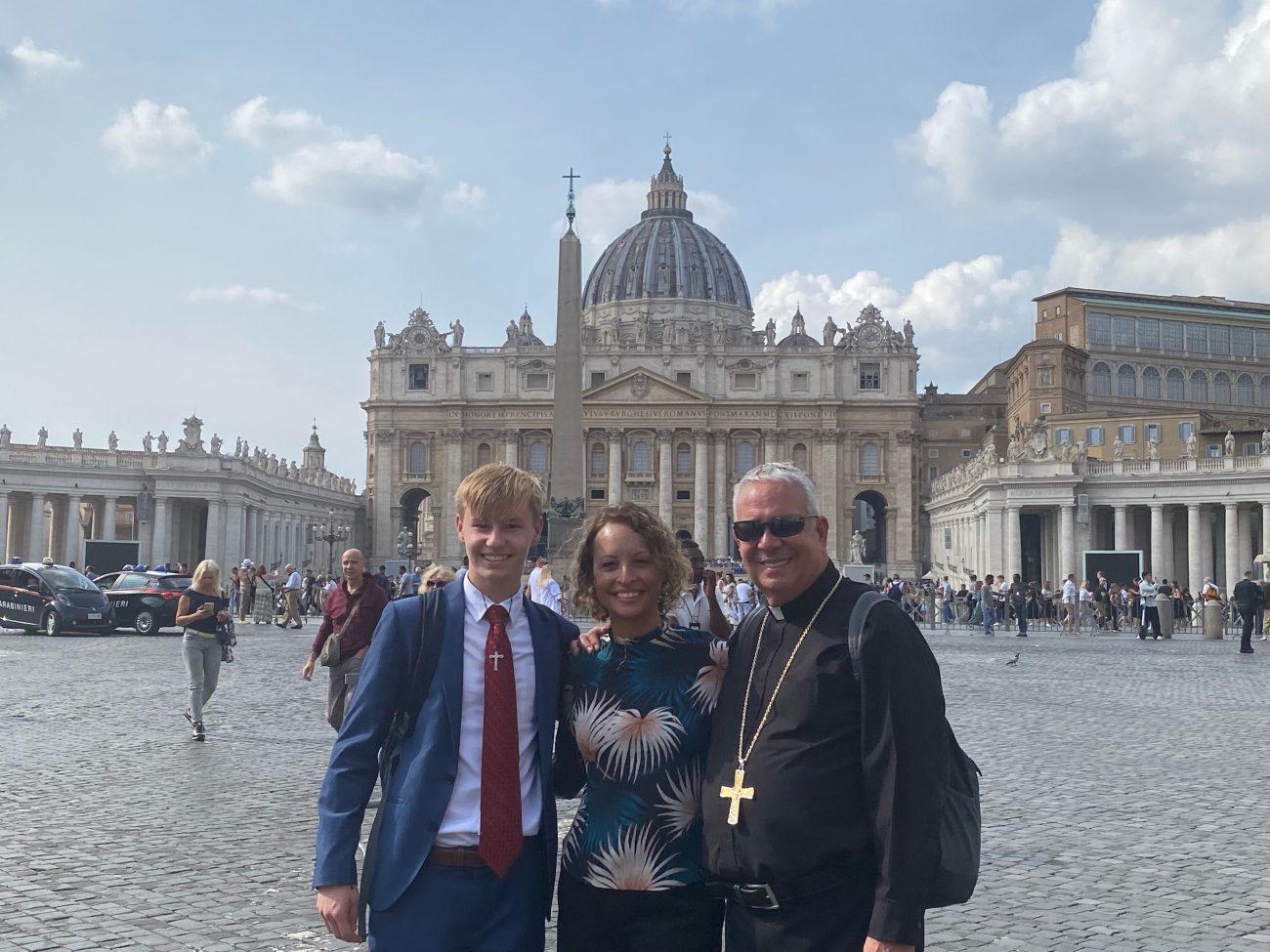 An archdiocesan high school student joined Archbishop Nelson Pérez in Rome this week to bring back a message from Pope Francis for the nation’s youth.

Sam Gorman, a junior at Bishop Shanahan High School in Downingtown, and fellow delegates from the National Youth Advisory Council (NYAC) of the National Federation of Catholic Youth Ministry (NFCYM) traveled to the Vatican for a series of meetings that included an Oct. 12 papal audience.

Based in Washington, D.C., the nonprofit NFCYM provides broad leadership for Catholic youth ministry throughout the country. Its advisory council, launched this past summer, represents a diverse group of young people from various states and cultural backgrounds, with members working to ensure Pope Francis’ pastoral guidance reaches youth. 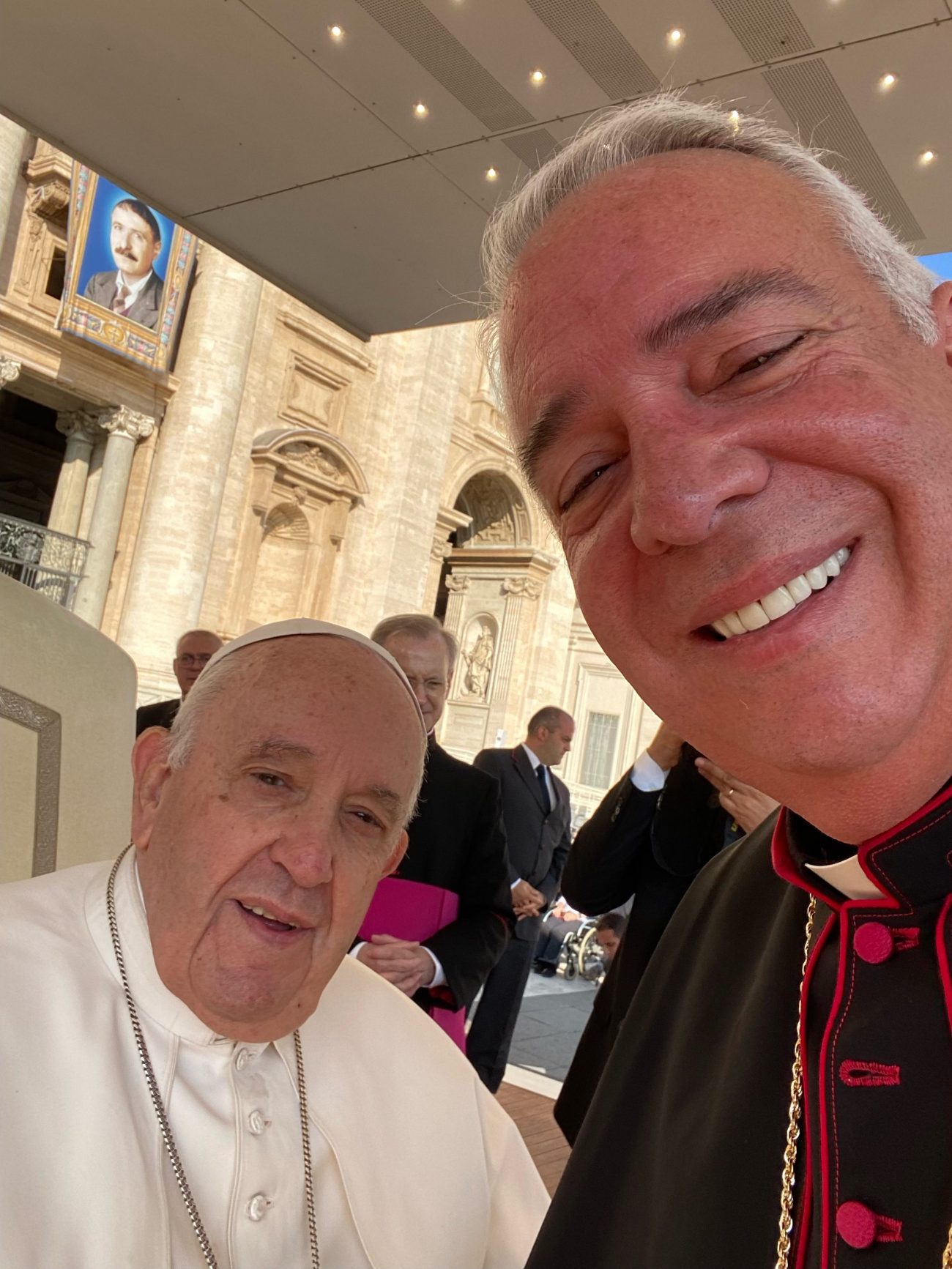 Council members began their pilgrimage Oct. 9 in Chicago and then headed to Rome, where they gathered for prayer, reflection and discussion.

In a Facebook post, the OMY office said the group was on hand to “share with Pope Francis what the youth of the USA want him to know about them, (and) what action they would like Pope Francis to take in response.”

On Oct. 12, Archbishop Pérez presented the delegation to Pope Francis at an outdoor papal audience. During the gathering, the group and the pope exchanged messages, with the former offering letters written by Catholic youth in the U.S.

“I have one as well,” he added, before taking what he called his “first papal selfie” with Pope Francis.

Speaking in Spanish, the pope advised Llamas to exhort youth to be “joyful, not to lose (their) joy.”

Following the audience, Archbishop Pérez said in a Spanish-language interview with Rome Reports Español that the pope’s message for youth was “full of joy and hope.”

That exhortation was in turn a call to “not lose joy and hope…even amid our daily lives in the real world. Joy and hope are the source of our strength to transform the world,” said the archbishop.

Delegates will proclaim that same message at next month’s National Catholic Youth Conference, sponsored by NFCYM and Nov. 10-12 in Long Beach, CA.

NEXT: ‘Boot Up Philly’ drive provides firm footing for those in need