‘Boot Up Philly’ drive provides firm footing for those in need 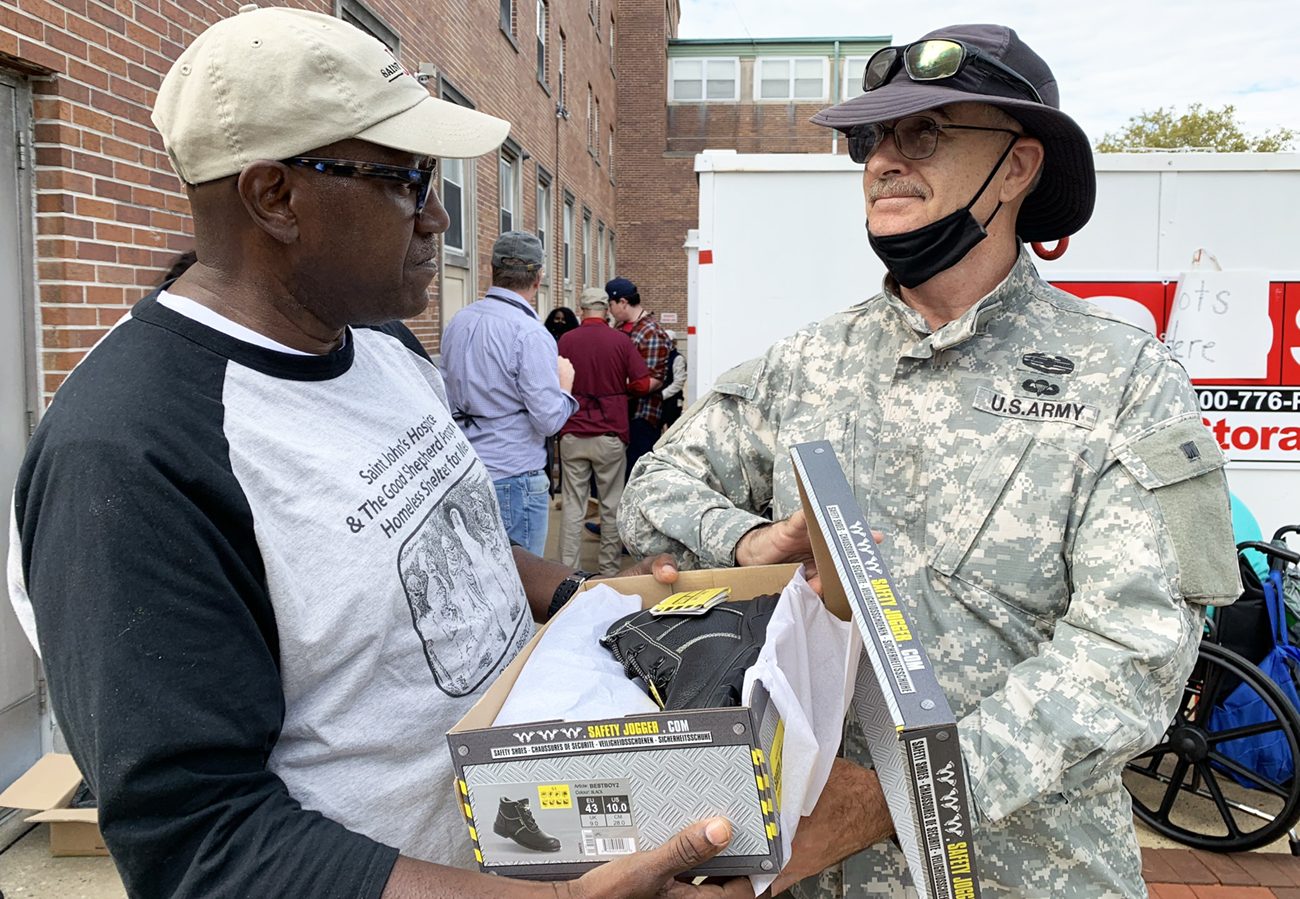 An archdiocesan ministry is helping those experiencing homelessness to gear up for the colder weather – and you can help.

St. John’s Hospice (SJH) will hold its second annual “Boot Up Philly” giveaway Oct. 22 from 10 a.m. to 12 p.m. in the parking lot of the Archdiocese of Philadelphia’s Pastoral Center, located at 222 North 17th Street in Philadelphia.

At the event, SJH staff and supporters will distribute new boots, socks, underwear and cold-weather essentials for some one thousand men, women and children experiencing homelessness.

Ahead of the event, SJH will collect monetary donations, as well as gently used clothing and coats, for the effort.

So has the need. Across the country, homelessness has risen over the past several years, due to spikes in housing prices, reduced housing inventory and ongoing challenges such as poverty, mental illness and addiction.

According to its website, the city of Philadelphia counts “between 700 and 800” persons living on its streets at any given time,” a number some advocates say is an undercount that excludes those who are forced to “couch surf” for shelter among acquaintances.

Located in Philadelphia, SJH has worked since 1963 to provide crucial immediate and longer-term supports to men experiencing homelessness in the city’s downtown area. Hundreds of residential and day guests receive meals, case management, on-site nursing, daily showers and access to a mail room.

A beneficiary of the Catholic Charities Appeal, the facility also annually houses some 250 men transitioning from homelessness to independent living.

While SJH is actually named for St. John the Evangelist, the “Boot Up Philly” campaign’s practical approach was inspired by St. John Neumann, the beloved Philadelphia saint after whom the drive was modeled.

Known for his extreme self-sacrifice and generosity to the poor, the fourth bishop of Philadelphia once joked the only way he could change his shoes was by putting the right one on the left foot, since he had just a single pair.

A tireless missionary and evangelizer, St. John Neumann also logged hundreds of miles over difficult terrain, often on foot – and could well sympathize with the painful ailments SJH’s clients can face due to inadequate footwear.

“When you’re on your feet all the time, without access to regular showers, walking rain or shine, infections can become deadly,” said Small, who has seen gangrenous wounds among some clients.

The feet are “the foundation of your body,” said Ken Brown, owner of the Pennsauken, N.J.-based Sneaker Outlet and the major supplier of footwear for Boot Up Philly.

Brown, who has partnered with SJH for years, typically buys the inventory at heavily discounted prices in the off-season – and although he’s not able to meet personally with those who benefit from the SJH giveaway, he sends the shoes with a message to their new owners.

To donate to St. John’s Hospice, visit the ministry’s website or contact Elizabeth Small at esmall@chs-adphila.org or 215-563-7763.