Archbishop Ryan HS says Catholic educator has got the spirit 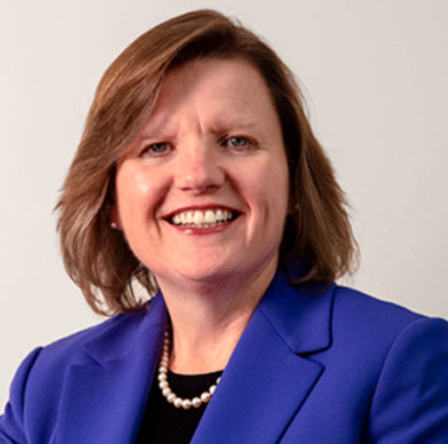 A Catholic education professional is being honored by the archdiocesan high school at which she spent 17 years.

Nancy Kurtz, interim superintendent for secondary schools at the archdiocesan Office for Catholic Education, will receive the Spirit of Ryan Award from Archbishop Ryan High School (ARHS) in Philadelphia at an Oct. 16 breakfast banquet on the school’s campus.

The annual award highlights those who have exemplified the school’s values through their contributions, dedication, leadership or service to ARHS, the wider community, the church or society as a whole.

For almost two decades, Kurtz had attended many Spirit of Ryan Award ceremonies, but never suspected she would one day be called to the podium to receive one.

“I was really, really surprised,” she said, adding that seeing others get the nod of approval always gave her “a great sense of pride” in those “who had made a real impact on the school.”

Kurtz described ARHS as “a community-based school that reaches well beyond its local community,” drawing students “from all over the greater Philadelphia area.”

Catholic education itself is “on an upswing,” she said, especially as many schools throughout the nation struggled to sustain consistency amid COVID-19.

“The value of Catholic education was always there, but the pandemic really highlighted it,” said Kurtz. “We play a role in the community as leaders in educating the students of the five-county area.”

Although reluctant to call attention to herself, Kurtz admitted her family was “very proud” of her for being named a Spirit of Ryan awardee.

On learning the date of the ceremony, however, they did have one concern, she said.

“They asked if the Eagles were playing then,” laughed Kurtz.

PREVIOUS: Archdiocesan high school in finals for $1M prize, thanks to innovative education

NEXT: Agency urges low-income families to apply for federal discount on internet access