Archdiocesan high school in finals for $1M prize, thanks to innovative education

An archdiocesan high school has been named a semifinalist for a $1M educational prize, thanks to its groundbreaking commitment to career technical education (CTE).

Father Judge High School is among 32 schools from throughout the nation that are up for the Yass Prize for Sustainable, Transformational, Outstanding and Permissionless Education (STOP).

On Oct. 3, prize officials announced the school had been named a quarterfinalist during the Forbes Under 30 Summit in Detroit.

Yesterday, school administrators learned at a Forbes event in New York that Father Judge had advanced to the semifinals, guaranteeing the school a $200,000 award.

Founded by Janine and Jeff Yass through the Center for Education Reform and media partner Forbes, the Yass Prize recognizes schools that focus on delivering innovative learning experiences. Quarterfinalists are guaranteed to receive the organization’s STOP Award of $100,000, while 32 semifinalists will become eligible for a $200,000 STOP Award. In addition, all competition participants will be invited to join a growing learning community to foster enhanced educational growth across the nation.

Following the maxim of its patron St. Francis de Sales, the school encourages students “to be who they are, and be that well,” said Nolan.

And for many, that means preparing for a career immediately upon graduation through the school’s growing CTE initiative, she said.

During the 2019-2020 academic year, Father Judge launched a three-year welding curriculum, the first of its kind among archdiocesan high schools as part of its commitment to CTE.

The welding program became a reality thanks to grants from the Ambassador’s Fund for Catholic Education and the Connelly Foundation, which provided a combined $350,000, and a $1.5 million Pennsylvania State Redevelopment Assistance Capital Program (RACP) grant to the Friends of Father Judge High School, which has supported the expansion of both the welding lab and the school’s Father Brisson Academic Excellence Center.

Last spring, the first cohort of 33 welders graduated, with many receiving job offers even prior to donning their mortarboards.

With additional support from the Ambassador’s Fund for Catholic Education, the school has purchased a robotic welding machine, said Father Judge president Brian Patrick King, who graduated from the school in 1997.

Going forward, welding students will also be certified in the AutoCAD drafting software used in robotic welding, he said.

“When you look at the socioeconomics, these young men are coming out of school at age 18 to jobs that start at $60,000 to $70,000, and that’s going to change the trajectory of their families,” she said.

Expanding CTE programs at the school is a means of broadening Father Judge’s educational vision, without limiting it solely to “preparation for college,” she added.

The school is keenly aware that “everybody learns differently,” said King, noting that he and his team work to integrate “more interaction and more layers” into their educational dynamics.

And as the Father Judge community moves through both the new academic year and the Yass Prize process — with the latter wrapping up Dec. 14 at Forbes on Fifth in New York — “it’s all kind of new, but exciting,” said Nolan. 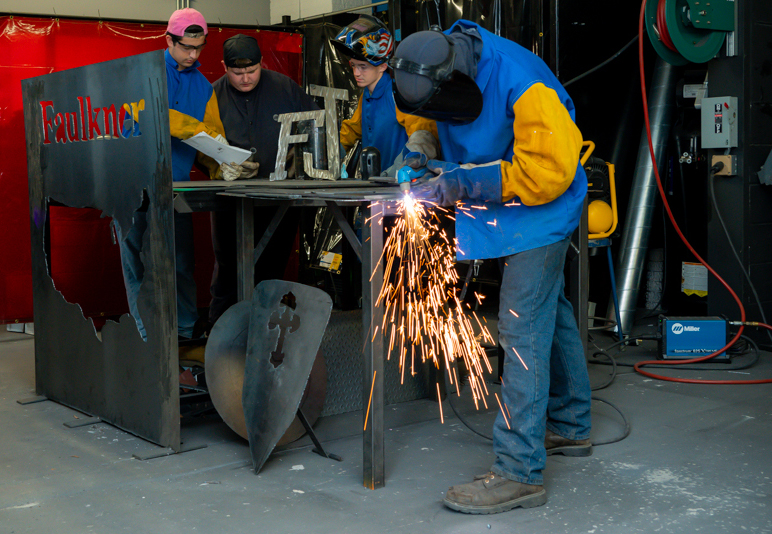 NEXT: Archbishop Ryan HS says Catholic educator has got the spirit