Deacon Dominic A. Garritano dies at 76 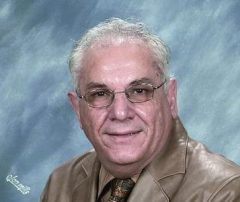 Deacon Garritano was born on June 18, 1948. He was the only child born to the marriage of the late Frank and Dorothy Garritano. On October 2, 1965, Deacon Garritano married Elizabeth Giordano. They were married for 57 years. Their union produced four children: Diorina; Frank; Christopher; and Dominica; as well as eight grandchildren.

Deacon Garritano was a 1993 graduate of Temple University, where he earned a Bachelor of Science degree in Industrial Technical Education. For most of his career, he was employed as an educator at the North Montco Technical Career Center. He also was an adjunct instructor at Temple University, teaching vocational-education classes, particularly to special education majors.

A second viewing was held on Friday, October 28, 2022, beginning at 9:00 AM to 11:00 AM, at Our Lady of Grace Church, 225 Bellevue Avenue, Penndel.  The Principal Celebrant will be the Most Reverend Michael J. Fitzgerald. The homilist will be Monsignor Joseph G. Prior. The Deacon of the Mass will be Deacon Ralph J. Shirley.