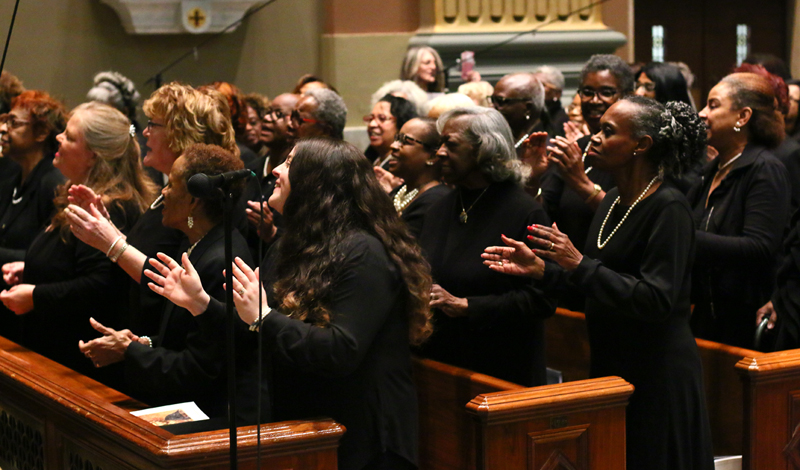 Members of the Philadelphia Catholic Gospel Mass Choir perform at the Feb. 18, 2020 Mass of installation for Archbishop Nelson J. Perez at the Cathedral Basilica of SS. Peter and Paul. (Photo by Sarah Webb)

An upcoming Mass in Philadelphia will celebrate Black Catholic heritage – and a milestone for Black Catholics in the permanent diaconate.

Archbishop Nelson J. Pérez will be the principal celebrant at the 59th annual St. Martin de Porres Mass, which will take place Nov. 6 at 3 p.m. at the Cathedral Basilica of SS. Peter and Paul. A 2:30 p.m. musical prelude will feature Philadelphia Catholic Gospel Mass Choir under the direction of composer Tonya Taylor-Dorsey, with the ensemble also providing accompaniment for the liturgy.

During the Mass, which will be concelebrated by priests from the archdiocesan Black Catholic Apostolate, Archbishop Pérez will confer the sacrament of confirmation on several youth from parishes in the local Black Catholic community.

The archbishop will also recognize the 40th anniversary of Cardinal John Krol’s ordination of the archdiocese’s first Black permanent deacons on Nov. 7, 1982.

Sponsored by the archdiocesan Office for Black Catholics, the annual liturgy invokes the intercession of Peruvian native St. Martin de Porres, who was born in 1579 to a free Black woman and a Spanish nobleman. Raised amid poverty and racial discrimination, the youth developed a profound spirituality and became a lay Dominican brother. His strict mortifications, charitable works and devotion to the Eucharist earned him a reputation for holiness, and he was eventually canonized by Pope John XXIII in 1962.

Adding to those role models are the Black permanent deacons, said Father Stephen Thorne, chair of the archdiocesan Commission on Racial Healing. 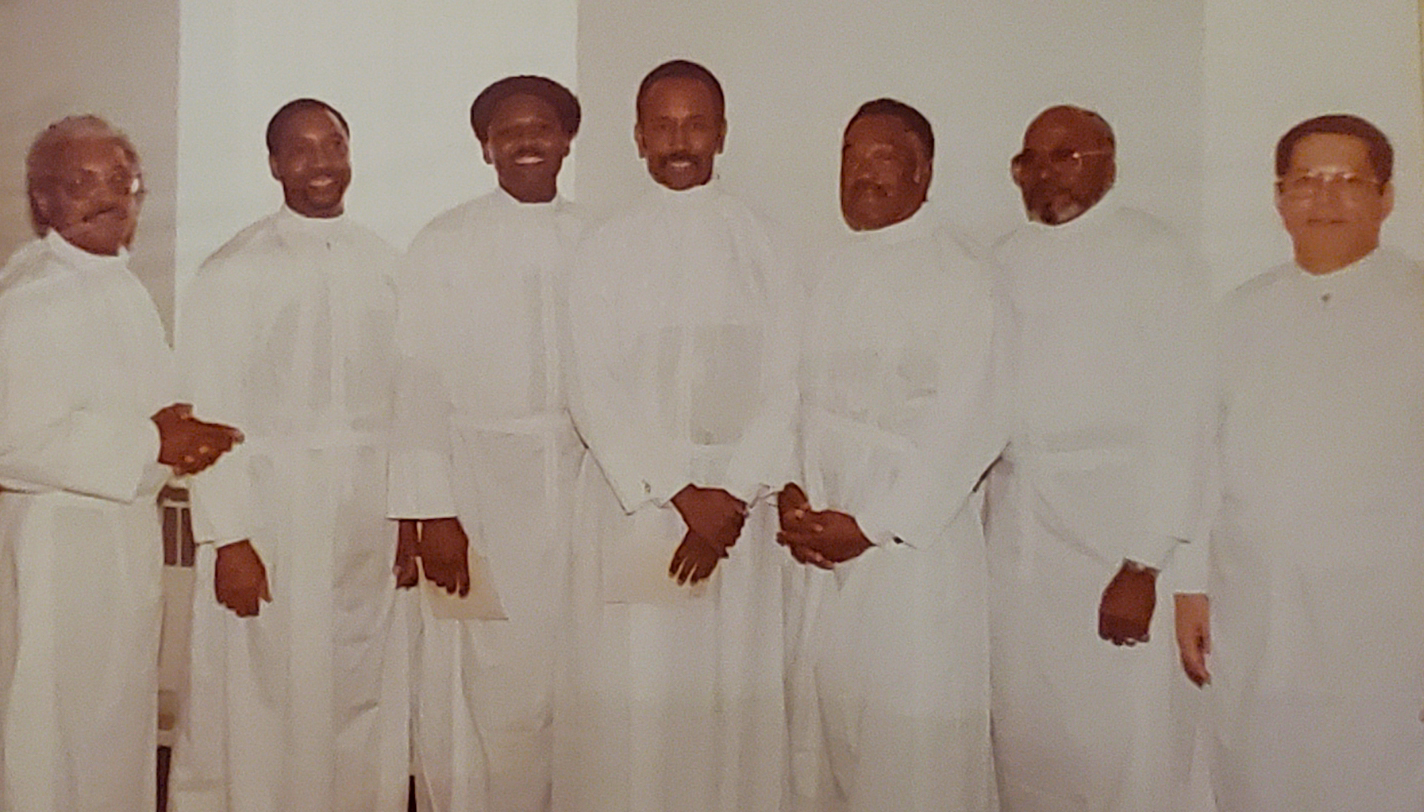 “I was in seventh grade when the first Black permanent deacons were ordained (here),” he said.

Tracing its roots to the early church (as described in Acts 6:1-7), the ministry was after several centuries of decline restored to its current state by the Second Vatican Council, and now spans a number of functions, from proclaiming and preaching Scripture to administering certain sacraments.

“Cardinal Krol was very intentional that the first groups of permanent deacons (in the archdiocese) be from underserved communities, such as Blacks and Hispanics,” said Father Thorne. “For me as kid, it meant seeing the representation of Black clergy. We had never had that many ordained at one time, and it was significant.”

For permanent Deacon Edward Purnell, among that first group ordained by Cardinal Krol in 1982, the journey to the altar was simply a response to a longtime call.

Growing up at the former St. Elizabeth Parish in North Philadelphia, Deacon Purnell “always had an interest in the church and what it was doing.” 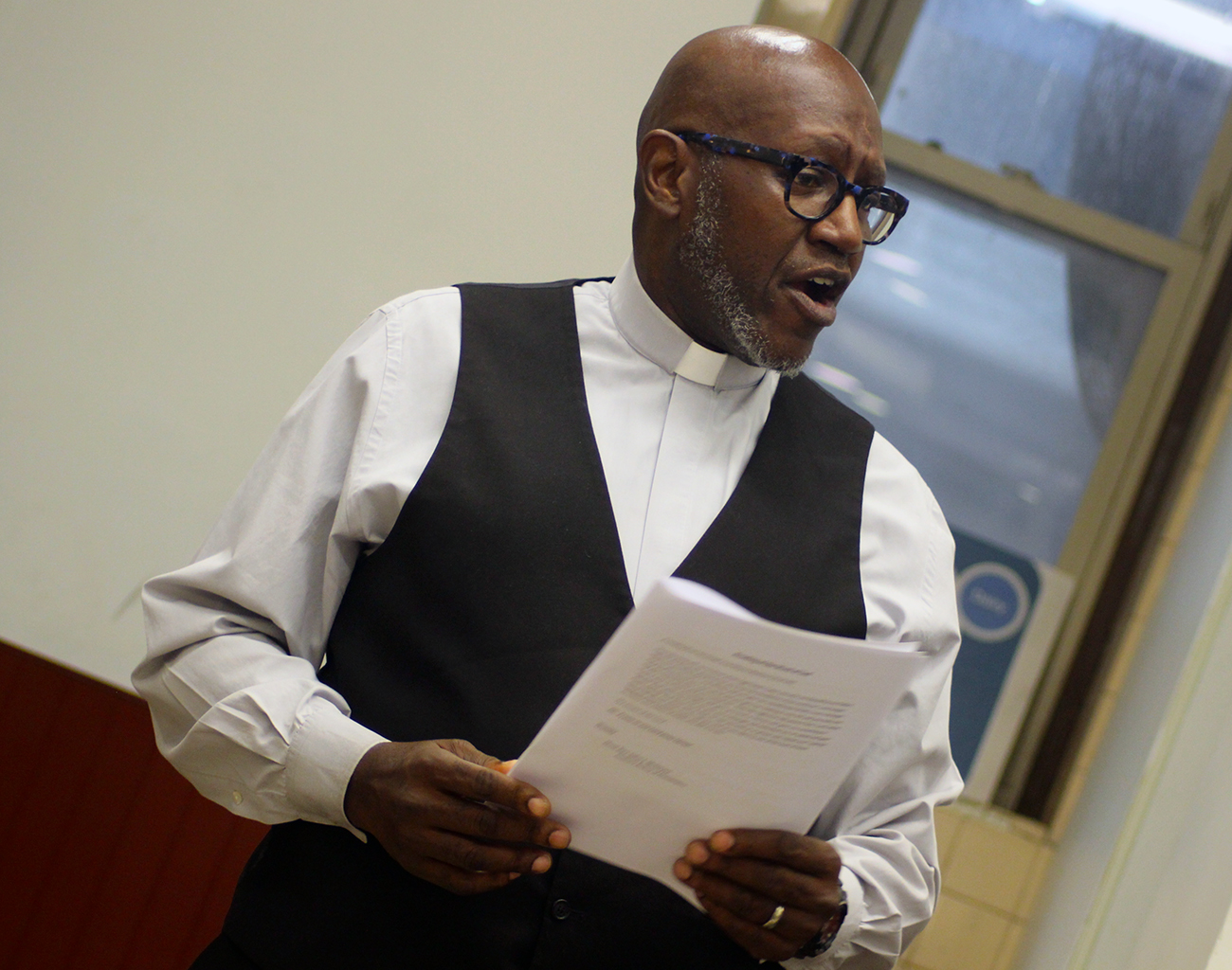 Permanent Deacon Anthony Willoughby of archdiocesan Catholic Social Services said he was proud to learn the history of Black Catholics in the U.S. while studying under pioneering permanent Deacon Edward Purnell. (Gina Christian)

Serving daily Masses as an altar boy enabled him to “get to know priests as individuals,” he said. “I really liked what they were doing, and I liked them as people.”

A longtime employee of the archdiocesan Office of Catholic Education, Deacon Purnell and his wife Barbara had been married 23 years with six children when he entered the permanent diaconate program at St. Charles Borromeo Seminary in Wynnewood.

Barbara, a pastoral leader and catechist for several decades, fully endorsed the decision.

“I went along with him to all the classes,” she said. “The wife (of a deacon) has to support her husband, and she should attend everything she’s invited to with the diaconate study program. You can’t bail out.”

There was one exception, she noted.

“The only class I did not attend was homiletics,” she admitted, smiling. “I’m not the one who is going to give the homily.”

The couple’s deep devotion to Scripture often prompts daughter Antoinette Reaves, pastoral associate for discipleship and youth ministry at St. Raymond Parish in Philadelphia, to joke that she is “the preachers’ kid.”

Deacon Purnell said his vocation is one of sacrificial service.

The task requires humility, and a deep reliance on God and others, he added.

“If you’re going to serve Christ, you can’t do it alone,” he said. “If you think you can, try being a deacon for a week.”

That’s a lesson he has imparted to other Black permanent deacons — including Deacon Anthony Willoughby of archdiocesan Catholic Social Services, who studied under Deacon Purnell.

“He was one of the first professors I had at the seminary, where he taught a course on the history of Black Catholics in the U.S.,” said Deacon Willoughby. “I learned so much, and I was so proud (of our heritage).”

The Purnells, now married 63 years, were recognized with papal honors in 2019: Deacon Purnell received the Cross Pro Ecclesia et Pontifice, and Barbara was named a Dame in the Order of St. Gregory the Great.

Both say that Black Catholics must focus on evangelizing younger generations.

“Somehow we lost some of our children in the faith,” said Barbara. “We need to get our youth back into our church.”

Yet Black Catholics are in “a moment of hope, of transition and of excitement,” said Father Thorne. “We are people of tremendous resilience. We always do things big in the Black Catholic community.”