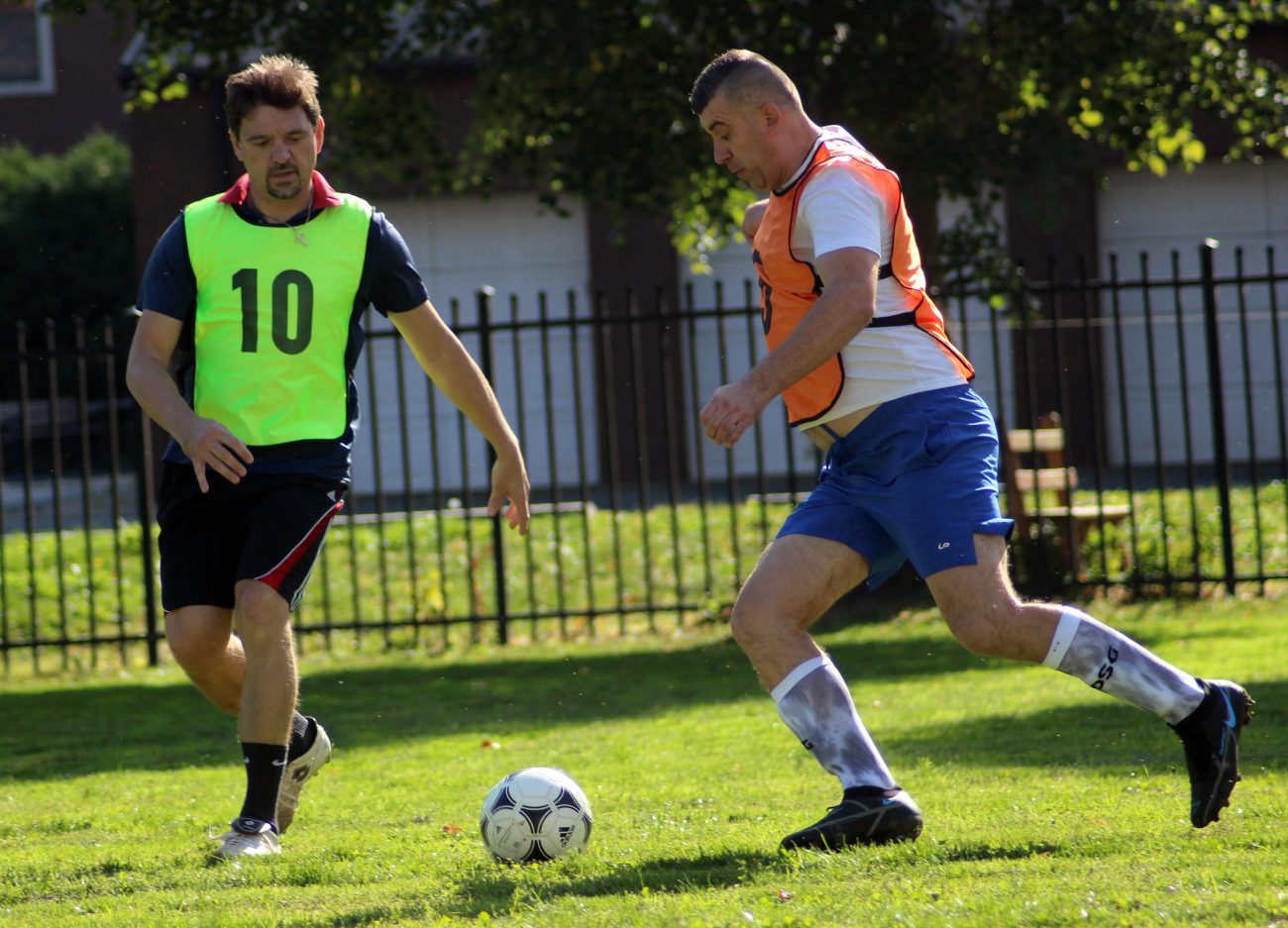 Ukrainian Catholic clergy recently took their faith to the field, playing a benefit soccer match for the military of Ukraine.

Father Roman Pitula, rector of the Ukrainian Catholic Cathedral of the Immaculate Conception in Philadelphia, led the group at the Oct. 30 face-off, which took place across the street from the cathedral at the Ukrainian American Citizens’ Association, the first of its kind in Philadelphia.

The match pitted Ukrainian Catholic seminary alumni against ordained clergy – and even ahead of kickoff, the priests were heavily favored to win, said Father Pitula, who served as forward for his team.

Ukrainian clergy from ⁦@socialukrcap⁩
and seminary alumni took their faith to the field today, playing a benefit soccer match for the military of #Ukraine:

“How can there be any doubt about our victory?” he joked.

Freewill donations from participants and supporters added to more than $15,000 already collected by his parishioners for the Ukrainian army, he said.

Along with the financial support, the game provided a much-needed respite as Russia’s full-scale invasion of Ukraine – which continues attacks launched in 2014, and which has already been declared a genocide by several investigators – enters its ninth month.

Thousands of atrocities committed by Russian forces in Ukraine — including summary executions, torture, rape, mass graves – have been documented in the course of the internationally condemned invasion. With Ukraine a major supplier of grains, sunflower oil and other agricultural products, global food supplies have also been endangered due to the war.

Ukraine’s Zaporizhzhia nuclear power plant, the largest in Europe, has been occupied by Russia, with the UN’s International Atomic Energy Agency determining that Russian military equipment on the site, combined with what the UN called “extremely stressful” working conditions for the plant’s 900-some Ukrainian staff, poses grave risk. The plant has repeatedly been disconnected from the energy grid due to Russian shelling.

Relentless strikes by Russia on civilian infrastructure in Ukraine, which violate international law, have severely disrupted electricity supplies throughout that nation – a campaign Ukraine President Volodymyr Zelensky has described as “Russian energy terror.”

“This is not some story or TV movie; this is real life,” he said.

Amid the horrors of war, prayer has become even more vital, said Father Borovyi.

“We can’t keep our hands down, especially we as priests,” he said. “We must lift them.”

Mary is a model for such persistence in prayer, he added.

“In our cathedral in Kyiv, there is a picture of the Mother of God praying with her hands uplifted,” said Father Borovyi. “I call this image to mind in my own vocation, to keep those hands up in prayer and to support others.”

PREVIOUS: Homelessness ministry gets makeover, thanks to generous donors

NEXT: Black Catholics celebrate faith, rich in heritage and hope