Prayer remains at the heart of missionary work, says bishop 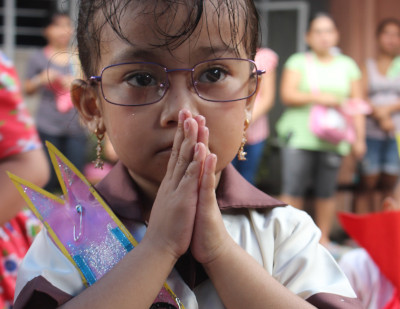 Prayer must remain at the heart of efforts to spread the Gospel near and far, said Philadelphia Auxiliary Bishop John McIntyre.

The bishop shared his insights while celebrating the World Mission Sunday Mass at the Cathedral Basilica of SS. Peter and Paul Oct. 23.

The liturgy, which drew some 250 participants, marked an annual observance Pope Pius XI instituted in 1926 to encourage Catholics to support global evangelization efforts. This year’s theme, taken from Acts 1:8, was “You will be my witnesses.”

A few years prior to the inaugural World Mission Sunday celebration, Pope Pius XI named four existing organizations as the Pontifical Mission Societies, which in total now aid some 1,110 mission dioceses throughout the world.

The Society for the Propagation of the Faith (SPF) supports the evangelization efforts of the local church, the Missionary Childhood Association (MCA) educates children about their part in the church’s missionary outreach, the Society of St. Peter the Apostle trains the next generation of missionary clergy and consecrated religious, and the Pontifical Missionary Union focuses on forming clergy, religious and pastoral leaders more deeply in their role as evangelizers.

In order to bear fruit, all missionary efforts must find their source in regular dialogue with God, said Bishop McIntyre. 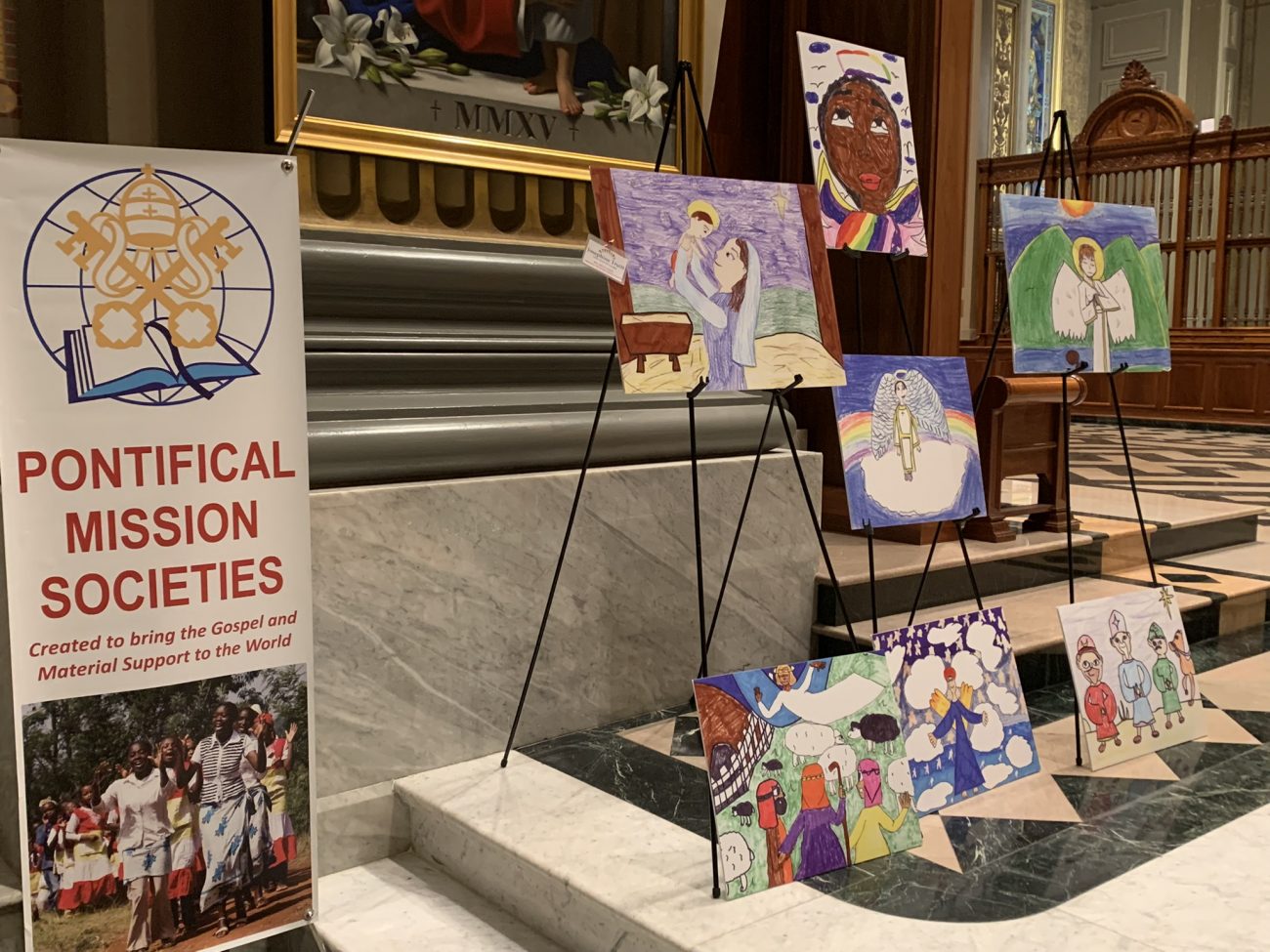 Christmas card designs from the winners of an annual contest sponsored by the Missionary Childhood Association were on display at an Oct. 23 Mass for World Mission Sunday, celebrated by Philadelphia Auxiliary Bishop John McIntyre at the Cathedral Basilica of SS. Peter and Paul. (Gina Christian)

He pointed to St. Alphonsus Liguori, “that master of the interior (spiritual) life,” who “tells us that it is impossible to persevere in the Christian life … if you don’t turn to God each day, each week, and settle yourself down and give him your time.”

St. Teresa of Kolkata, renowned for her “life in service of the poorest of the poor … began each day by spending an hour with the Lord Jesus … in the Blessed Sacrament, and stopped again each evening to do the same,” said Bishop McIntyre.

SPF founder Blessed Pauline Jaricot “had an instant knowing that any good work has to be preceded by our turning to God,” said the bishop.

The 19th-century teenager organized “workers in her family’s silk factory in Lyons, France into groups of 10 in order to support the missions,” said Bishop McIntyre. “But she first asked them … to pray, and then to give each week a sous, the equivalent of about a penny, to support he missions.”

Jaricot also created the first “Living Rosary,” with groups of 15 people undertaking the devotion daily to encourage prayer, battle evil and foster a sense of communion among missionaries.

The Archdiocese of Philadelphia was one of the first to receive funds Jaricot collected in 1822 for what was then the mission Diocese of Louisiana, which stretched from the Florida Keys to Canada.

Over the decades, the efforts inspired by Jaricot have raised “millions of dollars to support new and growing churches in the U.S. alone,” wrote Archbishop Nelson Pérez in a recent pastoral letter for World Mission Sunday.

A few years prior, Sheen had created the World Mission Rosary, which links each decade to “an area where the church continues her evangelizing mission,” said Michele Meiers, assistant director of the archdiocesan Pontifical Mission Societies.

The task isn’t one limited to adults, as several winners of the annual MCA Christmas Artwork contest were honored at the Oct. 23 Mass.

The competition — which draws thousands of entries from elementary school age children in Catholic schools, religious education and home school programs throughout the U.S. – invites kids to illustrate a Scripturally-based aspect of Christ’s birth, such as the manger scene, the visits of the Magi and the shepherds, or the angel Gabriel.

Two students – Chloe Campbell of Maternity B.V.M. Parish School in Philadelphia and Josephine Truitt of Notre Dame de Lourdes in Swarthmore – were among 24 national contest winners, whose work will be displayed at the Basilica of the National Shrine of the Immaculate Conception in Washington, D.C. during the Advent and Christmas seasons.

Bishop McIntyre commended the students on their designs, joking that he had “great admiration for anybody with artistic talent” since he himself was “still in the stick figure phase of (his) art career.”

The MCA – which raises funds to build schools, implement medical and nutritional programs, and expand access to educational resources – will eventually post the winning designs on its website, making them available as free digital greeting cards.

Missionary work in all its forms has a profound impact, wrote Archbishop Pérez in his letter.

“You make it possible for the Holy Father to provide for the formation of our seminarians and our religious men and women,” he said. “You assist in building the schools and orphanages that care for children in places few visit. Missionaries can build churches in areas with scarce resources, buy food and the bare essentials that make it possible to proclaim the Gospel and celebrate the sacraments.”

PREVIOUS: All Saints, All Souls point to ‘glory of heaven,’ says priest

NEXT: African Catholics Mass a ‘joyful moment’ for faithful from many countries, cultures