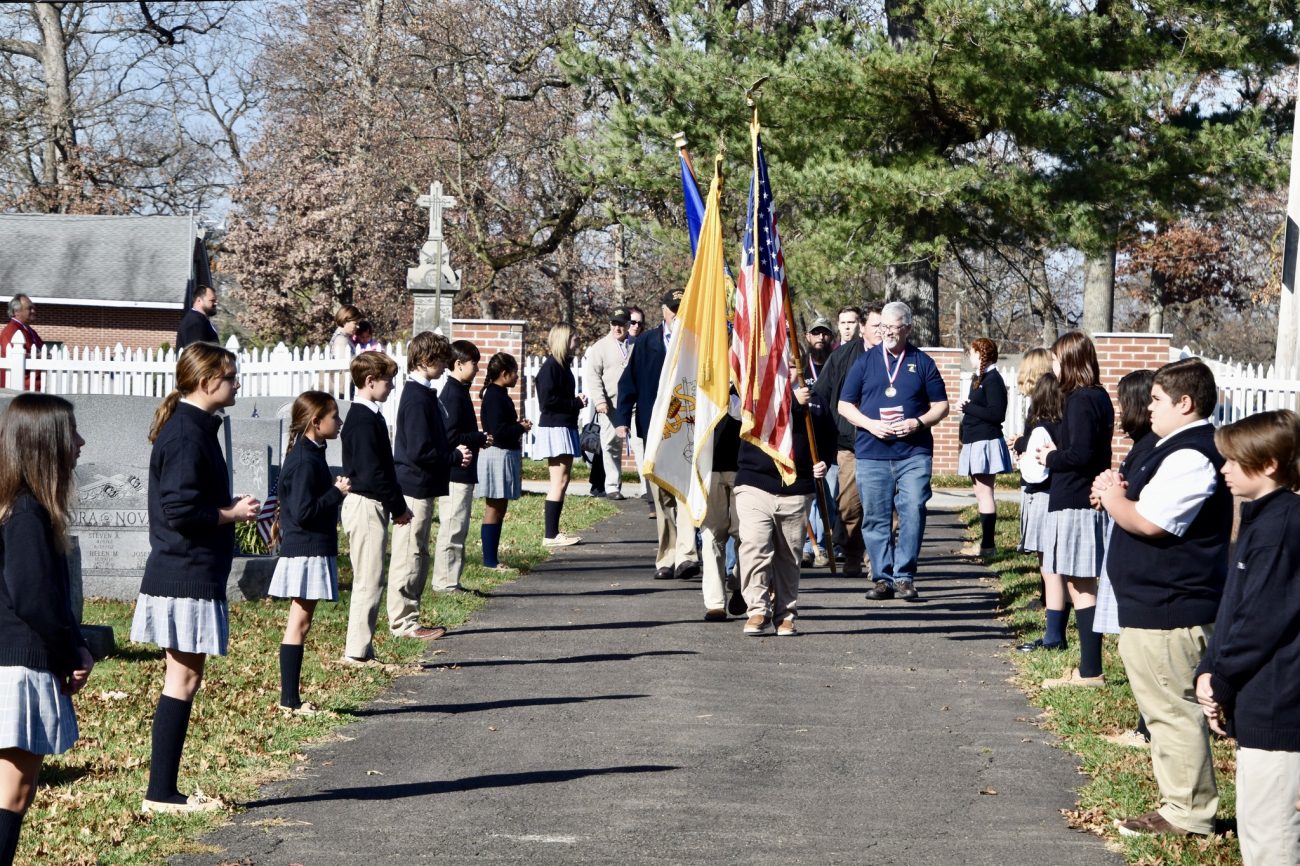 Veterans, active military members, and their families are being honored this Veterans Day throughout the five-county Archdiocese of Philadelphia.

Students from Queen of Angels Regional Catholic School in Willow Grove celebrated veterans this morning with a Mass and reception. Prior to the Mass, veterans and active military personnel walked with their children and student relatives in procession, joined by members of the local V.F.W. (Veterans of Foreign Wars) and American Legion posts. The students also performed the military hymn of each branch of the armed forces. 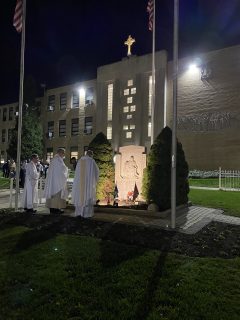 Father Judge High School celebrated its annual Memorial Mass on Nov. 9 in honor of all members of its school community who passed away this year.

The names of the departed were read before the Liturgy and a rose was presented to their loved ones who were in attendance.

In keeping with longstanding tradition, the congregation gathered around the school’s Vietnam War Memorial after Mass to hear the names of the 27 Father Judge alumni who died in that conflict.

On Nov. 10, sixth graders from Mater Dei Catholic School in Lansdale led their school in prayer and song during a liturgical service honoring those who have served.

“This day touches the hearts of everyone who attends. Our students reverently celebrate these men and women and remember and recognize their sacrifices,” said Grace Samanns, Mater Dei’s Director of Advancement.

The event celebrated veterans from school families as well as others from the local community.

“It is a beautiful day for all but we try to make the veterans feel very special, because they are,” said Samanns.

CHCS, a ministry of the Archdiocese of Philadelphia, offers a continuum of care to older adults throughout the five-county archdiocesan area.

“When we’re looking at our seniors now, many of them were Vietnam and Korean War vets,” said Heather Huot, Director of CHCS.

“Even decades later, they need to know how valued they are for their service to our country.”

PREVIOUS: Archbishop Pérez thanks Phillies for a great season

NEXT: Bishop Andriy Rabiy appointed as the new auxiliary bishop of the Ukrainian Catholic Archeparchy of Winnipeg