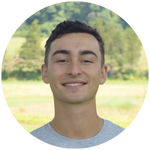 Laudato Si was published in June 2015, just months before Pope Francis made his way to the World Meeting of Families in Philadelphia. During his homily on Saturday night, the Holy Father shared a story from his time as the Cardinal Archbishop of Buenos Aires. A little boy once asked him, “What did God do before he made everything?”

Then-Cardinal Bergoglio was taken aback.  He paused, then said with clarity, “He Loved.”

I’ve loved Papa Francesco ever since I saw him ride down the Parkway and heard him speak that night.  Now, seven years later, I find myself busy with the work he called us to do in Laudato Si–to take care of our common home.

I’m grateful to have found brothers and sisters in faith to walk with on this daunting but necessary journey and they are right here in Philadelphia.

Recently, EcoPhilly, a Creation Care ministry in the Archdiocese of Philadelphia, hosted its second annual diocesan wide meeting. Our colleagues from across the Archdiocese gathered at the Augustinian Friary in Villanova to discuss caring for the Earth through the lens of faith. The group included members of Creation Care teams, Stewardship Councils, religious communities, and other concerned individuals. I was pleased to learn that not only did most of those gathered read Laudato Si, but also took it to heart.

Being only the second annual meeting and the first I attended, I approached the event with an open mind.  As a young Catholic who has rarely seen his local Church engage in environmental initiatives I was eager, but hesitant.

The event began with a welcome video from Dr. Erin Lothes, a theologian at Saint Elizabeth University who works on earth-centered issues.  The group was then led in reflection by EcoPhilly’s Co-Founder, Spiritual director, and Chaplain, Nicholas Collura.

Nicholas referenced Father Thomas Berry, the Passionist priest and theologian who proposed that human beings exploit nature because we don’t have a “functional cosmology.”  In this circumstance “cosmology” refers to the story we tell ourselves about who we are and where we come from.  “Functional” is important because our behaviors arise from our deepest held beliefs.  If our worldview does not lead to just action, it isn’t truly functional.

Though new to this concept, we were given space for small group faith sharing as we explored what our own “functional cosmology.”.

Next, we heard Bill Stigliani of Old St. Joseph’s Parish, who spent his career as an Environmental Science professor in Iowa.  Bill helped the rectory chef start composting food waste with help from a local composting company that serves workplaces and households.  Composting prevents methane, a potent greenhouse gas, from entering the atmosphere as food waste rots. After one year of composting, the chef turned 500 pounds of carbon – which would otherwise have entered the atmosphere — into nutrient-dense topsoil.  Bill shared suggestions for beginner composting at our parishes and homes.

The keynote of the day was given by Divya Desai, Executive Director of the Energy Co-Op, a non-profit helping Philadelphians afford natural gas since 1979.

Divya graciously led a macro-level conversation about energy usage trends in our state and across the country. She shared about barriers to renewable energy progress, such as greenwashing data, and encouraged us to learn more about the sources for energy in our homes, churches, and schools.

Following the keynote, we collaborated in regional groups, meeting neighbors engaged in creation care and stewardship initiatives.  We shared information, resources, and plans to collaborate further.  We were pleased to learn that EcoPhilly has created an online database of organizations and teams throughout the Archdiocese, a hopeful step towards future networking.

The day concluded with lunch.  And yes, our food waste was composted!

It is vital that people of faith respond to our planet’s suffering, at home and abroad. Personally, I found this meeting hopeful, and left with a desire for greater momentum behind this movement in our local Church.

I believe that by coming to Philadelphia right after publishing Laudato Si, the Holy Father was calling on Philadelphia to be a leader in caring for creation.  I believe EcoPhilly is on the right track, and I hope this movement continues to grow.

Questions? Interest in finding out more? Please write to info@ecophilly.org or check out www.ecophilly.org.

Aaron Lemma is Outreach and Operations Manager at Water is Life Kenya, a nonprofit organization that brings clean water, opportunity, and hope to the Maasai people of Southern Kenya.

PREVIOUS: As we continue this Advent journey it might be time for us to get some tough love

NEXT: Fulfilling our New Year’s Resolutions