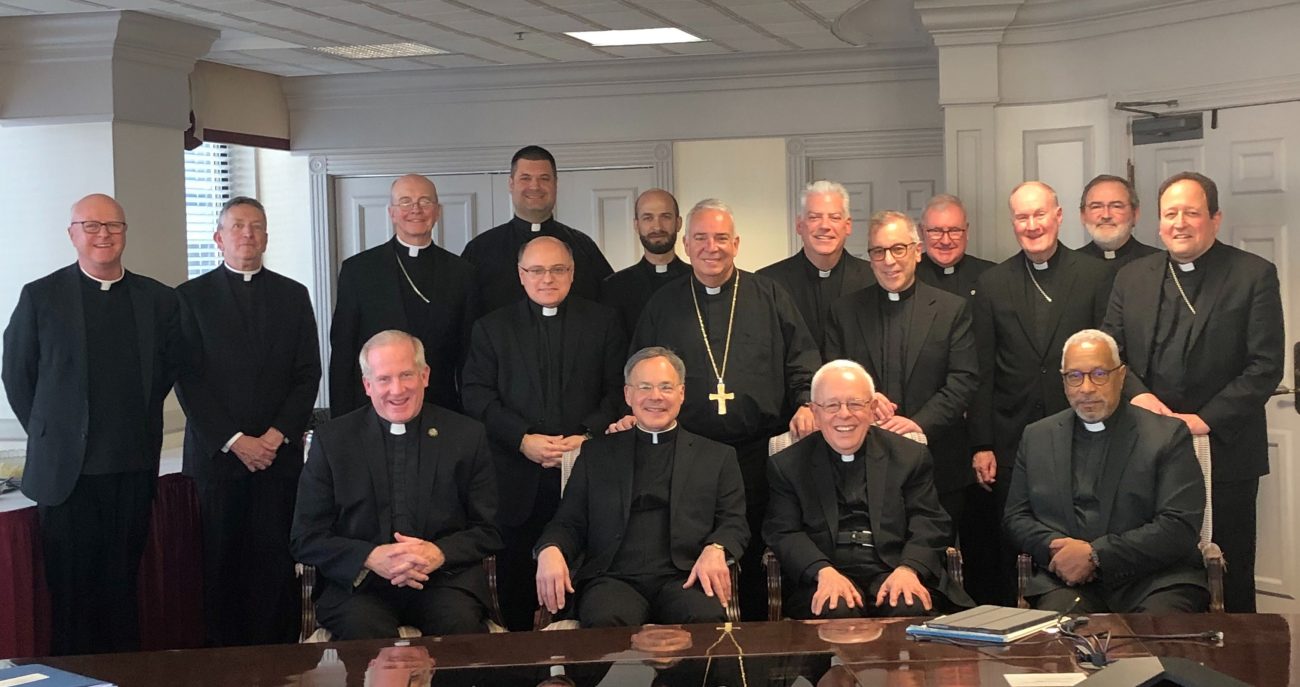 On Dec. 1 Regional Deans of the archdiocese joined together with Archbishop Pérez for the first meeting of the College of Deans. The Dean shares in the pastoral care and governance of the ministry of the Archbishop.

On Dec. 1 Archbishop Nelson J. Pérez along with the new regional Deans of the archdiocese joined together for their first meeting of the College of Deans. The new Deans became active Nov. 27.

The regional Deans assist the Archbishop by sharing in the pastoral care and governance of our local Church. They do so in dedicated geographic areas called Deaneries.

Each Dean is responsible to and works most closely with the auxiliary bishop who acts as the Archbishop’s liaison to their Episcopal Region.

“Please join me in prayerful gratitude for the priests who are serving as deans in addition to their daily responsibilities in their home parishes,” said Archbishop Pérez. “May their work bear much fruit for our Church!”

PREVIOUS: Retirement Fund for Religious collection to be held weekend of Dec. 3-4

NEXT: A way with a manger