He’ll meet the pope, and one wonders, who is luckier? 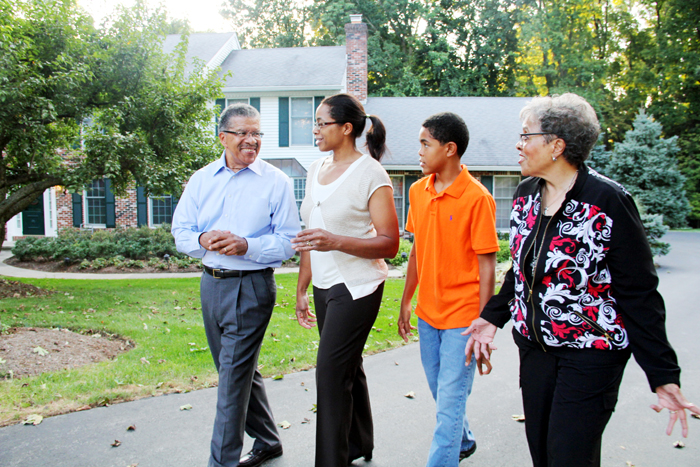 When Gerald Davis accompanies his wife Anna, daughter Kimberly and grandson Jordan in the procession to present the offertory gifts at the Mass celebrated by Pope Francis at the Cathedral Basilica of SS. Peter and Paul on Sept. 26, he will be leading his family by example.

For Davis, a retired executive from Sunoco, that indelible example was given to him by his own father, Isaac Davis, many years ago.

“I was the youngest in a family of 10 children; my mother died when I was 3 and my father raised us,” he said.

The family lived in West Philadelphia and Isaac Davis was a laborer with the Baldwin Locomotive Works who, whenever he could, started his day with Mass at St. James Church two blocks away from their home. Unfailingly a hallmark of his evening was the recitation of the rosary, during which he prayed for each of his children by name.

“He gave us love,” Davis said. “He helped us to understand we need a spiritual base in life.”

In a certain sense his dad was more of a grandfather figure who kept the household running on an even keel, with the eldest children pitching in to help raise the little ones. There wasn’t much money in the house, but they didn’t think of themselves as poor. The father and the older children would sacrifice, for example, to see that the little ones had Christmas gifts.

After attending St. James School Davis went on to West Catholic High School. To earn a bit of money he would clean at St. James School in the late afternoon then after dinner work at the parish rectory.

It was a big rectory then, with as many as seven priests, including some who might be attending the University of Pennsylvania. This cemented what has been a life-long respect for priests. “They treated me like a son,” Davis said.

He continued this work after he entered La Salle College. Financially it was a challenge, but thanks to his parish work and a bit of help from his family he made it.

Growing up as a mentor for him was his brother Charles, who joined the Marines and was severely wounded in Korea. It was touch and go, but after a long recuperation Charles did recover.

Post-college, following in his brother’s footsteps, Davis joined the Marines but as an officer, not an enlisted man. After his training at Quantico, Va., he shipped out to Okinawa, and eventually rose to the rank of captain.

Back then the military was still very much racially segregated and at least in free time the races did not mix, which could be lonely for Davis. The only African American officer he would see was when he looked in his own mirror.

For companionship if nothing else he would gravitate to a local Christian orphanage and to priests in the Catholic community, participating in devotions, because this is what he knew and it comforted him.

Afterward back in civilian life he entered the corporate side of the business world, mostly in the energy field with Philadelphia oil companies Arco and Sunoco, from which he retired as director of media and public relations.

At various times he has served on a number of boards, including the Philadelphia Facilities Management Corporation, Neumann University, Project HOME and as board chairman for the Boys and Girls Clubs of Philadelphia. He is currently a board member of St. Charles Borromeo Seminary and serving on the Communications Committee of the World Meeting of Families. 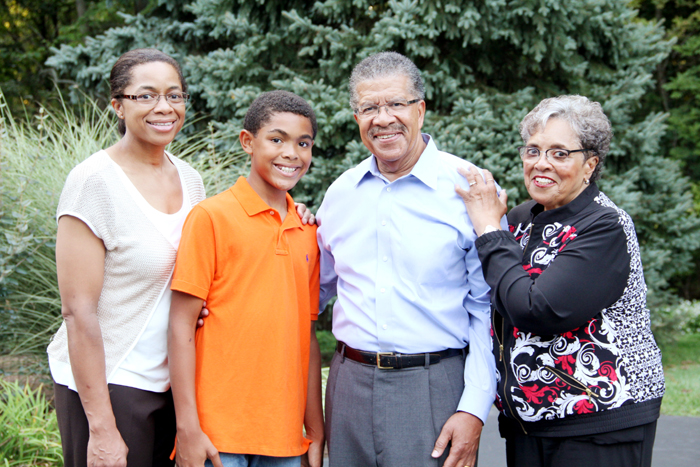 “I do what I can because of God’s grace in my life,” Davis said. “I believe the two most important days in your life are the day you are born and the day you realize why you were born.”

He exults that St. Charles Seminary has shown a healthy increase in new candidates for the priesthood. “They understand maybe that was the reason they were born – to bring people closer to God.”

First of all, the vocation increase is certainly a gift of the Holy Spirit, Davis knows, but there may also be something to the theory that it might be partially through the “Francis effect.”

Now that Pope Francis is visiting Philadelphia, Davis thinks back to that first day when watching television he saw that first appearance by the new pope on the Vatican balcony.

“I was struck by his humility and his simplicity, and looking back and moving forward, that is exactly what he has been doing,” Davis said.

PREVIOUS: In foster families, time may be short but love is abundant

NEXT: Malvern Retreat chief steps down, but not out of Catholic life