Malvern Retreat chief steps down, but not out of Catholic life 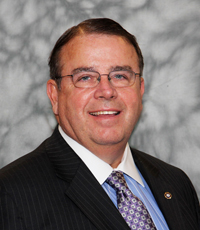 When Jim Fitzsimmons formally relinquishes the presidency of century-old Malvern Retreat House sometime next year he can take satisfaction in that the retreat facility has more than held its own at a time when so many other church programs have fallen by the way side.

At this point it is the oldest Catholic retreat facility in America and easily the largest. It is also unique in that it is entirely lay owned and operated, although the Archbishop of Philadelphia appoints the priest-rector who oversees the actual retreats.

That may well be the secret of its continued success. Because it is not owned by a religious congregation, diocese or parish with other obligations, the focus is on one thing and one thing only — providing and maintaining a setting for religious retreats.

Fitzsimmons was born in St. Columba Parish (now St. Martin de Porres) in the Swampoodle section of North Philadelphia. After his 1967 graduation from Roman Catholic High School he entered St. Charles Borromeo Seminary. For the next seven years he continued to discern whether it was God’s will he was to become a priest, before ultimately deciding to remain in the lay state.

It was during his St. Charles years that he first became acquainted with Malvern through visits to give talks about seminary life.

After St. Charles he relocated to Maryland and began a career in teaching at Calvert Hall High School in Baltimore. He also taught at Loyola College (now University) where he was dean of students and where he gave a theological reflection course for seminarians at St. Mary Seminary, Roland Park.

He returned to the Philadelphia area in 1986 because of his mother’s illness. Although she died the following year, he remained in the area, first at Cabrini College as dean of students, then for the next 16 years at Temple University as associate vice president of student affairs and dean of students.

It was Jimmy Murray, one of Philadelphia’s best-known Catholic laymen, who persuaded Fitzsimmons to apply for the position of president at Malvern when the opportunity arose in 2004. It was a perfect fit. 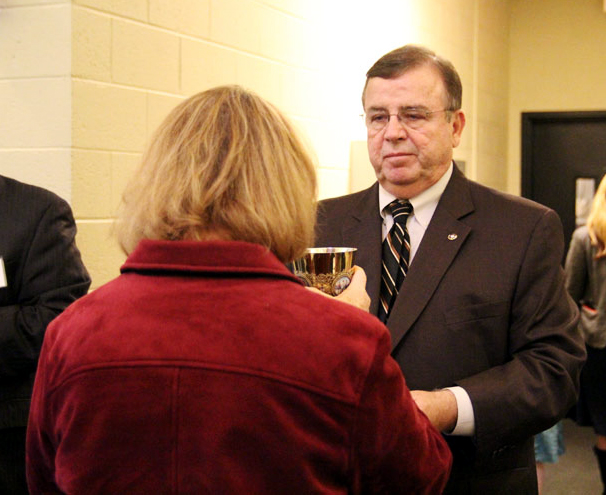 Throughout his years in education before coming to Malvern Fitzsimmons was actively involved in such issues as housing, management and marketing, skills that would serve him well. Most important, he was a committed Catholic, actively involved in worthy causes wherever he was.

One of his own ideals for lay leadership was Thomas Cahill, the founder of his alma mater, Roman Catholic High School, which for many years provided free secondary education to Catholic teens.

Then too were the men who founded Malvern. “They were a great example of faith and very loyal to the ministry,” he said. “They built this place on a shoestring.”

Malvern, or the Laymen’s Retreat League, traces back to 1912 with weekend retreats given for laymen at St. Charles Borromeo Seminary, and for many years it remained strictly male. Over the years it has branched out to women’s retreats, youth retreats and family retreats. But it’s the men’s retreats, with groups coming on an annual basis, that remain an important part of the apostolate.

“People think it’s just a bunch of guys getting away from home for the weekend,” Fitzsimmons said. “If you come here you will see the commitment of the guys and their faith. I would think we have 15-20,000 confessions a year. We have 10 confessors for the weekends and others for the weekdays. It’s a very welcoming atmosphere to come and ask for God’s mercy and blessing.”

He recalls the late Msgr. Charlie Devlin, who lived nearby in retirement and would come to hear confessions. “If I had known the confessions were this sincere I would have been here 25 years ago,” Msgr. Devlin told him.

For Fitzsimmons, his years at Malvern have been personally inspiring and humbling as he has witnessed the men and women who come for retreats. They have been good years, with changes and renovations to keep it as America’s premier Catholic retreat facility.

But retirement doesn’t mean doing nothing, and he fully intends to remain what he has always been – a committed and active Catholic for whatever the future brings.

PREVIOUS: He’ll meet the pope, and one wonders, who is luckier?

NEXT: A look back on a life of leading the helpers’ of God’s children