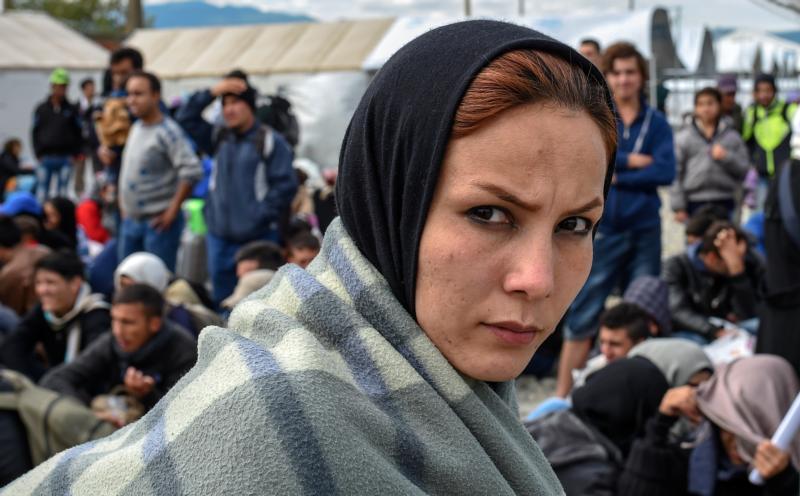 VATICAN CITY (CNS) — Indifference to the crises and tragedies today’s migrants and refugees are facing lead to complicity when people remain silent or refuse to act, Pope Francis said.

Jesus’ call to welcome the stranger and show mercy is clear, the pope said in a message released at the Vatican Oct. 1.

“Yet there continue to be debates about the conditions and limits to be set for the reception of migrants, not only on the level of national policies, but also in some parish communities, whose traditional tranquility seems to be threatened,” he said.

Pope Francis chose “Migrants and Refugees Challenge Us. The Response of the Gospel of Mercy” as the theme for next year’s commemoration.

All migrants are “our brothers and sisters in search of a better life, far away from poverty, hunger, exploitation and the unjust distribution of the planet’s resources, which are meant to be equitably shared by all,” the pope said in his message.

They are seeking the same thing everyone seeks, he said, “a better, more decent and prosperous life to share with our loved ones.” 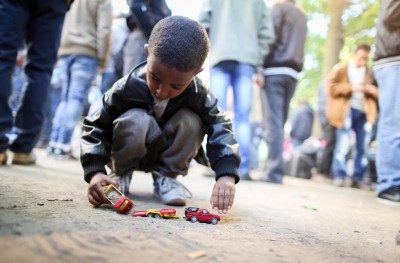 “Unacceptable humanitarian crises” in many parts of the world force greater numbers of people to flee for their lives, he said.

But “indifference and silence lead to complicity whenever we stand by as people are dying of suffocation, starvation, violence and shipwreck.”

“Whether large or small in scale, these are always tragedies, even when a single human life is lost,” the pope said.

“Today, more than in the past, the Gospel of mercy troubles our consciences, prevents us from taking the suffering of others for granted, and points out a way of responding” with practical works of spiritual and corporal mercy, the pope said in his message.

Communities who welcome migrants are seriously challenged by the influx, but with proper motivation, management and regulation, they can find ways to integrate newcomers with their different cultures in ways that are mutually beneficial and prevent racism and discrimination, he said.

While newcomers have a right to preserve their cultural identity, they, too, have responsibilities, he said, as they must respect the “material and spiritual heritage of the host country, obeying its laws and helping with its needs.”

In his message, the pope said people also have a right not to be forced to emigrate and he called for greater efforts in preventing and stopping the causes of mass migrations. Greater solidarity, cooperation and a more equitable distribution of the earth’s resources will help eliminate the kind of imbalances that lead people to abandon their homeland, he said.

At a news conference to present the papal message, a Vatican official said that, unfortunately, offering concrete help and effective solutions is easier said than done.

Cardinal Antonio Veglio, president of the Pontifical Council for Migrants and Travelers, said almost every problem in life gets talked about “ad nauseum.”

“Sometimes the church gets accused of this, right? ‘You talk and talk. We all know about the problem and you continue to talk.’ But to be concrete, that’s not easy,” the cardinal said.

“That is why I really admired the pope’s gesture” and appeal for every parish, religious institution and sanctuary in Europe to take in one refugee family because it was one way the church could offer real practical assistance, he said.

The cardinal said he hoped that every national bishops’ conference in the world would make some sort of concrete commitment so that Christian charity “is not left as a theory and in the clouds, but comes down to the practical search for solving these problems.”

In fact, he said the pontifical council was preparing a document right now for all bishops’ conferences that would offer “practical and concrete” guidelines and legal considerations so they could better respond to the pope’s appeal to host refugee families.

Msgr. Giancarlo Perego, director of the Italian bishops’ “Migrantes Foundation,” told journalists at the news conference that since the pope’s Sept. 6 appeal, about 2,500 refugees have been taken in by Italian parishes.

Some 22,000 people — which is one in four refugees in Italy — are receiving shelter and services from a church institution, parish or religious house, he said. That number has more than doubled from the number of people being helped last year, he added.

Other concrete initiatives are possible for the Holy Year of Mercy, he said, recalling that for the Jubilee Year in 2000, Italy’s 27,000 parishes collected more than $17 million dollars that went for paying off the national debts of Guinea and Zambia.

PREVIOUS: Back in Rome, pope reflects on family and Philadelphia

NEXT: Yearning is a grace that propels growth in faith, pope says