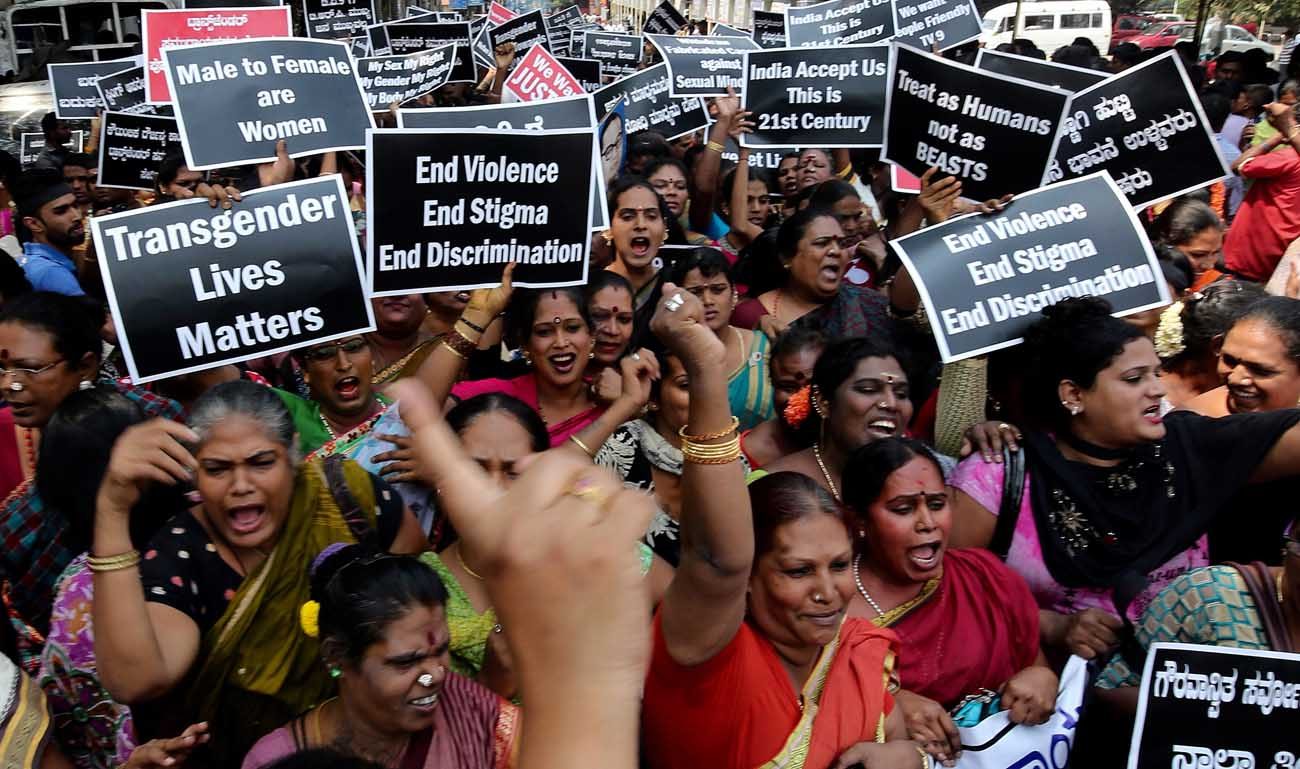 Members of the LGBT community hold placards during a protest protest rally in Bangalore, India, Oct. 21, 2016. The church in India's Kerala state has formed a group of priests, nuns and laypeople to respond to the pastoral needs of transgender people. (CNS photo/Jagadeesh Nv, EPA)

COCHIN, India (CNS) — The church in India’s Kerala state has formed a group of priests, nuns and laypeople to respond to the pastoral needs of transgender people, reported ucanews.com.

Formed in Cochin under the aegis of Pro-Life Support, a global social service movement within the church, the ministry is significant as it is one of the few outreach programs for the transgender community by the institutional church in India.

“The whole church has a big role to play,” said Father Paul Madassey, who is in charge of pro-life support for the Kerala Catholic Bishops’ Council. He noted Pope Francis had talked about the need to give “pastoral care to the LGBT community.”

“There is an active sex racket from North India eyeing transgender people in Kerala. They are trying to exploit the discriminatory situation they face,” Father Madassey told ucanews.com.

India has an estimated 500,000 transgender people. They are often ostracized from their families and — without adequate state support in terms of employment, health and education — end up on the street begging for money or are exploited in the sex trade.

In mid-December, sisters of the Congregation of the Mother of Carmel offered their buildings to form an exclusive school for dropouts among transgender people, considered the first of its kind in the country. The nuns offered their venue after at least 50 building owners declined to let out their buildings, indicating the discrimination prevalent in the society, Father Madassey told ucanews.com.

Earlier this year, Caritas India, the social service wing of the Catholic Church, announced a program to fight such discrimination.

Vijaya Raja Mallika, a leading transgender activist in Kerala, is pioneering a three-month pilot school for transgender school dropouts in Cochin. Mallika said the “church has been very supportive” of their struggles.

“Religion plays an important role in social and behavioral change at the grass-roots level,” said Mallika.