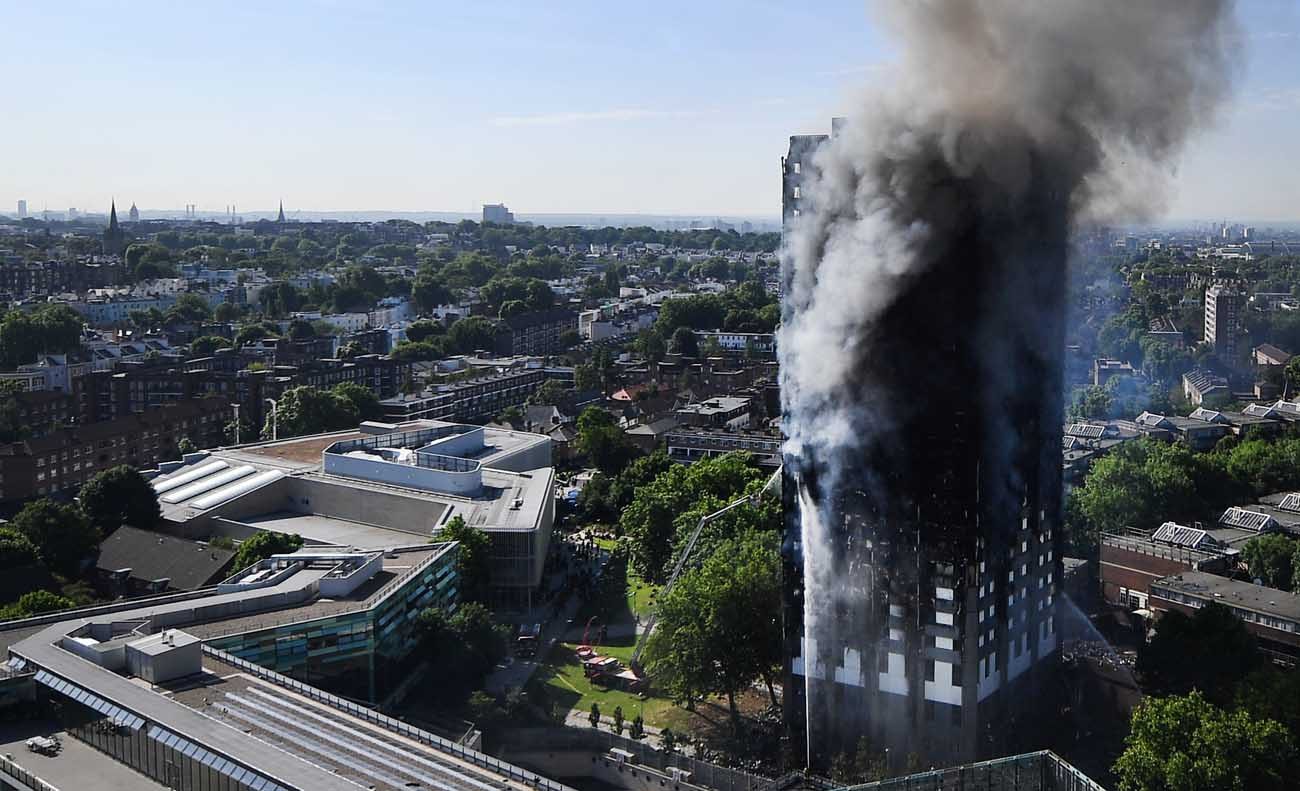 Flames and smoke billow from a London apartment building June 14. London's Metropolitan Police said a number of people were being treated for a range of injuries, and authorities appealed for families to report anyone unaccounted for. (CNS photo/Andy Rain, EPA)

LONDON (CNS) — Catholic leaders in London offered prayers for victims of a fire in a 24-story apartment building.

The June 14 early morning fire, which killed at least 12 people and injured more than 70 others, sent black smoke stretching for miles. Officials said they expected the death toll to rise.

Cardinal Nichols praised emergency response teams, particularly the more than 200 firefighters who worked to contain and extinguish the blaze.

“Once again in our city we witness the heroic efforts of our emergency services, who responded so quickly. I thank them for all they are doing to help the victims of this devastating fire,” the cardinal said.

Auxiliary Bishop John Wilson of Westminster, who has pastoral oversight of parishes in the area of the fire, prayed for “all who have been affected by this fire, especially the victims, their families and friends, and all who are still worried about their loved ones who are unaccounted for. I offer, too, my heartfelt condolences to the families of those who have died.”

He, too, praised emergency responders and said Catholic parishes in the area have offered assistance to those affected by the fire.

The Associated Press reported there was no immediate word on what caused the fire but said angry residents had warned local authorities about fire issues.