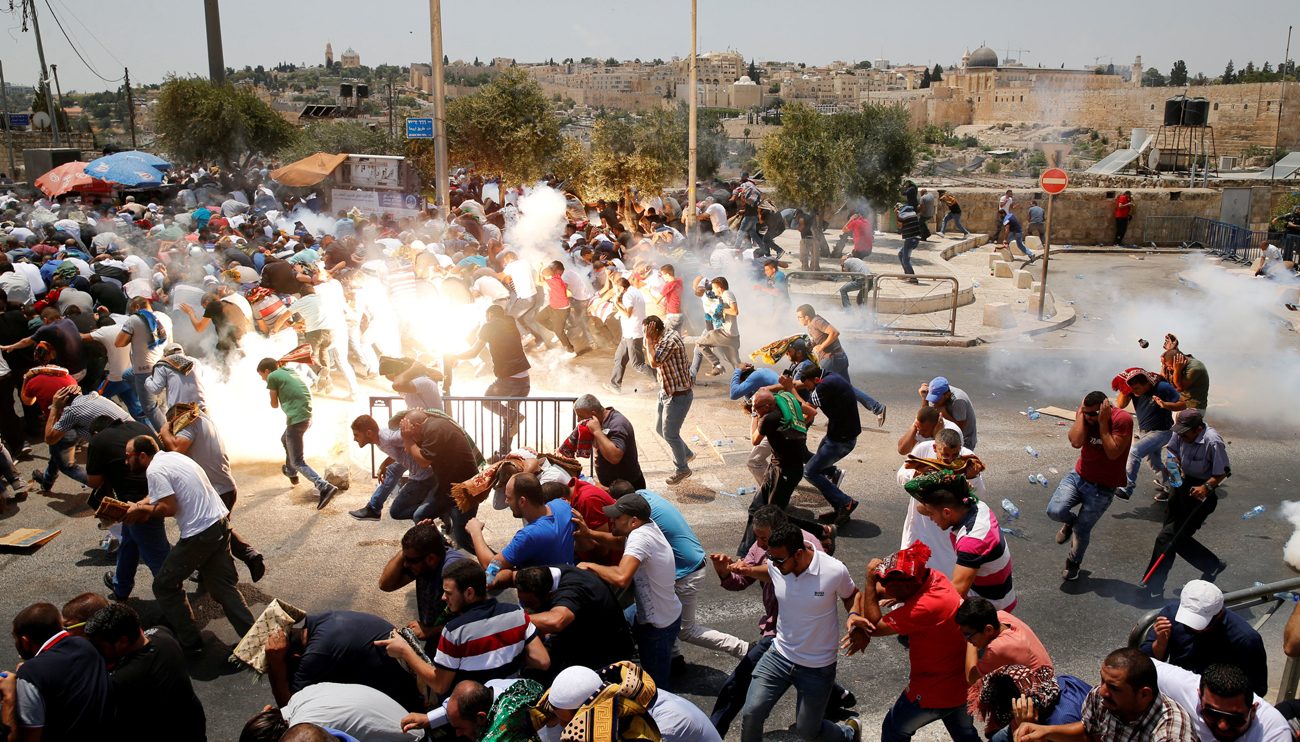 VATICAN CITY (CNS) — Pope Francis called on Muslims and Jews in the Holy Land to “moderation and dialogue” as tensions continued around a key site in Jerusalem that is sacred to members of both faiths.

After reciting the Angelus July 23, the pope asked people gathered in St. Peter’s Square for the midday prayer to join him in asking the Lord to inspire reconciliation and peace in the region.

Tensions in Jerusalem have been high since July 14 when three Israeli Arabs armed with knives and guns killed two Israeli police officers at an entrance to the site the Jews call Temple Mount and the Muslims call Haram al-Sharif. The site includes the Western Wall and Al Aqsa mosque.

In his main Angelus talk, Pope Francis spoke about the parable of the weeds among the wheat from the Sunday Gospel reading.

The farmer in the parable from the Gospel of Matthew tells his workers not to pull up all the weeds because they might uproot the wheat, but to wait until the harvest when the wheat and weeds can be separated.

“With this image, Jesus tells us that in this world good and evil are so intertwined that it is impossible to separate them and eradicate all the evil — only God can do that,” the pope said.

Human beings are called to the “difficult exercise of discernment” in choosing between good and what is evil, he said, and when they fail — which all people do sometimes — the church stands ready to help with the grace of baptism and of confession.

Like the farmer in the parable, the pope said, God calls Christians to be patient as they await the harvest.

“Patience means preferring a church that is leaven in the dough, that is not afraid of getting its hands dirty washing the clothes of its children, rather than being a church of the ‘pure,’ who insist on judging beforehand who is in the kingdom of God and who isn’t.”

NEXT: Vatican shuts down fountains as Rome deals with drought