Meeting nurses, pope pays tribute to one who saved his life 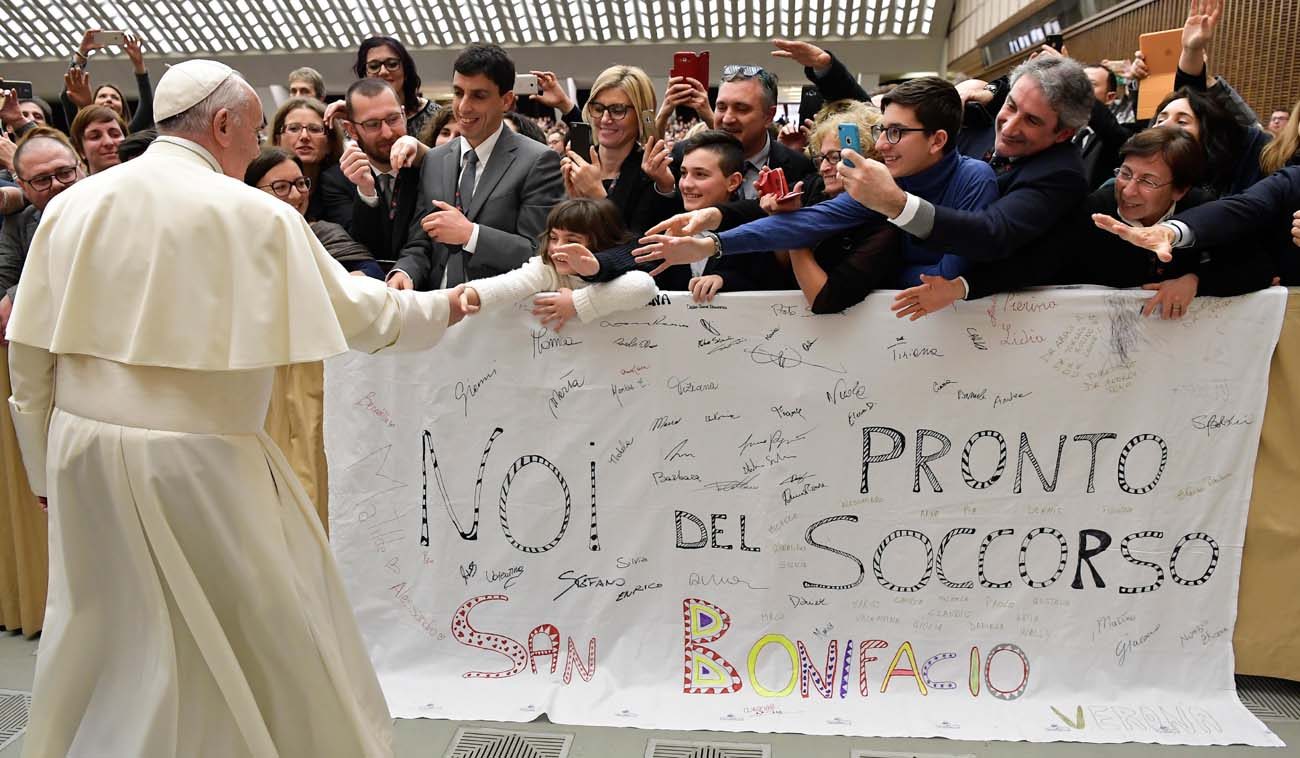 VATICAN CITY (CNS) — Pope Francis used a meeting with thousands of Italian nurses to pay tribute to a nurse he believes saved his life by arguing with his doctors that he needed more aggressive antibiotics to treat a lung infection.

“When, at the age of 20, I was on the verge of death, she was the one who told the doctors, even arguing with them, ‘No, this isn’t working. You must give more,'” the pope said March 3 during a meeting with members of Italy’s national association of nursing professionals.

With the removal of part of the infected lung and the antibiotics, “I survived,” Pope Francis said. “I thank her and I want you to know her name: Sister Cornelia Caraglio.” The Dominican nun from Italy was “a great woman, and courageous to the point of arguing with the doctors,” he said.

Like Sister Caraglio, the pope told the Italian nurses, “you are there all day and you see what happens to the patient. Thank you for that!”

In hospitals and rehabilitation centers, he said, nurses are at “the crossroads” of dozens of relationships, involving patients, their families, doctors and other staff.

Nurses tend to spend much more time with the patients and family members than any other staff, he said, so they usually have more information about a host of factors that must be considered when determining how best to care for the patient as a person.

“The sensitivity you acquire by being in contact with patients all day,” he said, “makes you promoters of the life and dignity of persons.”

Touch is an important factor for demonstrating respect for the dignity of the person, the pope said.

When Jesus healed the leper, he said, he extended his hand and touched the man.

“We must recognize the importance of this simple gesture,” Pope Francis said. “Mosaic law forbid touching lepers and banned them from approaching inhabited places. But Jesus went to the heart of the law, which is summarized in love for one’s neighbor.”

Jesus drew near to the leper, he said, and showed that God was close to him, too.

Never forget the “medicine of caresses,” Pope Francis told the nurses. “A caress, a smile, is full of meaning for one who is sick. It is a simple gesture, but encouraging, he or she feels accompanied, feels closer to being healed, feels like a person, not a number.”

PREVIOUS: Claims of heresy over ‘Amoris Laetitia’ are out of place, cardinal says