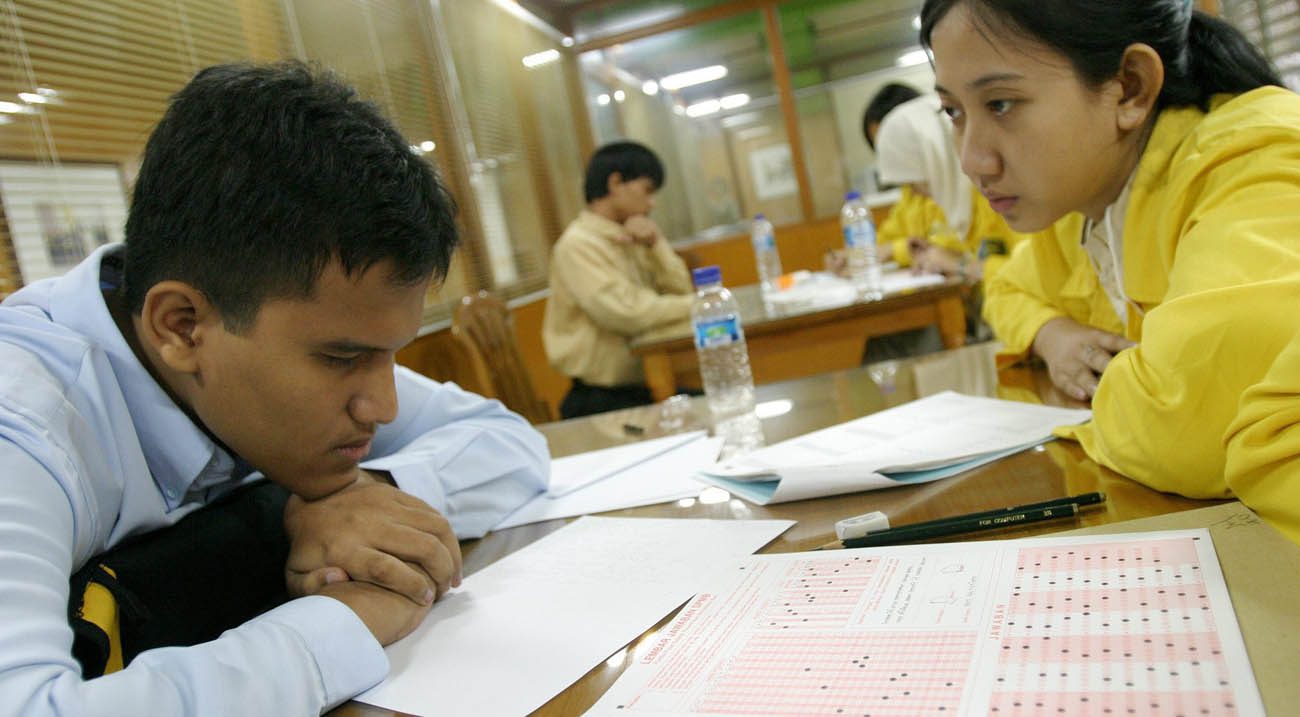 A blind high school graduate is assisted with a test to gain admission to the University of Indonesia in Jakarta. Two top Catholic universities in Indonesia have been chosen by the government to help underdeveloped universities improve education quality. (CNS photo/Ardiles Rante, EPA)

The move is part of Indonesian government efforts to raise the standard of higher education in the country and improve the workforce.

The government wants the 29 universities to share knowledge, not only on the academic front, but also regarding administration and management.

Indonesia has more than 4,600 state and private colleges, many of which fail to offer anywhere near the same level of education as top-tier institutions, critics say.

More than 20 Catholic colleges and four Catholic universities are regarded as being in the top tier, according to the Education Ministry.

Elisabeth Rukmini, vice rector for collaboration, research and strategic planning at Atma Jaya Catholic University, said the university regarded the task as an honor. She said that, for one year, Atma Jaya was to take under its wing four Catholic and Protestant colleges in East Nusa Tenggara province, where the quality of education remains a big issue.

“Our task is to help raise their standards,” Rukmini told ucanews.com.

Franciscan Father Vincentius Darmian Mbula, an educational expert and chairman of National Council of Catholic Universities, welcomed the initiative. He said many universities — including Catholic ones — are struggling to provide excellence.

“I hope this program can improve Catholic colleges in Indonesia so that they can provide more graduates with excellent capabilities,” he said.

Aris Junaidi, Education Ministry official, said each mentor university will receive $23,000 to go toward the program.