Lebanese cardinal warns against ‘new drums of war’ in Syria 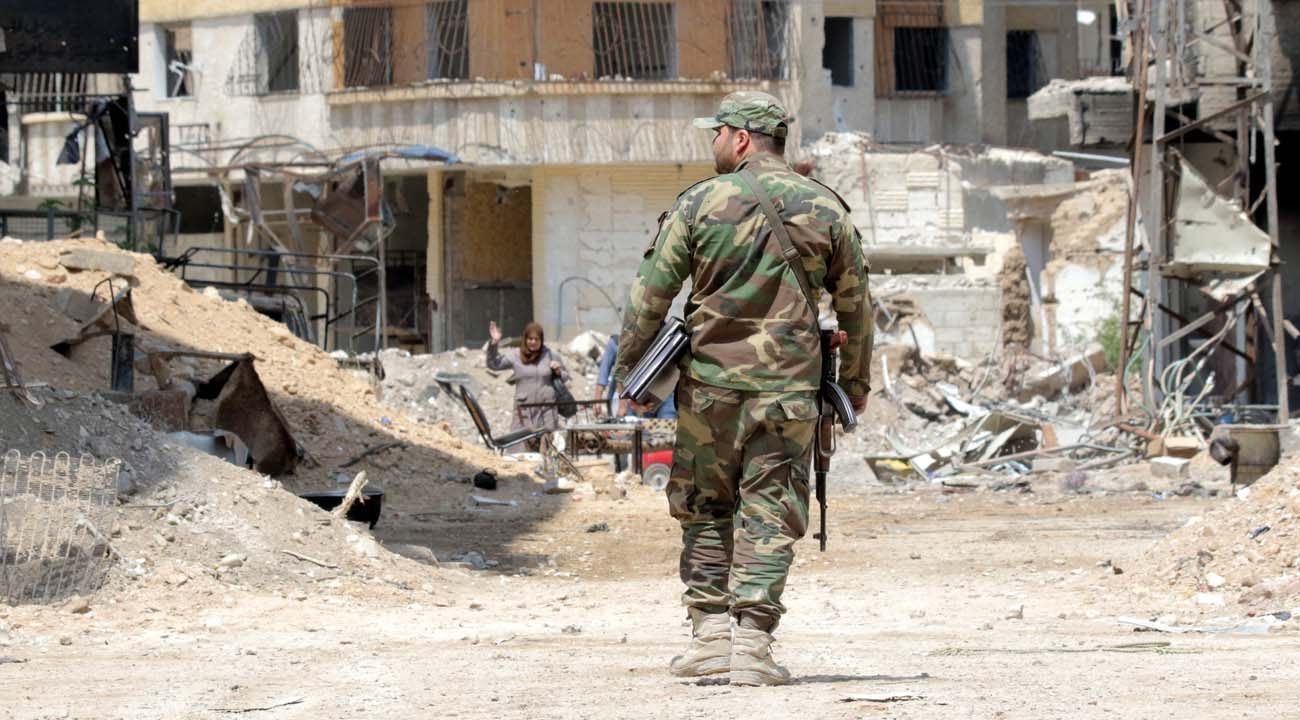 A Syrian soldier walks amid destroyed buildings April 11 in the war-torn town of Ghouta. Lebanese Cardinal Bechara Rai appealed to world leaders to stop the war in Syria and to work for comprehensive peace through diplomatic means. (CNS photo/Yossef Badawi, EPA)

BEIRUT (CNS) — Lebanese Cardinal Bechara Rai appealed to world leaders to stop the war in Syria and to work for comprehensive peace through diplomatic means.

“As the great powers are beating the drums of a new war against Syria, we regret the absence of a language of peace from the mouths of senior officials in our world today,” said Cardinal Rai, patriarch of Maronite Catholics, in an address April 12 directed to the international community.

In reference to the stance of world leaders toward Syria, the cardinal said, “Most tragically, their hearts are devoid of the slightest human emotion toward the millions of innocent Syrians who have been forced to flee their land under the fire of war, its crimes, destruction, terror and violence.”

“We appeal to the conscience of the great powers and the international community to work to end the war and to bring about a just, comprehensive and lasting peace through political and diplomatic means — not military,” Cardinal Rai stressed.

“The people of the Middle East are entitled to live in peace and tranquility. The declaration of war is very weak,” he said, adding that peacebuilding is the ultimate in heroism. “Among the great powers, you will remember that we all know how to start wars, but we do not know how they end.”

Noting that Lebanon has hosted more than 1.1 million refugees, or nearly half of its population, “at a time when most European countries have closed their doors,” Cardinal Rai continued: “We ask today, did these countries which are beating the drums of war bear a fraction of the hardship due to the displacement of the Syrian population?”

Cardinal Rai’s appeal came amid threats of military retaliation against Syria over the alleged use of chemical weapons against civilians in the Ghouta region.

U S. President Donald Trump has said that “missiles will be coming.” But on the morning of April 12, Trump tweeted, “Never said when an attack on Syria would take place. Could be very soon or not so soon at all!”

NEXT: Eight Canadian dioceses withhold funds to Development and Peace