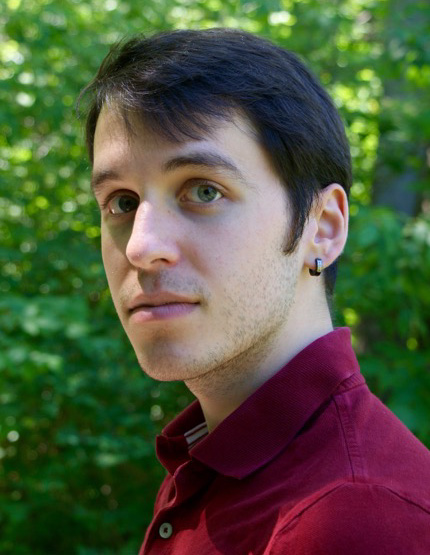 A sold-out performance about the first African-American priest will feature music from a composer born and raised in the Philadelphia Archdiocese.

Tony Manfredonia, a graduate of two area Catholic schools and Temple University, wrote the score to “Tolton: From Slave to Priest,” a one-man, multimedia drama that will be staged on Sept. 25 at La Salle University by St. Luke Productions.

Now based in Michigan, Manfredonia learned of the play through an April 2017 EWTN radio interview with writer and director Leonardo Defilippis.

“I thought, ‘Wow, he presents movies and stage shows about saints,” said Manfredonia. “So I emailed him and sent several samples of my work.”

Within a few months, Manfredonia found himself writing the soundtrack for Defilippis’ latest show, which recounts the life of Father Augustus Tolton, a 19th-century slave whose family fled Missouri to seek freedom in Illinois.

Raised in the Catholic faith, Tolton discerned an early call to priesthood but was refused admission to U.S. seminaries due to entrenched racism. Assigned to Chicago after his ordination in Rome, Tolton battled discrimination while steadfastly maintaining that the Catholic Church was the true path to liberation for African Americans.

Tolton died at age 43 in 1897, and his cause for canonization — which will be presented before a theological commission in February 2019 — was opened in 2011.

Manfredonia said that the score of “Tolton” relies heavily on spirituals, a genre of religious folksong developed by African slaves in the U.S. throughout the 18th and 19th centuries. During preproduction, Defilippis sent Manfredonia a list of such hymns, including “Steal Away to Jesus” and “Sister Mary Had-a but One Child,” which became the theme songs for Tolton and his mother respectively.

“’Steal Away’ just felt like Tolton’s theme,” said Manfredonia. “And ‘Sister Mary’ felt very motherly; it was Tolton’s own mother who guided the family out of slavery.” In fact, Martha Jane Tolton had rowed her young children across the Mississippi River during their escape.

Although only about 20 percent of his current compositions are religious in nature, the “Tolton” project complements Manfredonia’s deeply held Catholic faith. His parents, Jim and Cheryl, are the founders of Domestic Church Media, an EWTN radio and television affiliate based in Trenton, N.J. Cheryl, a parish music director, introduced her son to hymns at any early age.

“I’d be sitting behind the organ as she was playing a funeral Mass,” said Manfredonia. “I lived and breathed it.”

After attending Queen of the Universe School in Levittown, Manfredonia graduated from Holy Ghost Preparatory School in Bensalem. Prior to his studies at Temple University, however, he struggled with his own bondage – specifically, to anorexia.

While in treatment, Manfredonia created a blog to share his journey to recovery. One reader, Maria, sent a direct message of support, and the two began corresponding. In May 2014, Manfredonia traveled to Maria’s hometown in Michigan, a meeting that proved life-changing.

“When I saw her in person, it was an unreal experience for both of us,” he said. “It closed the deal; God just intervened. I proposed to her a few months later.”

The two married shortly after Manfredonia graduated Temple in 2016 with a degree in music composition. From their home in northern Michigan, Manfredonia writes full-time while also serving as music director of a local parish.

Manfredonia’s secular music, which ranges from critically acclaimed string quartets to orchestral and operatic pieces, has been performed throughout the United States and Great Britain. At the same time, Manfredonia has scored a number video games, including “Two Brothers,” “Rot: Purge” and “Kharon’s Crypt.”

“There’s a misconception that video game music is all beeps and boops, but depending on the game, there’s so much great music,” said Manfredonia, a longtime gamer. “It’s very similar to film soundtracks.”

(Listen to samples of Manfredonia’s soundtrack to “Tolton: From Slave to Priest.”)

Whether writing music for a zombie apocalypse or for Sunday Mass, Manfredonia relies on faith as part of the creative process.

“I always start my mornings with prayer, especially to St. Joseph and to the Holy Spirit,” he said. “I surrender. And then I just start writing something.”

Manfredonia maintains a strict schedule that prioritizes marriage and family life. While artists are often known to work long and irregular hours, he reserves at least one full day a week to spend with his wife.

“She is my vocation, and so much of that is just time together,” he said.

Although only 25, Manfredonia favors a more traditional approach to liturgical music, one that relies on chant and minimal instrumentation. Citing the maxim of “lex orandi, lex credendi” — an ancient insight that the manner of prayer shapes belief — Manfredonia crafts hymns reflective of “the beauty and grandiosity of what’s happening on the altar.”

Manfredonia’s artistic commissions often require him to work with others who oppose his convictions, a challenge that both tests and transforms his faith. Before heading to New York to rehearse his opera “Ghost Variations,” Manfredonia consulted his pastor for advice on how to remain rooted in his beliefs without insulting his collaborators.

“He told me to smile, be myself, and love them,” Manfredonia said. “And I navigate it by just loving them as human beings.”

With the “Tolton” soundtrack complete, and having also scored the film version of St. Luke Productions’ “Faustina: Messenger of Divine Mercy,” Manfredonia will travel to the Philadelphia area for a September premiere of “Rejoice in the Holy Spirit,” a concert band piece commissioned by Holy Ghost Preparatory School. Next month, he plans to develop a work for mezzosoprano, viola and saxophone, with his wife’s poetry as a text.

“It snows seven months out of the year here,” he said. “My wife and I like to hike, and I’m always reinvigorated by getting away and experiencing creation.”