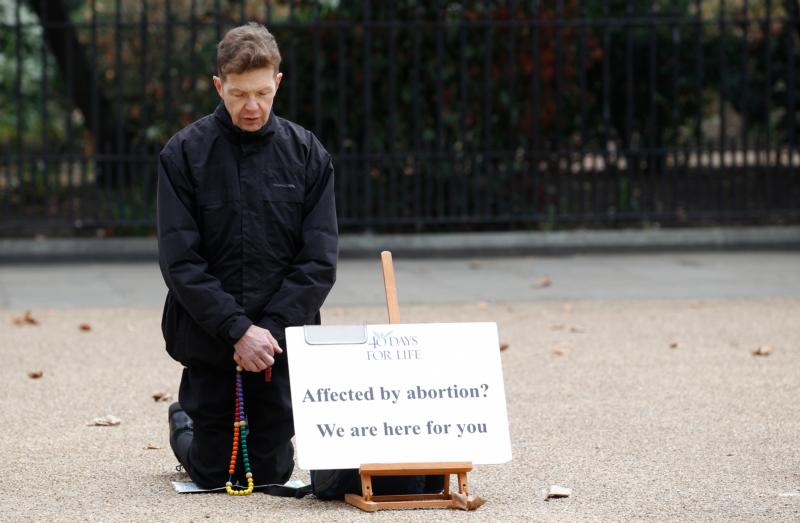 LONDON (CNS) — A council in London could become the second local authority in the U.K. to approve an exclusion zone around an abortion clinic.

A regulatory committee of Richmond Council voted Feb. 6 to make it a crime to attempt any form of interaction with staff or visitors to a center run by the British Pregnancy Advisory Service in Twickenham, a suburban area of southwest London.

If the Public Spaces Protection Order is sanctioned by a full meeting of the council, it will be the second to be used to create a “buffer zone” around an abortion clinic.

The decision by Richmond Council follows a 2018 decision by Ealing Council, London, to create a 218-yard zone around a Marie Stopes clinic. That policy is due to face a legal challenge in the Court of Appeal.

Both councils have alleged that individuals participating in pro-life vigils have harassed and intimidated women going for abortions.

Elizabeth Howard of the Be Here for Me campaign, in support of the vigils, said: “It is shocking to see how Richmond has acted on allegation rather than evidence in bringing in this censorship zone.

“They have deliberately chosen to outlaw charitable activity that has a profoundly positive impact for many vulnerable women,” she said in a statement emailed to Catholic News Service.

“Harassment and intimidation (are) never acceptable outside abortion centers and, thankfully, the council and police have wide powers to deal with any problematic behavior,” she continued. “However, expelling pro-life vigil members at the behest of noisy activist groups in the absence of clear justification is extremely damaging for our society.”

Alina Dulgheriu, the Romanian former nanny who is bringing the legal challenge against Ealing, said in a Feb. 6 statement she was “devastated” that a second local authority was adopting the same policy.

“I am challenging Ealing in court because I cannot accept that women facing desperate situations will not be able to discover the extensive support that is available to them,” she said.

But Rachael Clarke of the British Pregnancy Advisory Service, the largest private provider of abortions in the U.K., said she was delighted by the decision.

“Anti-abortion protesters have been outside our clinic on Rosslyn Road almost every day since 2013, distressing women and intimidating staff,” she said in a statement posted on the organization’s website.

“This activity includes standing immediately at the clinic gate, handing out leaflets with false medical claims like abortion causes breast cancer, and larger groups singing hymns on the pavement loudly enough to be heard in the waiting room,” she added.