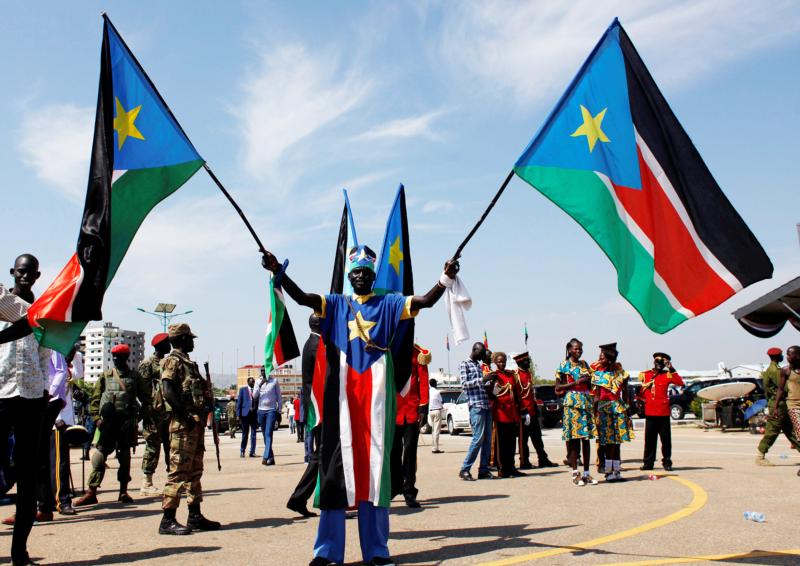 SILVER SPRING, Md. (CNS) — Officials with the Catholic Legal Immigration Network criticized the federal Department of Homeland Security for its March 8 decision granting an 18-month extension of Temporary Protected Status for South Sudan because it does not include recent arrivals from the war-plagued country.

DHS Secretary Kirstjen Nielsen announced the TPS extension would cover only the 84 South Sudan refugees who currently benefit from the program and have been in the United States since Jan. 25, 2016.

To include the new arrivals from South Sudan, Nielsen would have had to “redesignate” the TPS program, a decision that CLINIC’s executive director called “morally reprehensible.”

“South Sudan is experiencing one of the worst humanitarian crises in the world,” said Anna Gallagher, head of CLINIC since February, in a March 8 statement. “This conflict is notorious for the violent targeting of civilians as well as sexual and gender-based violence regularly used as a weapon of war.”

“Redesignation would have been in keeping with the law and congressional intent,” Jill Marie Bussey, CLINIC director of advocacy, said March 8. “Redesignation would have allowed people who have more recently fled from the conflict to apply for protection. That could be hundreds of people. South Sudanese who currently have TPS and more recent arrivals from South Sudan are in equal need of protection and safety. This is why TPS exists.”

The Christian and animist population South Sudan, which became independent from Sudan in 2011, had prior to independence been routinely been subjected to targeting and deprivation from Sudanese military forces, especially in the Darfur region.

Nielsen’s extension of TPS to the 84 South Sudan refugees who currently qualify for it, came five days after the legal deadline of March 3. To be eligible under the current designation, “along with meeting the other eligibility requirements,” these individuals must have continuously resided in the United States since Jan. 25, 2016, and have been continuously physically present in the United States since May 3, 2016, according to a DHS news release.

They can “register for an extension of their status for 18 months,” which goes through Nov. 2, 2020, the agency said. “Prior to the conclusion of the 18-month extension, the secretary will review conditions in South Sudan to determine whether the TPS designation should be extended again or terminated.”

CLINIC, which is based in the Washington suburb of Silver Spring, was among the more than 300 organizations and individuals across the religious spectrum who signed a letter in February asking Nielsen to grant an 18-month extension to current TPS beneficiaries from South Sudan status and redesignate TPS for the African nation.

A statistical analysis issued last September by a five-member team from the London School of Hygiene & Tropical Medicine said the conflict in South Sudan has likely led to 400,000 “excess deaths” since the civil war began in 2013, close to half of them in 2016-17 alone.

The findings, the study said, “point to a conflict that, for civilians, has been arguably even more violent than has been reported, and that has caused massive waves of displacement. Violence itself appears to be the key driver of overall mortality and of deaths indirectly attributable to the war.”