Catholic Social Services honored for its aid to pregnant women 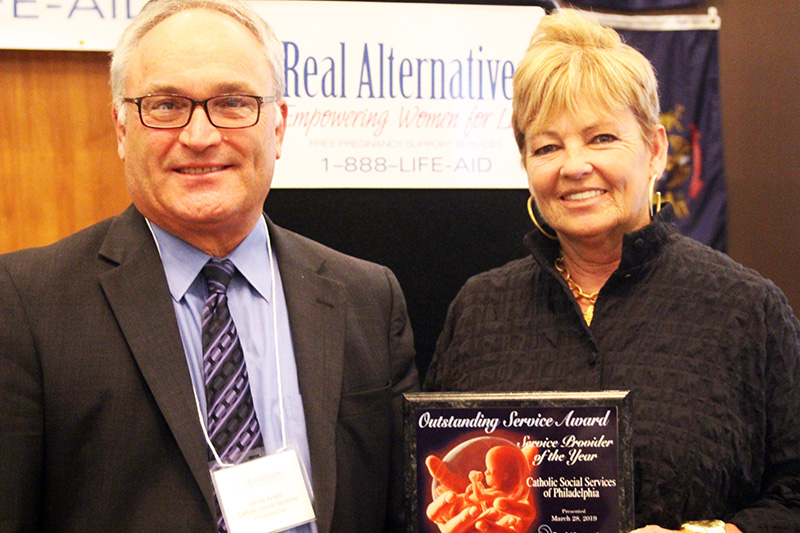 For the seventh consecutive year, Catholic Social Services (CSS) of the Archdiocese of Philadelphia has been named Service Provider of the Year by Real Alternatives, the non-profit organization that administers Pennsylvania’s Pregnancy and Parenting Support Services Program.

“I’m proud to be part of a church and part of an organization that supports women who are pregnant, and does so in such a positive way,” said Amy Stoner, director of CSS’s community based and homeless services divisions.

The archdiocesan agency reaches clients through its five family service centers located throughout Philadelphia and its surrounding counties.

(Read a related article on the work of Real Alternatives.)

The mission of Real Alternatives and its providers is more urgent than ever, said Harrisburg Bishop Ronald W. Gainer, president of the Pennsylvania Catholic Conference, which is the public affairs arm of the state’s Catholic bishops and dioceses.

During his luncheon remarks, Bishop Gainer pointed to a “new ferocity and a bold extremism” among those in favor of legalized abortion. 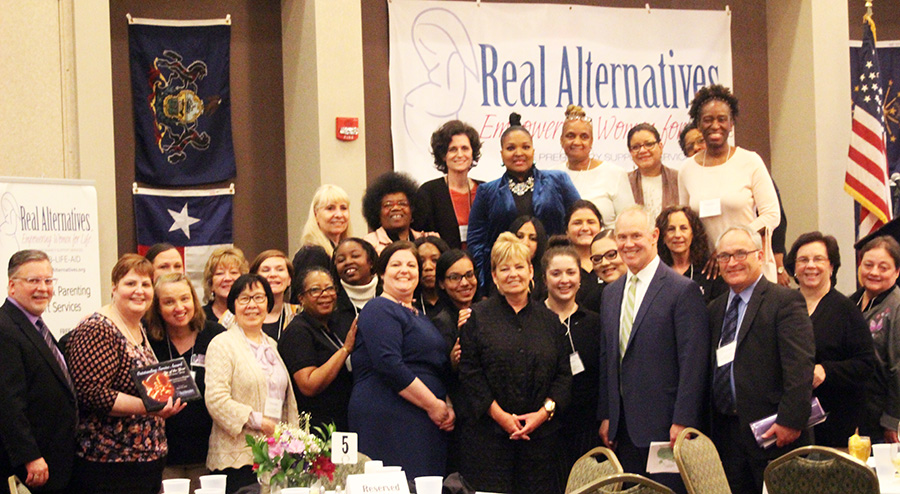 “Those who embrace and promote the culture of death … are inevitably reduced to that kind of desperation,” he said, noting that both a “contempt for the science of fetal development and for common sense” obscures the recognition that “life is sacred, and begins at conception.”

In his keynote address, state Rep. Mike Turzai said that the “sonogram has given us a veritable window into the womb (where) … we can observe in detail the complex life of the child before birth.”

Turzai, the Republican majority leader and speaker of the state house, commended the more than 155 conference attendees and said the number of abortions sought by Pennsylvania residents reached an all-time low in 2017, while there has been “an overall decline in abortions by 27.7 percent” since the inception of the Real Alternatives program in 1995. The agency’s website reports that more than 302,000 clients have been served to date.

Turzai drew applause for his pledge to secure “increased funding and less bureaucratic entanglement” for Real Alternatives providers. He said payments for providers, including CSS, totaled $6.4 million in 2018.

According to Stoner, every penny of such funding is maximized by CSS, which provides specific services that are reimbursed by Real Alternatives according to its guidelines and parameters.

At present, CSS receives approximately $500,000 each year in such reimbursements. The balance of its funding for this work is generously subsidized by the Archdiocese of Philadelphia and the Catholic Charities Appeal.

“We’re investing in the number of counselors that we hire,” said Stoner. “And we’re hiring very dedicated, passionate people who live out the commitment to respecting life from its earliest moments.”

Stoner added that CSS actively seeks out women who find themselves overwhelmed or uncertain when facing motherhood.

“We go where pregnant moms are, and we make a connection with them,” she said.

Incarcerated women “are hungry to connect and to talk about their pregnancy in a place that can be depressing,” and women in recovery need help in remaining focused on their sobriety while raising children, Stoner said.

Stoner noted that poverty in particular makes many women “abortion vulnerable.” Financial struggles can profoundly impact an expectant mother’s health, which is why she and her team provide “comprehensive help with very practical things,” including access to supplies, benefits, medical attention, parenting resources and, if clients request, adoption services.

(Read a related column by Archbishop Charles Chaput on the movie “Unplanned.”)

Because of its long history and numerous partnerships, CSS offers a continuum of care for pregnant women, tailoring its approach to best serve the needs of a given client.

“Every pregnant woman we encounter has her own unique story,” said Stoner, noting that this individualized approach has led pro-life advocates such as the Sisters of Life to increasingly refer women to CSS, she added.

While the prospect of bringing a child into the world can be daunting, Stoner stressed that CSS “wants to celebrate motherhood.”

“We offer community baby showers, Mother’s Day teas – fun activities and cool things that draw in women whom we might not otherwise reach,” she said.

After a woman gives birth, CSS remains equally invested in her and her child.

The factors are part of the Strengthening Families program, an internationally recognized social services model originally developed in the 1980s by psychologist Karol L. Kumpfer and now implemented widely throughout the United States. CSS utilizes the program at a number of its agencies, including its Catholic Community Services and Out of School Time (OST) sites.

“One of the things that we want to do is build community,” she said. “Moms-to-be need to be around other moms-to-be, to learn from them and gain support.”

Norristown resident and mother of eight Ruth Sanders has relied on CSS’s pregnancy and parenting services for six years.

“I love them to death, and they have been a real blessing to me and my family,” she said.

Over the years, CSS’s Norristown Family Service Center staff has provided Sanders and her family with food, diapers, children’s clothing, beds and even a $25 card for the local laundromat when the wash had piled up.

In addition to meeting such practical needs, CSS provided parenting classes in which Sanders has earned several certifications. She is now exploring options for assisting fellow parents by volunteering at the center.

Stoner said that such ongoing connections between CSS staff and clients are at the heart of the agency’s mission.

“I’m really proud of the fact that they have confidence in us,” she said. “They put their trust in CSS to journey with them through their pregnancy and beyond.”

PREVIOUS: Hispanic families, with their sons, get special day at seminary

NEXT: On ‘Ultimate’ day, 130 young adults join seminarians for Frisbee