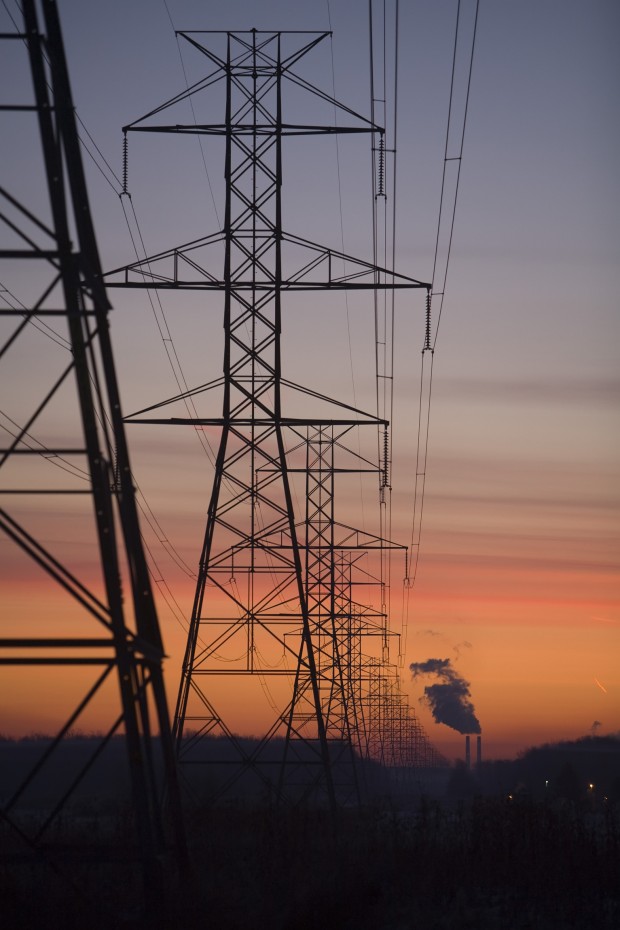 WASHINGTON (CNS) — Given their knowledge of Catholic social teaching on the environment, those who make it their stock in trade to promote stewardship of the earth using Catholic principles say the two major presidential candidates' positions on environmental issues leave something to be desired.

“Like many issues of concern to the Catholic community, neither President (Barack) Obama nor Governor (Mitt) Romney seem to give climate change or environmental justice the serious attention these issues deserve,” said Dan Misleh, executive director of the Catholic Coalition on Climate Change. “But the same could be said of reducing poverty, ending abortion and the death penalty and so on.”

Holy Cross Brother David Andrews, a senior representative for the Washington-based think tank Food and Water Watch, noted that both candidates are supporters of hydraulic fracturing, a process by which water is injected into rock to release natural gas.

“Fracking” is the colloquial term for the process. Opponents say it has the potential to contaminate ground water and affect air quality.

“So far in the election, the quality of the environment is really not on the map,” said Walt Grazer, a consultant for the National Religious Partnership on the Environment and a former director of the U.S. bishops' environmental justice program. “Whether that changes between now and the election, or in the debates, remains to be seen.”

Grazer, though, gave credit to the Catholic bishops for keeping the environment on their national agenda.

“They're right on the mark,” he said. “They call it a moral issue, protecting the earth and the environment, and then they attach it right away, I think, to issues of vulnerability.”

In the U.S. bishops' statement “Forming Consciences for Faithful Citizenship,” it says: “We have a moral obligation to protect the planet on which we live — to respect God's creation and to ensure a safe and hospitable environment for human beings, especially children at their most vulnerable stages of development.”

Later in the statement, it adds, “Protecting the land, water and air we share is a religious duty of stewardship and reflects our responsibility to born and unborn children, who are most vulnerable to environmental assault.”

Obama has called for an “all of the above” energy strategy, which includes fracking, offshore oil exploration and drilling and nuclear power. The offshore oil exploration segment was delayed, but not dropped, after the Deepwater Horizon explosion and massive oil spill in Louisiana's Gulf Coast in 2010. While nuclear power is on the table, no new plants are being built, and existing plants still have no place to send their radioactive waste.

Romney has touted a “North American energy independence” platform which would include energy from Canada and Mexico in a bid to keep energy costs down. He would eliminate tax breaks for solar and wind power, and has said that, if elected, he would approve the Keystone XL pipeline that would send crude oil extracted from Canadian oil sands through the Plains states and on to the Gulf Coast for refining.

“There are some clear differences that I see between the two parties and the two candidates on the environment,” Misleh told Catholic News Service in a Sept. 26 email.

“For instance, Gov. Romney's website does not even include 'environment' as one of the issues his campaign discusses. There is an energy page but nothing about the environment. On the energy page, the discussion has primarily to do with more domestic production of fossil fuels but very little about alternative fuels. The Obama campaign website includes both energy and environment and makes the case for an 'all of the above' approach to energy.”

“I would suggest that Mitt Romney's position is probably not as nuanced as Obama's, because Obama will say you can have natural gas production in the United States through hydraulic fracking, but also give us energy independence,” he said. “I think Mitt Romney's position is you can have hydraulic fracking and natural gas production, but he's less concerned; he won't tell you about the environmental impact.”

Brother Andrews said Pennsylvania and Ohio — both states rich in electoral votes — are currently the two states with the most fracking. But New York state, now under a fracking moratorium, is knocking on the door, and he is apprehensive as to what the state's bishops will say on the topic.

“The bishops of New York, through their Catholic conference, have taken a modest supportive step for the moratorium, but so far, they're not settled on a definite position,” he said. “They're not supportive until certain conditions are met,” he added. Such conditions, according to Brother Andrews, should include provisos that fracking “doesn't poison our wells and our groundwater, if it doesn't hurt us too badly.”

In a campaign where the environment has been a quiet topic, left even more hush-hush is the subject of climate change. The National Weather Service noted that July had the warmest average U.S. temperature in recorded history.

“What's the leadership role of the United States in terms of addressing the issues of poverty and climate change?” Grazer asked.

“These are very large issues and they are so intertwined in the way we run our country and our economy — literally, to fuel our economy — and again what's the environmental impact of that and what long-range policies can we adopt to minimize their impact (on the environment), while minimizing the impact on the economy?” he continued.

“These are challenging questions. I think the bishops are at a good place in addressing these questions because they have a good policy base from which to work.”

NEXT: Little being said on US-led war in Afghanistan on campaign trail