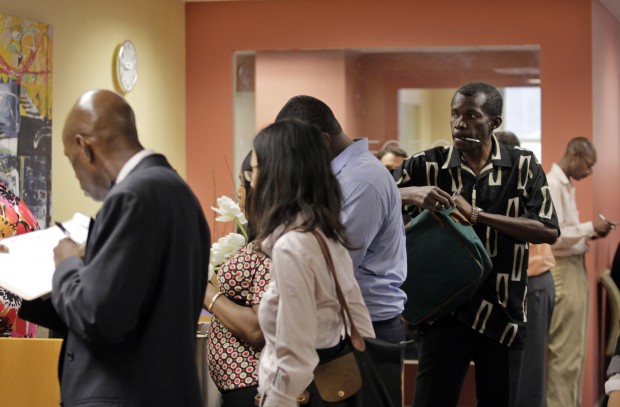 WASHINGTON (CNS) — The nation's economy, which has been put through the wringer, is on center stage for the November elections as voters look to what the two major presidential candidates are saying about the situation and what their response is for getting it back on track.

New economic data reveals a grim picture: The nation's unemployment rate remains stuck above 8 percent, and the U.S. has been in a slow recovery since the recession that began in December 2007 officially ended in June 2009.

As the U.S. Bureau of Labor Statistics puts it, despite the official end to that severe economic downturn, many statistics related to indicators of U.S. economic health — such as employment, construction, manufacturing and consumer spending — have yet “to return to pre-recession levels.”

In August, about 12.5 million Americans were unemployed, while 8 million worked part time and sought full-time jobs.

A report released Sept. 27 by the U.S. Labor Department indicated a slight improvement — mainly for the first time since President Barack Obama took office, the number of jobs in the U.S. has increased. In the year after his inauguration in January 2009, about 4.3 million jobs in the U.S. were lost, but new figures show that since that time 4.4 million jobs have been added.

The other slight bump in economic good news was a jump in consumer confidence in August and steady gains in home prices.

White House officials emphasized there has been steady progress in rebuilding the economy under Obama, while Republican Mitt Romney's campaign said the president has failed to do enough to boost the nation's struggling economy or create more jobs.

Both presidential campaigns put a lot of emphasis on the economy and claim their respective plans will better help the middle class and create more jobs.

Both candidates acknowledge the sluggish economy has a long way to go to improve.

The U.S. bishops similarly have noted the economy's poor condition but have taken it a step further to say it “represents a serious economic and moral failure for our nation.”

The annual Labor Day statement issued Sept. 3 by the U.S. bishops' Committee on Domestic Justice and Human Development said: “Our country continues to struggle with a broken economy that is not producing enough decent jobs. Millions of Americans suffer from unemployment, underemployment or are living in poverty as their basic needs too often go unmet.”

In their quadrennial statement “Forming Consciences for Faithful Citizenship,” offering Catholics guidance for election decisions, the bishops say: “The economy must serve people, not the other way around.”

At their spring meeting in June, the bishops voted to move ahead with a draft of a message on work and the economy that is expected to be ready in time for a final vote at the bishops' fall meeting in mid-November. Titled “Catholic Reflections on Work, Poverty and a Broken Economy,” the message is aimed at raising the profile of growing poverty and the struggles that unemployed people are experiencing. It also would advance the bishops' priority of human life and dignity.

The message would be a follow-up to a Sept. 15, 2011, letter by Cardinal Timothy M. Dolan of New York, president of the U.S. bishops' conference, in which he urged bishops and priests across the country to preach about “the terrible toll the current economic turmoil is taking on families and communities.”

In a July reflection titled “The Economy and the Election,” the bishops of Kansas pointed out that even though the Catholic Church doesn't endorse “specific solutions to our economic challenges,” it can point to the relationship between the economy and morality.

“Unlike issues involving intrinsic evils such as abortion, same-sex marriage and threats to religious liberty and conscience rights, Catholics of good will may have legitimate disagreements about how to apply church teaching in the economic sphere,” they said.

The bishops urged voters to look to candidates who will practice stewardship and provide a safety net for the poor and vulnerable, and to judge “economic choices and institutions by how they protect or undermine the life and dignity of the human person.”

They also noted that just as individual households should live within their means, the government should also “live within its means as an indispensable part of our nation's economic recovery.”

“It is irresponsible for those elected to positions of political leadership to fail to address realistically and effectively government debt and unfunded obligations,” the bishops said.

They added that the United States “at all levels of government, is on an unsustainable fiscal path that, left unreformed, will eventually lead to an economic calamity with disastrous consequences for everyone.”

PREVIOUS: Same-sex marriage an issue for voters on state level this November